A Lyft driver was found shot to death in Phoenix in July. His wife is still searching for answers.

71-year-old Harold Treadwell was found shot and killed near 32nd Street and Baseline Road in July. Police still don't have any leads on his killer. 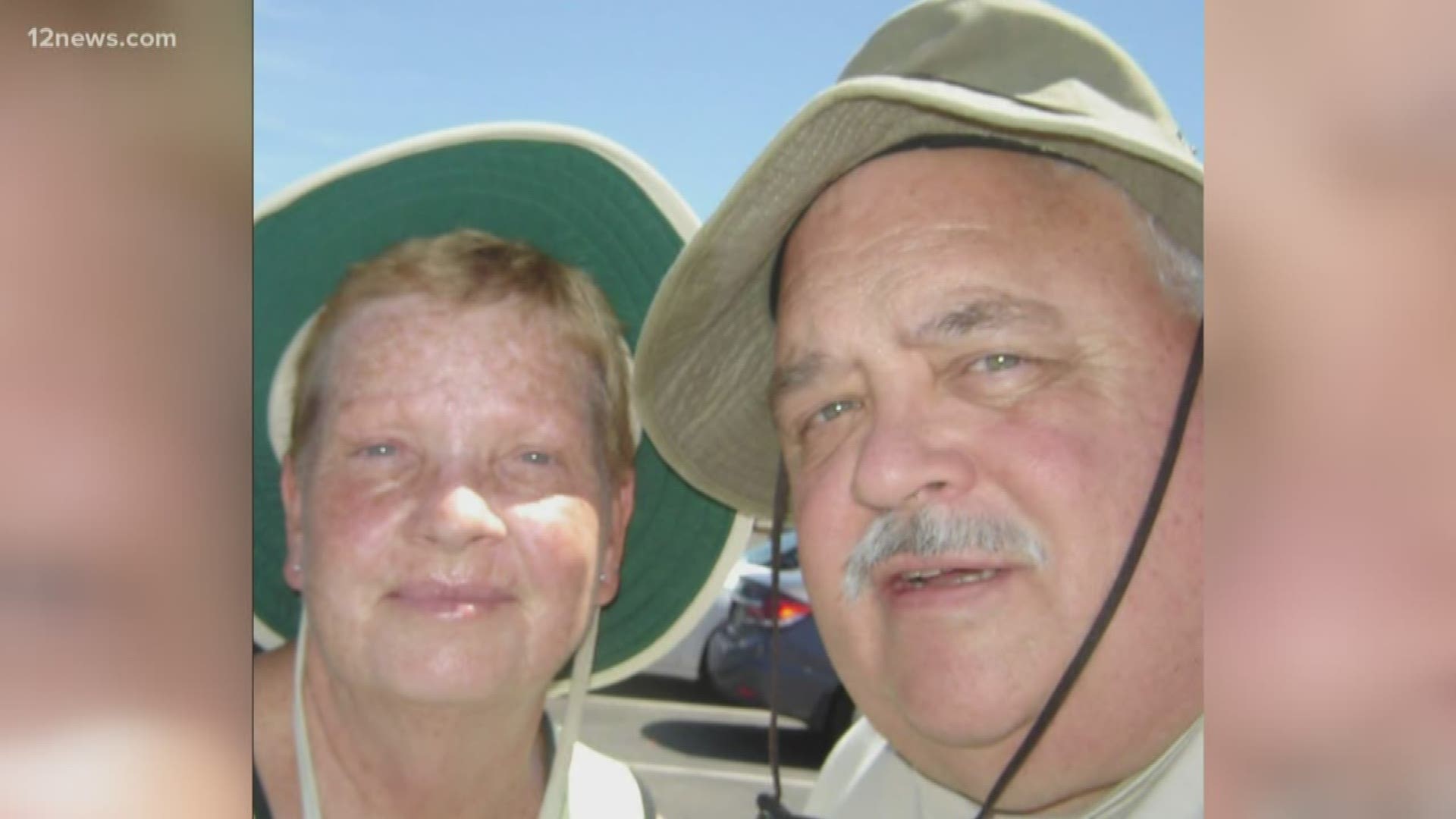 It’s been nearly five months since a Phoenix man was found shot and killed while he drove for Lyft.

Harold Treadwell, 71, was found shot to death near 32nd Street and Baseline Road in July.

Fran, Treadwell's wife of more than 50 years, was on the phone with her husband right before the shooting happened. It was also their anniversary.

Fran gave an emotional plea to 12 News during the first holiday season without her high school sweetheart.

She’s hoping someone can help police track down the person who pulled the trigger.

RELATED: Minutes after wishing his wife 'happy anniversary,' he was found dead

"I didn’t put a tree up this year, because we did that together. It's been rough," Fran said.

"It just didn’t make sense to me what happened."

Harold’s life was cut short back in July, when he was fatally shot while driving down Baseline Road near 32nd Street. A bullet came flying through Harold's car, killing him instantly. 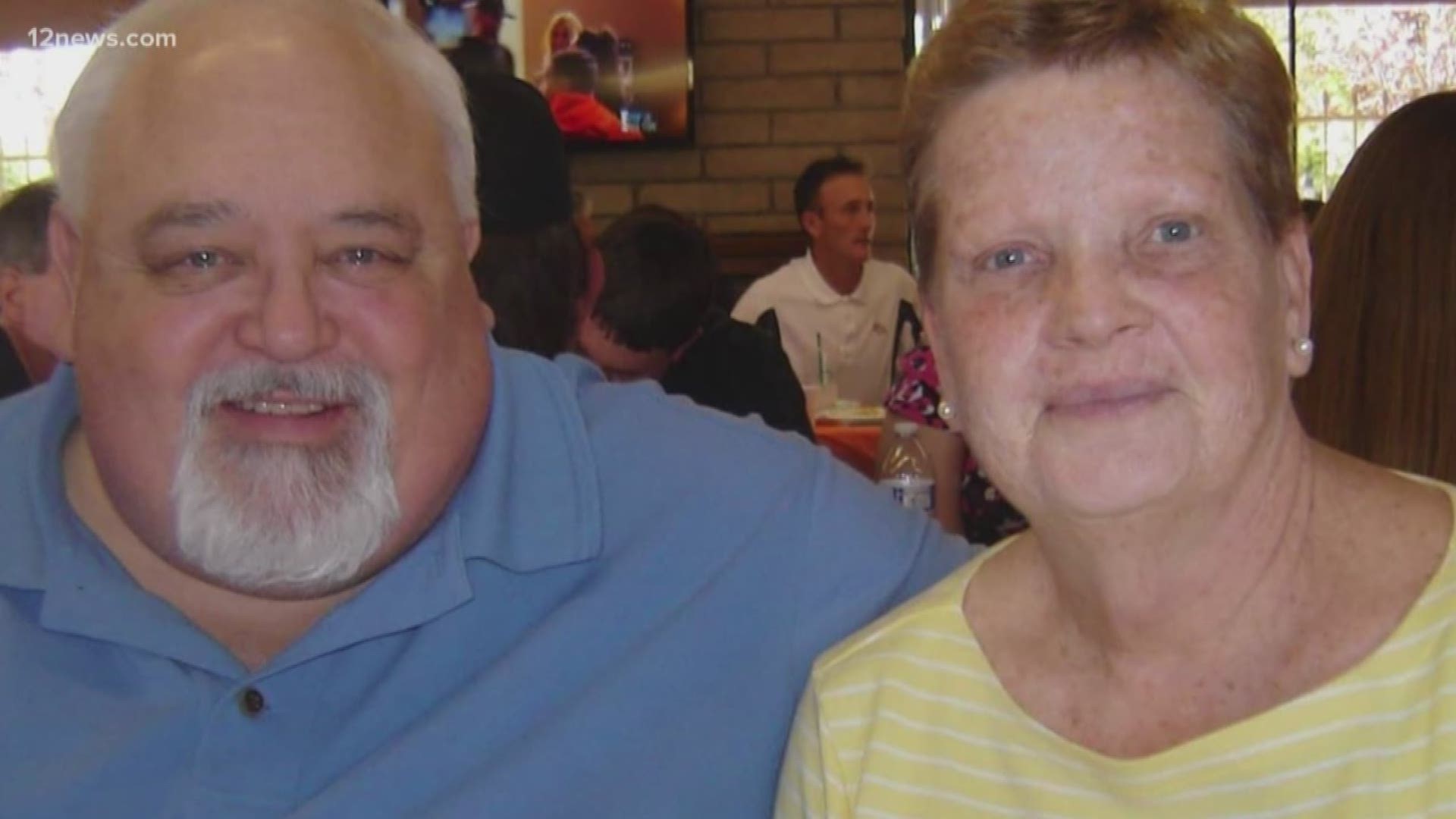 Harold's call to Fran early that morning is one she will never forget.

"He died on our 52nd wedding anniversary and we had just talked... he said he was in a part of town he didn't like, he was going to head back north," she said.

"We said 'I love you' and he said, 'I just wanted to call and say happy anniversary.' We were going out later that day."

Five months later, Fran continues to try to cope with the loss.

Meanwhile, police still don’t have any leads on his killer.

"Somebody knows something," said Treadwell. "Was it an accident, was it on purpose, was is a dare?"

Fran wants to know what happened to her husband -- and ultimately, she wants justice.

"I've accepted it," she said, referring to her husband's death. "God calls us home when it's our time, but it's just how it happened that I can't wrap my arms around."

"It would mean the world to me and my family to get some sort of closure on this," she said.

If you know anything about this case, you can remain anonymous by calling Silent Witness at 480-WITNESS.

There is also a GoFundMe set up to help Fran with her expenses.