“The shooting...the way it occurred, and that second shot particularly, was not warranted not one bit,” the victim's aunt said. 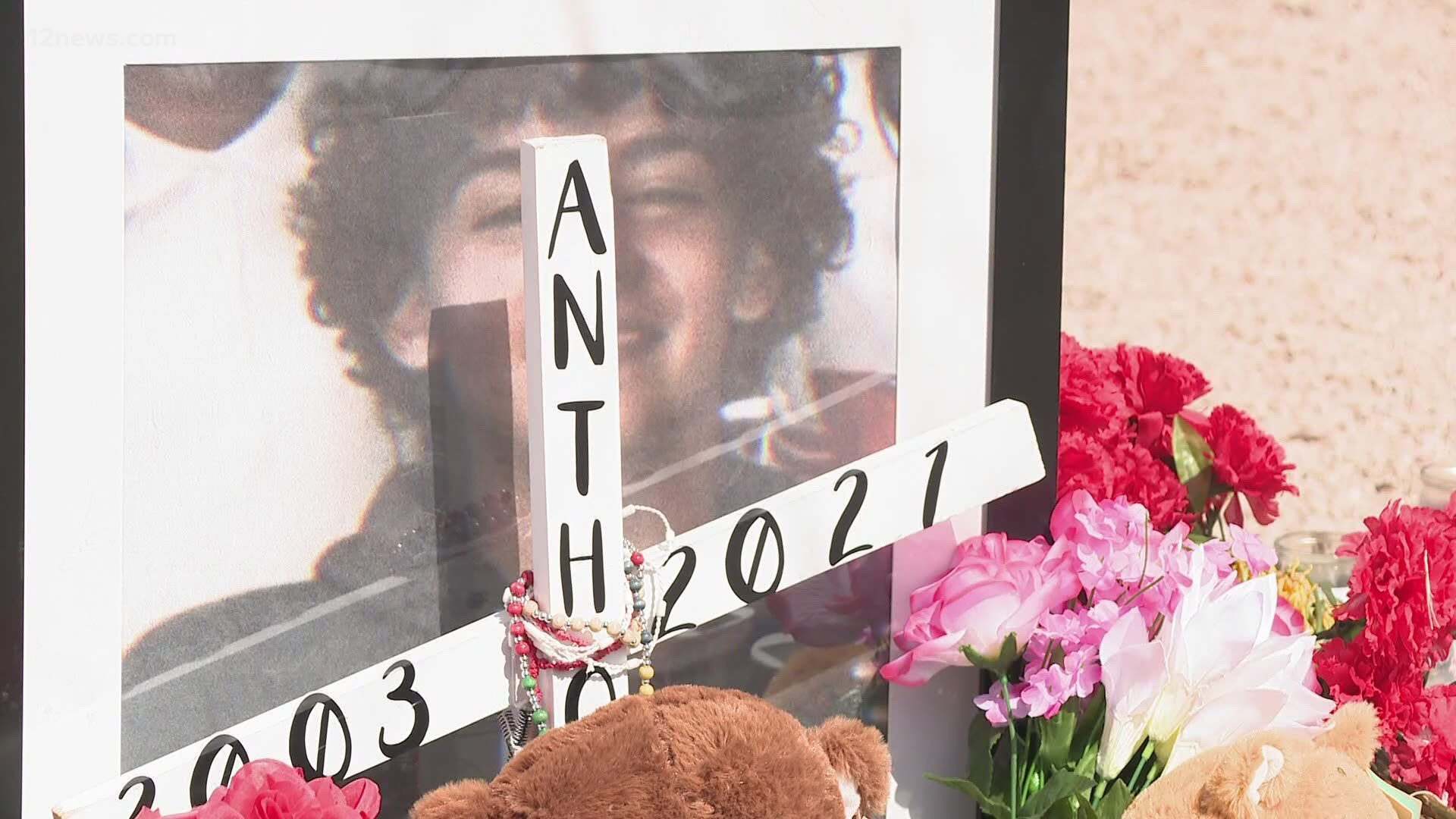 PHOENIX — Editor's note: The above video contains the full video of the shooting because that moment and the officer’s decision is central to the investigation. The content may be disturbing to some viewers. Viewer discretion is advised.

“The shooting...the way it occurred, and that second shot particularly, was not warranted not one bit,” said Anthony's aunt Eva Cano.

In the unedited body camera video from Jan. 2, Bebak-Miller is seen driving behind Cano on his bike with the police lights on, when Cano gets off the bike and begins to run toward Gazelle Meadows Park.

Police said Bebak-Miller saw Cano riding his bike across both lanes of traffic and that is when the officer turned on the lights to make a traffic stop. A foot pursuit ensued ending with Bebak-Miller shooting Cano twice from behind; the second shot while the teenager lay face down on the ground.

New details released into the history of the officer

New details have emerged about the officer's history in the area along with who else was in the patrol car that night.

12 News obtained a copy of the redacted Chandler Police General Offense Report which revealed Bebak-Miller had a civilian passenger in his patrol car the night of the shooting.

The report states around 9:00 p.m. Officer Bebak-Miller picked up someone for a civilian ride a-long and that civilian claimed he "exited the patrol vehicle" during the foot pursuit.

Officer Bebak-Miller was also shot in the leg eight months prior to his interaction with Anthony Cano blocks away from the shooting. On April 28, 2020, Chandler Police were pursuing Rigoberto Polanco Jimenez for allegedly burglarizing cars in the same area when they say Jimenez fired multiple rounds from a handgun and struck the officer in the leg.

“I don’t know if this was a mistaken identity, or angry officer, or a traumatized officer being that he was shot. Maybe he wasn’t ready to come back to work? I can’t tell you all those questions. There is so many things unanswered,” Eva Cano said.

In a statement to 12 News, the family's lawyer Greg Kuykendall called the incident "profoundly troubling" and says "none of this is normal." Kuykendall says the fact was shot a second time as he lay face-down on the ground "mandates an investigation by the federal government."

"Understand that this was an innocent child. At the end of the day he was chased and murdered over a bike light," community leader Jacob Raiford said.

Smith says Anthony's death is another example of systematic racism that exists throughout law enforcement. "It's a system that protects a white police officer, but is allowed to kill a brown body," said Smith. "Allister Adel needs to get her people together, because you'd rather charge black and brown BLM members wrongfully but you can not rightfully charge a white police officer."

The Maricopa County Attorney's Office is reviewing the case and the Chandler Police Department has launched an internal investigation.

12 News has reached out to Chandler Police with questions about the department's protocols for officers involved in prior shootings to return to active duty as well as the department's ride a-long policies.

The department has not returned our station's request for comment.