When the illusion of safety is shattered: How one survivor of a violent crime copes with physical, mental injuries a year later

“The physical part gets very hard in the beginning, just the healing, it takes time. But the PTSD, it doesn't go away," says Susan Angotti. 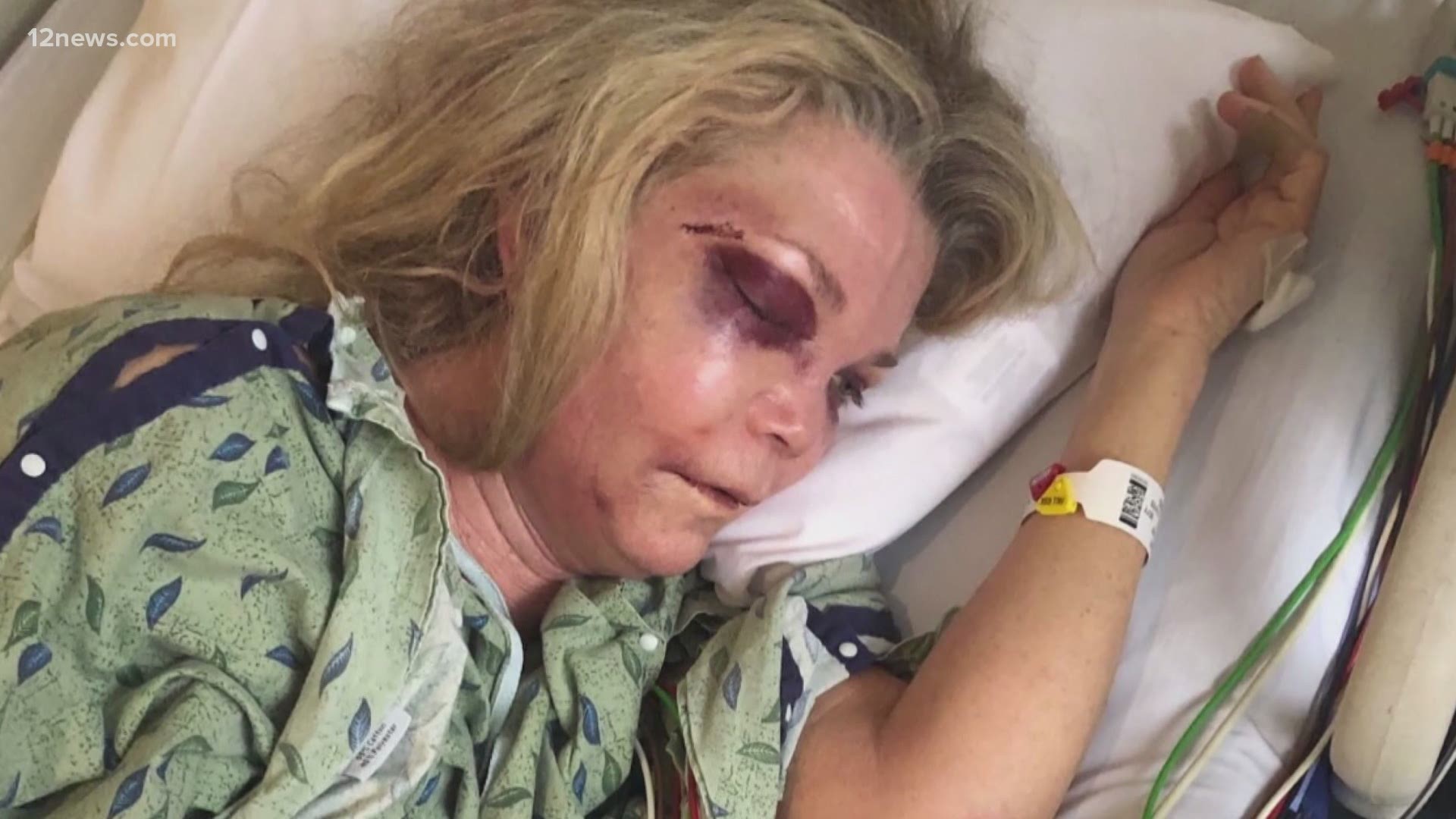 PHOENIX — She remembers talking to a neighbor outside her home. Seeing another neighbor jog towards them. Her next memory is of a paramedic treating her while she laid on the street.

What Susan Angotti doesn’t remember is how then 44-year-old Todd Mertens punched her in the jaw so hard, it sent her flying in the air, landing on the back of her head. She doesn’t remember how another neighbor fought Mertens off her, before Mertens could continue to pummel Angotti.

The attack, for which the motive is still unclear, shattered Angotti’s jaw, caused lacerations to her face, knocked teeth out and caused a brain injury. The cuts healed, the jaw is still healing, her teeth have been fixed. But it’s the injuries that can’t be seen with the eye that still haunt Angotti.

“PTSD has been the biggest struggle for me,” Angotti said. “The physical part gets very hard in the beginning, just the healing, it takes time. But the PTSD, it doesn't go away.”

Angotti has spent the past year in therapy to treat, or learn to live with, the PTSD she acquired after the attack. It is something Angotti wasn’t familiar with before the attack but has since learned too much about it.

“I think I am good, but when something happens that triggers that fear,” she said. “I can’t control it, so I tried to pretend. I go home. That's what I do, I go away so people can’t see me.”

She found that many with PTSD pretend they are okay, when in fact they are struggling inside. Struggling with high levels of anxiety and fear.

While Angotti is still being treated for the physical and mental wounds of the attack, her attacker is sitting in Lewis Prison for the next eight years.

The Honorable Frank Moskowitz, the judge in Mertens’ case, ordered Mertens to be held in a prison that offered substance abuse rehabilitation.

It was an order that, for Angotti, was eye-opening.

“I think that's the part that makes me really sit back and think I need to help support other victims; fight for the rights of us as victims,” Angotti said. “They go to prison because they've done something wrong, but they get fed in a house, they have a bed, showers, medical care.”

She contrasts the free medical care and therapy that is offered to Mertens, to her own situation.

“I'm still being billed for bills from a year ago, medical bills and had to defend myself: My PTSD.”

This has become Angotti’s new mission: to help those who will go through what she has been through. To help those how have had their illusion of safety shattered.

“All I can think of to be there for somebody that's going through what I've been through, because I am strong. At times I feel weak, we all do. But I am strong. I hope I can help somebody,” she said.

“It'll never change if you don't speak up. The world doesn't know,” she added.

Todd Mertens is scheduled to be released from prison in April of 2027. He still hasn’t answered the question why he attacked Angotti.