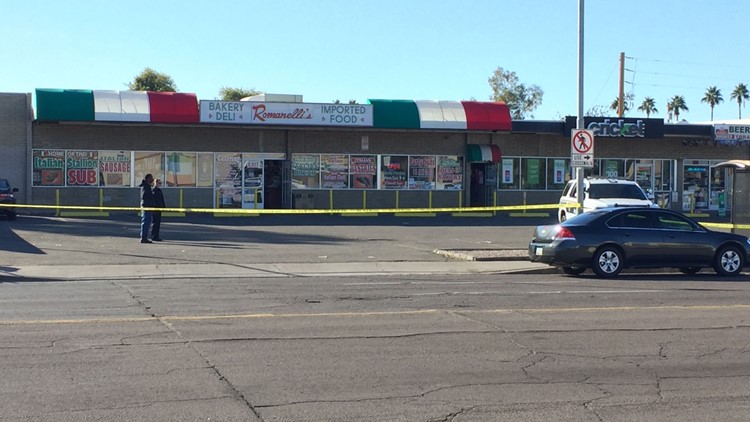 Photo by: Kyle Burton
The scene near 35th and Dunlap avenues in Phoenix, where a man was found shot to death.

A man was found shot to death in west Phoenix on Saturday morning and the suspect in the shooting is still on the loose after fleeing in a light colored passenger car eastbound on Dunlap Avenue.

The Phoenix Police Department said officers responded to a shooting call in the area of 35th and Dunlap avenues around 8 a.m.

Officers found Adams with an apparent gunshot wound. He was pronounced dead on the scene.

Williams is accused of fleeing the area before officers arrived.

Anyone with information is encouraged to call Phoenix Police's non-emergency phone number at 602-262-6151 or Silent Witness at 480-WITNESS or 480-TESTIGO.