According to court documents, Clemente Torres III was going to court for a previous DUI arrest when he allegedly caused a car fire that led to a woman being burned. 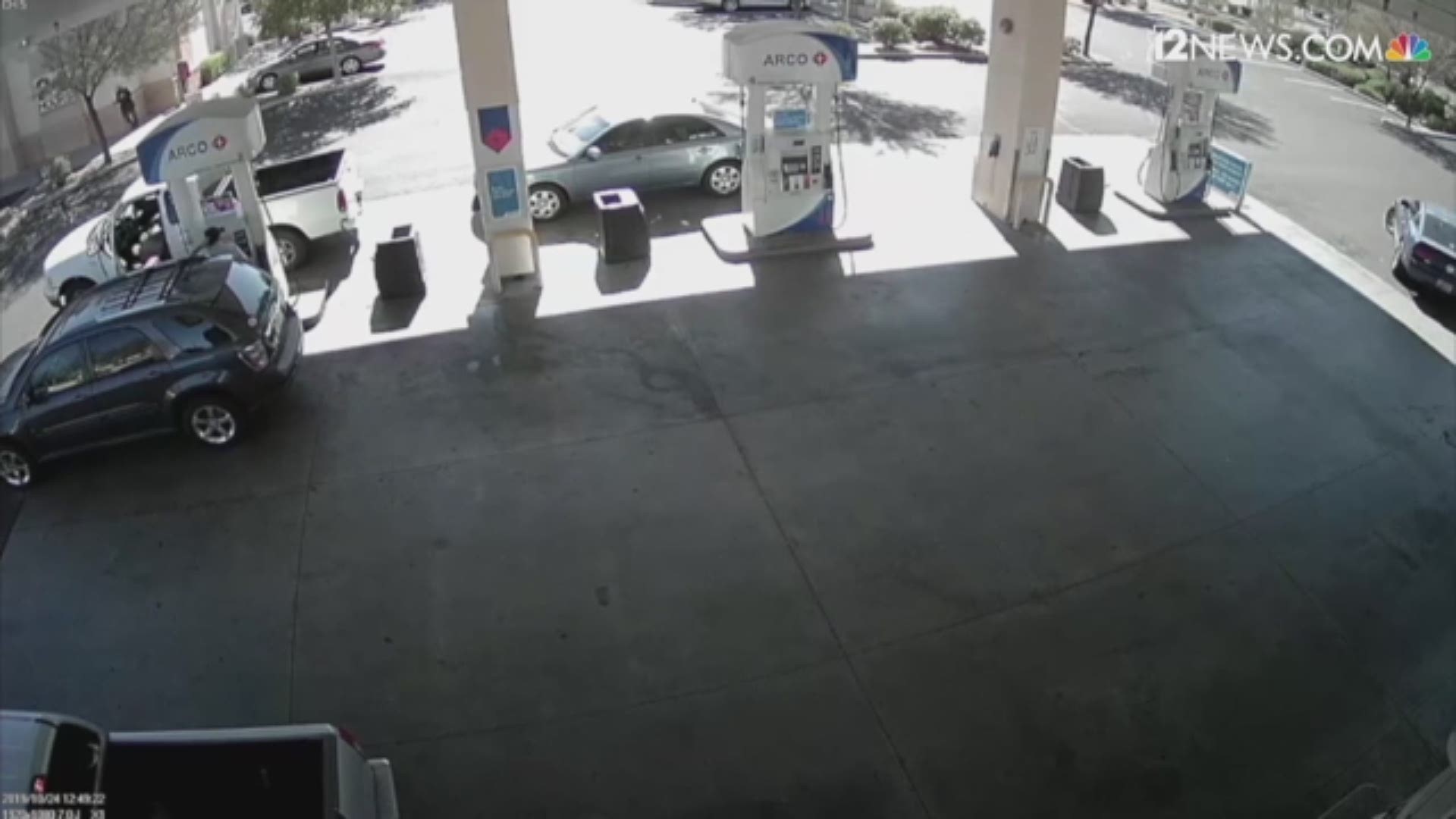 Editor's note: This article was originally published on Oct. 25, 2019. The surveillance video was released on Nov. 20.

A man who was arrested for allegedly driving under the influence and causing a car fire at a Chandler gas station on Thursday that led to a woman being burned on her head and body was on his way to court for a previous DUI arrest, according to court paperwork.

According to court documents, Clemente Torres III was arrested on one count of aggravated assault with a deadly weapon, one count of criminal damage, two counts of endangerment and one count of failure to remain at the scene of an accident.

Torres was driving a blue Ford Mustang at an AM/PM gas station near Alma School Road and Chandler Boulevard around 1 p.m.

He made a U-turn at a high rate of speed at the gas pumps, causing him to lose control and crash into a 77-year-old woman who was pumping gas into her vehicle.

The gas pump immediately caught fire, causing second-degree burns to the woman. She sustained burns to her head, hands, neck and body and was taken to a local burn unit.

Two other people who were pumping gas next to the woman were also injured, according to court documents.

Immediately after the crash, Torres allegedly jumped out of his vehicle and watched as the woman fell to the ground while her hair was on fire. He ran into the store then fled the scene, according to court documents.

Witnesses and surveillance video corroborated the series of events.

Police visited Torres' house after the crash, where family members confirmed that he was heading to DUI court in Tempe for a previous DUI arrest.

RELATED: An intervening car saved the lives of 2 people nearly hit by a red light runner in Phoenix. It was all caught on video.

Torres had the keys of the car in his pocket when police later contacted him. He admitted he was the only person in the car at the time of the crash and was "extremely upset."

Officers smelled a strong odor of alcohol on his breath, court documents said. He was found to have a blood alcohol content of .241 percent after he was arrested, more than three times the legal limit.

Torres is estimated to have caused more than $25,000 worth of damage.

RELATED: Man accused of driving drunk while picking his daughter up from school