Police found the 60-year-old victim lying in the road with head injuries. 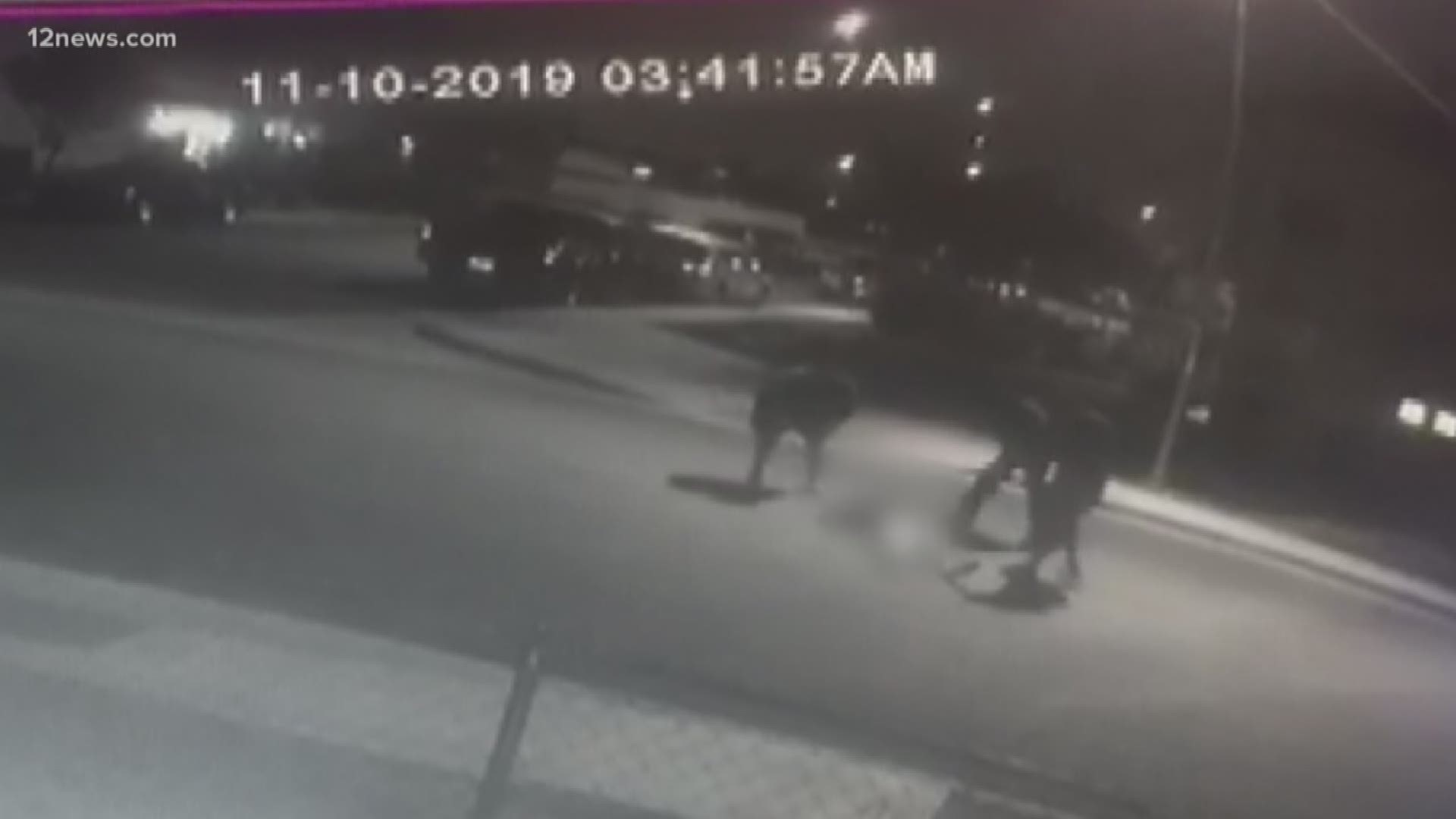 PHOENIX — A 60-year-old man is fighting for his life in the hospital after he was seen on surveillance video being viciously attacked by three men in Phoenix.

Police said the attack happened around 5:30 Sunday morning at the corner of 16th Avenue and Tonto Street in central-south Phoenix.

A neighbor’s surveillance video begins with the victim already lying in the street. We blurred him to protect his identity.

It appears multiple people pass by the man as he lies motionless. Minutes later, the three attackers appear.

One of the attackers kicks him repeatedly as another joins in. The three start to walk away, but one turns around and starts the vicious attack again.

The video skips ahead, showing the victim on the sidewalk, and the three approach him again.

Officers later found the victim in the roadway with head injuries. He is now in a hospital in extremely critical condition.

We still don’t know what started the attack.

Police said they are looking for three teens or young men between 16 and 20 years old.

• Suspect hospitalized, no officers hurt in shooting near Carl's Jr in west Phoenix