Nathan Moore is accused of sex abuse of a minor, and investigators believe there may be more victims. 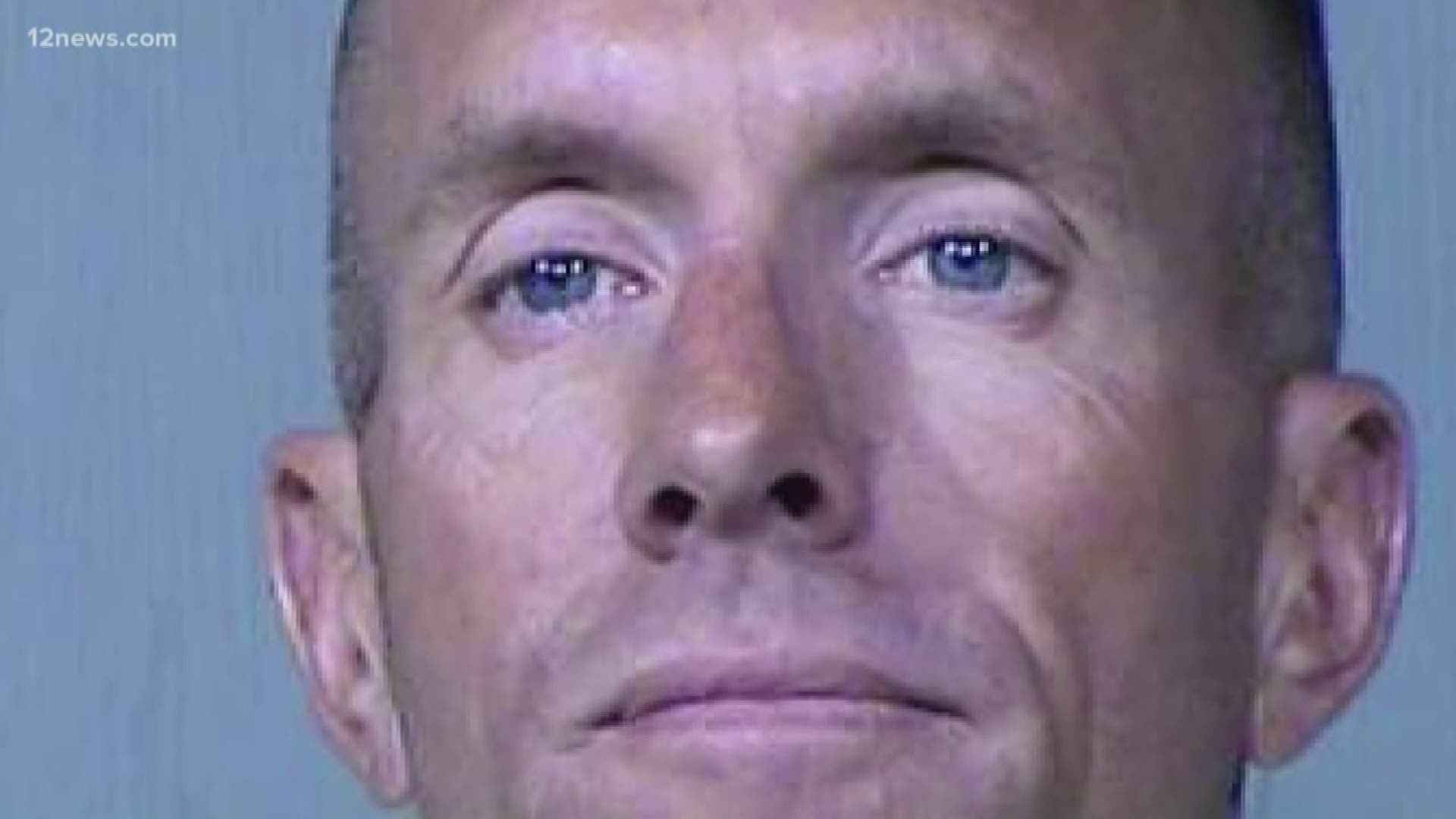 PHOENIX — A Valley swimming coach has been arrested by the Maricopa County Sheriff's Office. 43-year-old Nathan Moore is accused of sexual abuse and sexual conduct with a minor.

Moore was booked into the Fourth Avenue Jail and is being held on a $100,000 bond.

MCSO detectives found out about the case in March when the parents of an alleged victim told them their daughter had disclosed that she had been in a sexual relationship with Moore, who was her swim coach.

The girl says Moore coached her since she was 13, but he started touching inappropriately in the Lifetime Fitness pool area in Scottsdale when she was 15, documents show.

In 2018, Moore moved to the Anthem Community Center, where he continued to coach swim.

Documents say Moore would drive the alleged victim to swim practice, and before he took her home, he took her to the Anthem Outlets parking lot and sexually abused her.

The girl claims Moore told her to not tell anyone about their relationship and to delete their text messages so her parents wouldn't find out, documents say.

She also says Moore told her their relationship was OK as long as they weren't having sex, but according to the document, they ultimately did, starting when she was 16.

The alleged victim says in court documents that she ended the relationship when she was 17 because it felt "weird."

According to court documents, the girl came forward because Moore was coaching her younger sisters, and the alleged victim was concerned the same thing would happen again.

In a phone call monitored by investigators, Moore acknowledged touching her inappropriately and having sex with her while she was underage, documents say.

Investigators talked to the alleged victim's younger siblings, who told police they have not been sexually abused.

Detectives say Moore had coached at gyms, high schools, aquatic and community centers around the Valley.

Investigators think there may be other victims out there. Anyone with further information should contact MCSO at 602-876-1011.

RELATED: 16 marathons in 16 days in spite of the coronavirus