Frank Lawrence made no attempt to stop when he hit 22-year-old James Ackerman Jr. with his pickup truck, Mesa police say. 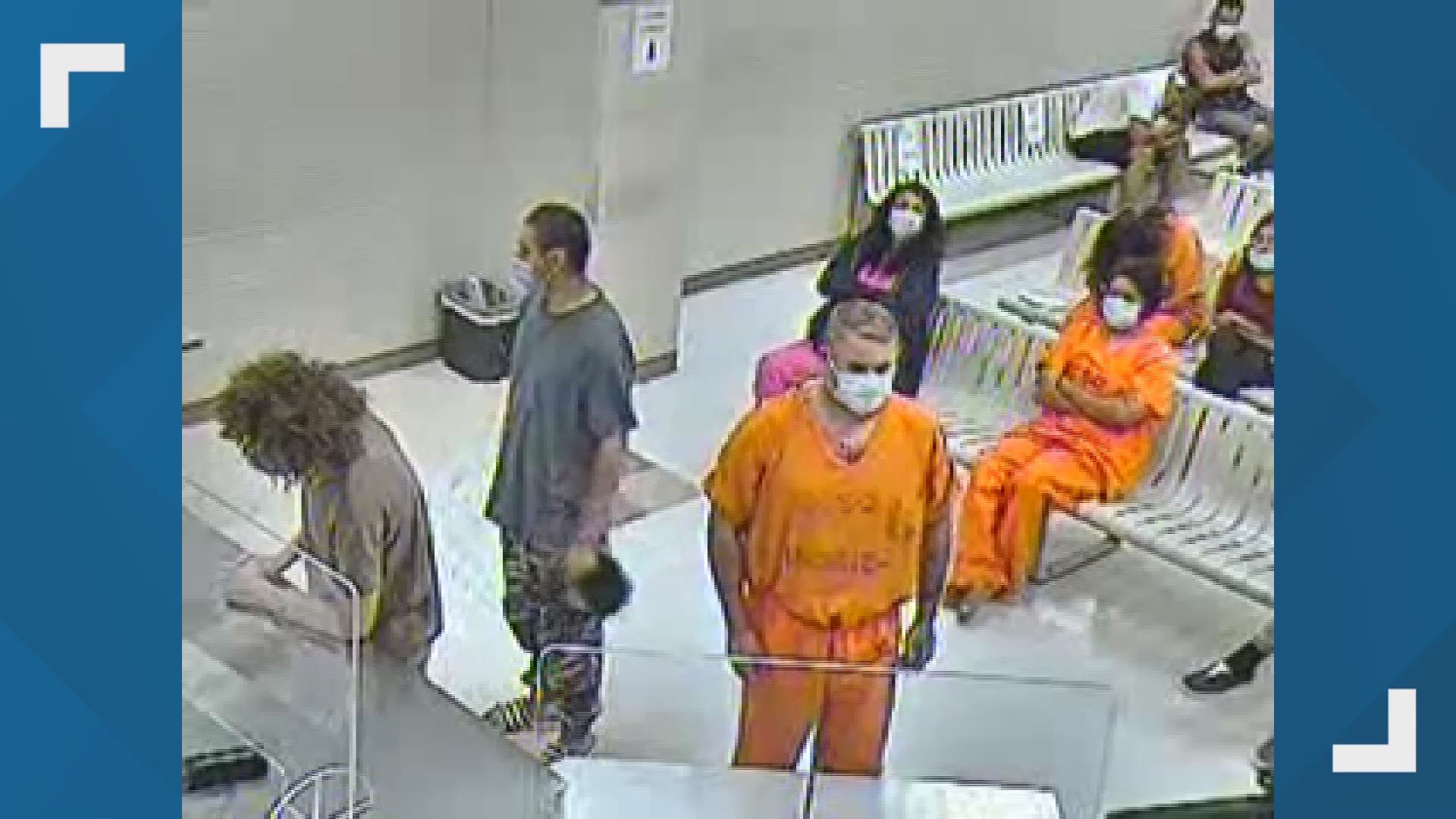 MESA, Ariz — A Valley man appeared in front of a judge on Thursday for an alleged fatal hit-and-run incident that happened in January.

Mesa police said they booked Frank Lawrence on Wednesday for first-degree murder, aggravated assault and leaving the scene of a fatal accident.

He allegedly hit and killed a man with his pickup truck after an altercation on the road.

The incident happened on Jan. 11.

Investigators said Lawrence was driving a Dodge Ram pickup truck northbound on Alma School Road near Southern Avenue, when he drifted into the next lane where a woman was driving with 22-year-old James Ackerman Jr. The woman honked.

Lawrence reportedly began driving erratically, moving in and out of lanes. Ackerman began recording the incident.

The woman drove her car into an apartment complex off of Alma School Road. Lawrence reportedly followed her into the complex and confronted her while she was in her car.

Lawrence reportedly punched the woman through the open window. At that time, Ackerman got out of the car and video recorded Lawrence and his truck.

Lawrence drove away and Ackerman ran after the truck to record his license plate, according to police. Ackerman ran onto Alma School Road.

Police alleged that is when Lawrence whipped a U-turn and drove past Ackerman and then turned around again intentionally driving right at him. Lawrence hit him and drove away, according to police.

Police said he did not attempt to stop.

Ackerman was taken to the hospital where he later died.

Investigators used cell phone video, surveillance video from the area and other evidence to identify Lawrence.

In court on Thursday, Lawrence was held under a $1 million bond. Prosecutors said he was already facing a felony charge of aggravated assault for allegedly headbutting someone in a separate incident.