The suspect has died, and no law enforcement officers were injured. 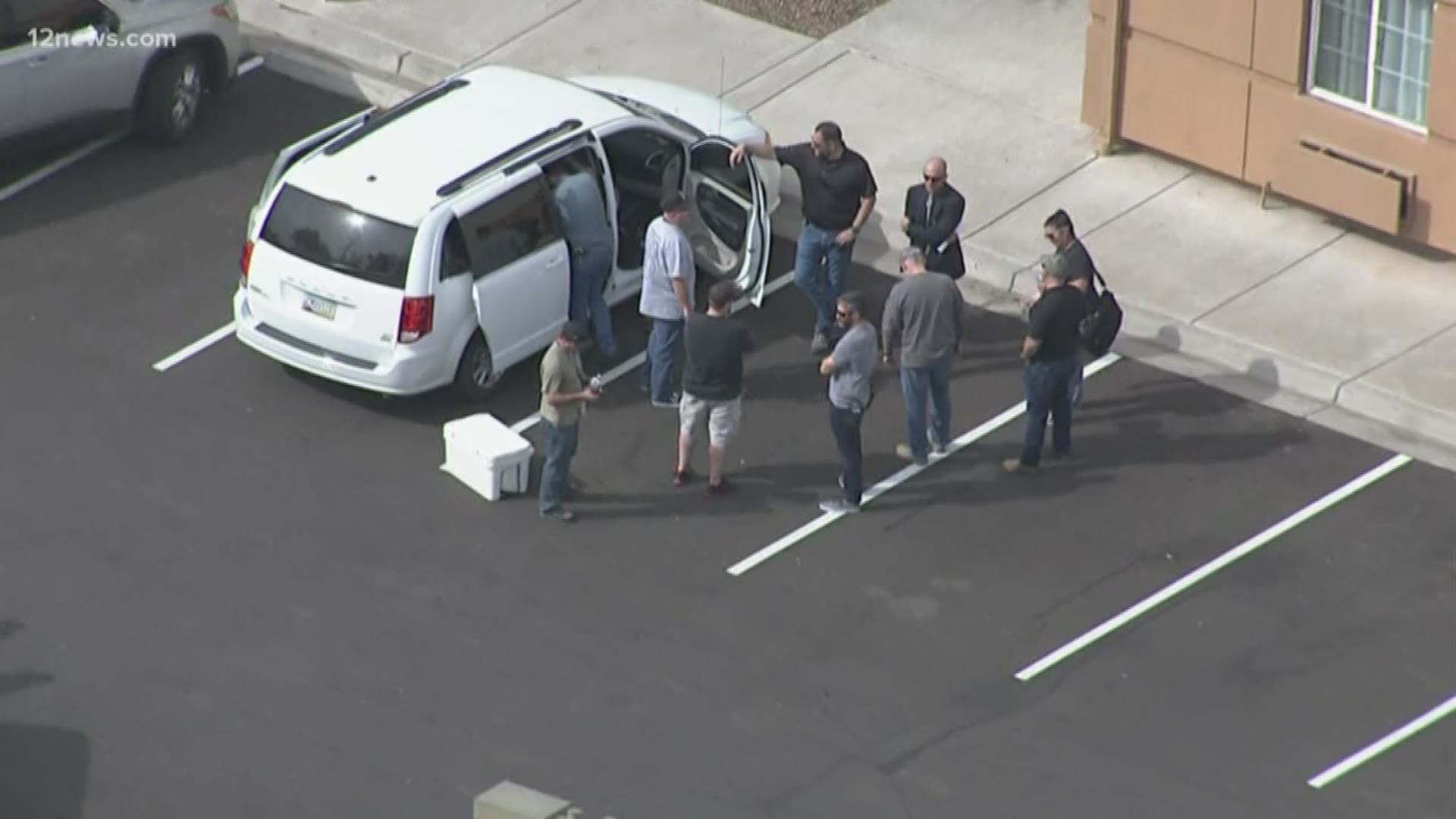 PHOENIX — The FBI is investigating a shooting near I-17 and Peoria Avenue Friday afternoon that involves the U.S. Marshals Service, Phoenix police say.

The FBI said the U.S. Marshals were trying to arrest a wanted suspect when the shooting happened. Officials did not say what the suspect was originally wanted for.

The suspect was taken to a local hospital, where they later died. No law enforcement officers were injured, the FBI said.

Sky 12 video shows several law enforcement vehicles in the parking lot of a Candlewood Suites. Almost a dozen people were seen standing outside a white van.

The FBI said this is an ongoing investigation, and no further information will be released at this time.