Police are still making arrests nearly a year later after the civil unrest in downtown Scottsdale that led to looting in May of last year. 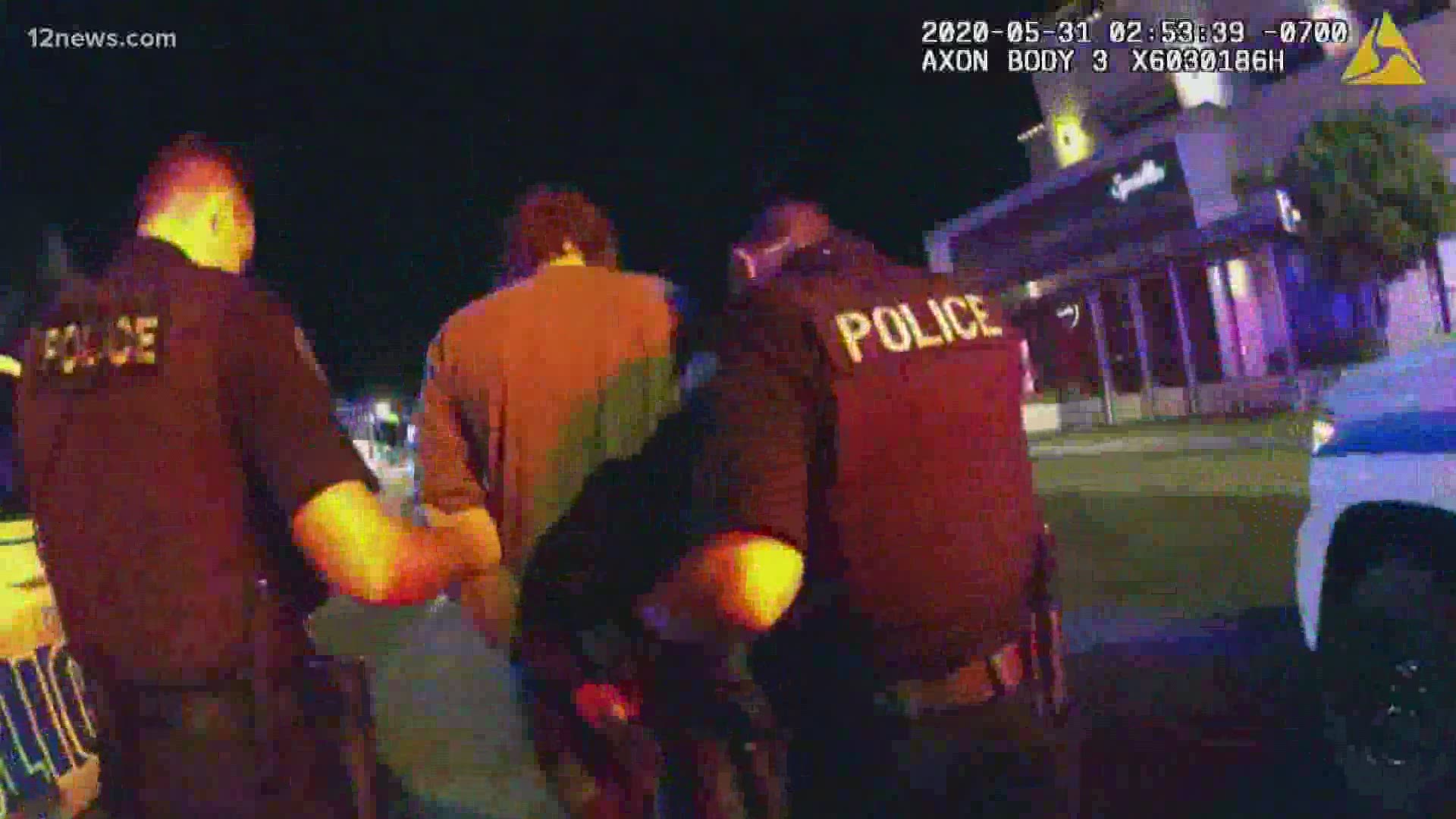 Two more people have been arrested by Scottsdale Police for their alleged involvement in a looting in downtown Scottsdale, nearly one year after the incident happened.

The Scottsdale Police Department said it has now arrested 57 people post-incident for their involvement in crimes on those nights in May 2020.

Scottsdale PD said Nicholas Dowd, 20, was arrested after evidence showed he broke into an AT&T Store on the corner of Scottsdale and Camelback roads. Police say Dowd was booked and released on charges of burglary.

Police say Rochel was identified as a suspect after attempting to sell items that were stolen from a Montblanc store during the looting. Police say $6,370 worth of property was recovered.

In total, Scottsdale PD says more than $241,000 worth of merchandise has been returned to businesses.

Meanwhile, the department continues to investigate incidents from those nights.