A pregnant mother stuck in the chaos last May at the Westgate Entertainment District tells 12 News she didn't know if she *or her unborn son* were going to make it. 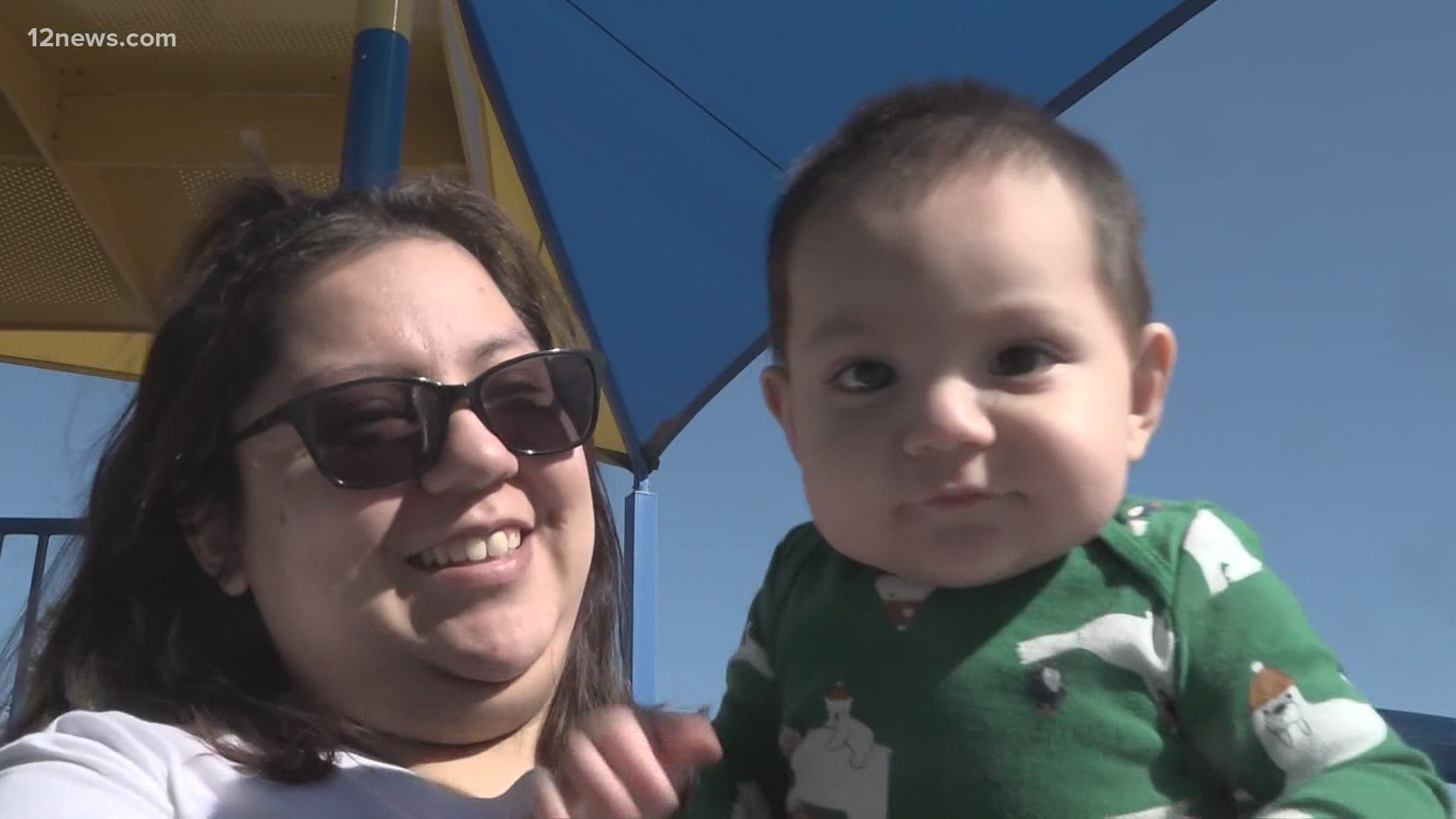 GLENDALE, Ariz. — Stephanie Vasquez just sat down to eat at Westgate Entertainment District.  It was supposed to be a night out with her husband Reynaldo, 4-year-old son Damian and some friends, the first time they'd really been out since the pandemic started in March.

But this night in May would soon take a sharp turn.

"All of a sudden we heard what we thought at first were fireworks," Vasquez explains.

But when they realized it was gunfire, everyone tried to take cover.  Shortly after 7 p.m., Glendale police say a gunman opened fire at the mall, striking three people.

"We all just took a dive down," she says. "I just remember falling down straight to my stomach."

Stephanie wasn't shot, but she was nine months pregnant and landing on her stomach sent her body into shock. Her family and friends managed to move to a back hallway behind Mama Gina's and that's when the pain started setting in and contractions started coming.

"I just remember so much pain," she says. "So much pain. Kept hearing a lot of people crying. Mainly little kids. I couldn’t believe that this was happening to all of us."

In police body-camera video, you can see officers rendering aid to some of the gunshot victims while also trying to alert first responders that Stephanie was going into labor and needed help.  Her husband was trying to make her comfortable as friends held Damian.

"I had already previously lost a kid," she says. "I lost my oldest daughter."

Her daughter, with medical complications, died in 2018.  And in those moments at Westgate, wondering if they're going to make it, a dark thought flashed through her mind.

Eventually, they were rushed to the hospital, where doctors did everything they could to stop the contractions.  The new baby wasn't due until June.

Whatever doctors did, worked.  The contractions stopped and Stephanie was able to go home with her family.  Two weeks later, Santiago came into the world, happy and healthy.

"I’m just glad nothing bad happened to him," Stephanie says.  "It’s crazy how we women are so strong, so powerful like our bodies tend to protect them."

Police arrested then 20-year-old Armando Junior Hernandez at the scene after he dropped his gun and surrendered to police.  In the hours following the shooting, Hernandez tells a detective he wanted to shoot at couples and that he had a "dark side."

The three people shot that night all survived the shooting.

It still haunts Stephanie and her family.

They couldn't do fireworks on the Fourth of July last year and they haven't been back to Westgate.

"It’s crazy because Westgate used to always be my main place," she tells.  "I used to always be happy to go there. I haven’t gotten the courage to actually step foot there without thinking this might happen again."

"In a way, he made me the strong mom that I am today."

Watch 12 News' coverage of the incident last May: