Alissa Turney was first reported as a runaway in 2001, but a break in the case led police back to Alissa's own family and left them with more questions than answers. 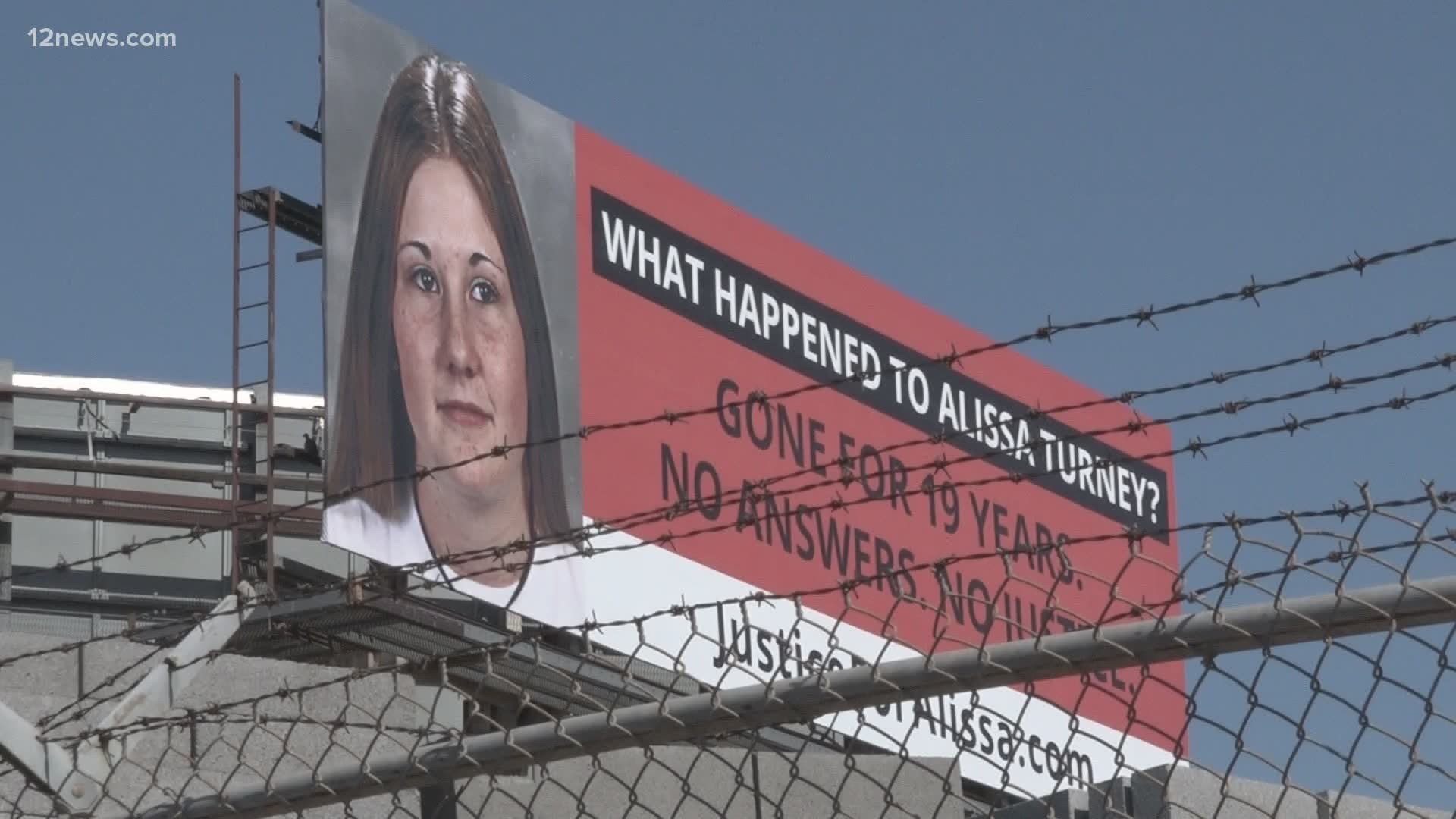 PHOENIX — If you’ve been out near 1-17 near 19th Avenue and the Durango curve, you might have seen a bright new billboard.

It highlights Alissa Turney, a Phoenix teen who disappeared without a trace nearly 2 decades ago and so far, no one has been arrested in her case.

"She was like every girl in the early 2000's," says Alissa's younger sister, Sarah.  "With silver eye shadow and bracelets up her arm. That big huge smile.  There was no one cooler than Alissa."

But Sarah Turney’s bond with her big sister was broken the day she vanished after class at Paradise Valley High School.

"It was the last day of her junior year in high school," Sarah explains. "She was 17-years-old.

When Alissa disappeared in May 2001, she was living with Sarah and her stepfather, Michael Turney.

She was originally reported to Phoenix Police as a runaway.

The case was quiet for years, until 2006 when a man falsely confessed to harming Alissa.

After police ruled him out, they turned back to Alissa’s family.

"They started looking into possible persons of interest and narrowed it down pretty quickly on our father."

That investigation led friends and family to come forward with more information about the relationship between Michael Turney and Alissa.

“The totality of circumstances known to police prompted the focus on Michael Turney as the suspect,” Sgt. Cox told Dateline.

The case takes a sharp turn in 2008 when Phoenix Police raid the Turney’s home, where police found numerous weapons including 26 explosive devices and a manifesto.

Turney was arrested and spent nearly a decade behind bars for the explosives, leaving Sarah to weigh the mystery around her missing sister and suspicions about her own father.

"When I asked him what happened to Alissa, he said come to my deathbed and I’ll give you all the answers you want to hear," Sarah tells.  "It really just solidified it that he’s not the man I grew up with. I don’t know that man."