The lead detective who investigated Richard Ramirez opens up to 12 News about the new Netflix series and Ramirez's Arizona ties. 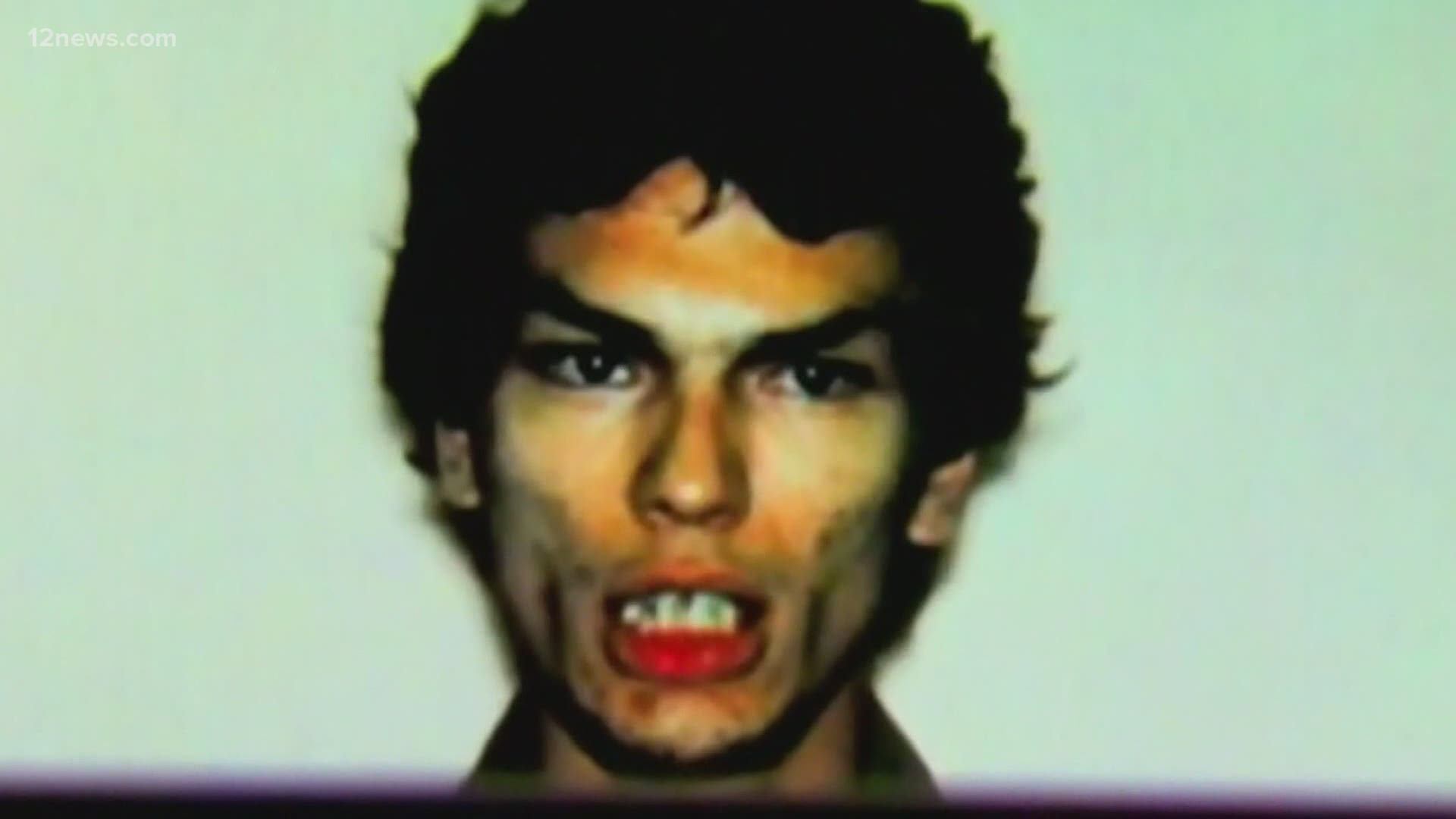 PHOENIX — Richard Ramirez, known as the "Night Stalker," is one of the most vicious serial killers the nation has ever seen.

The man, who claimed to be the son of Satan, murdered more than a dozen people at random and caused Californians to live in fear for nearly six months in 1985.

Ramirez died in prison in 2013 but is the subject of a new Netflix documentary series called Night Stalker: The Hunt for a Serial Killer.

While Richard Ramirez is a name known across The Golden State, many may not realize that the Night Stalker has several ties to Arizona, including committing at least one heinous crime here.

1. Richard Ramirez had family in Arizona

Gilbert Carrillo, a now-retired detective with the Los Angeles County Sheriff's Department homicide bureau, was assigned to investigate the Night Stalker in 1985.

Carrillo and his partner are the main characters in the new Netflix series, which takes the viewer through the Night Stalker's series of crimes from the perspective of the detectives.

In an interview with 12 News, Carrillo said Ramirez grew up in El Paso but had a brother who lived in Arizona.

Since Ramirez's death, his niece in the Tucson area, Shelly, has spoken out about her uncle.

2. The shoe connecting crimes was sold only in Arizona and California

Carrillo said that in his more than three decades as a law enforcement officer, no case has compared to this one. He was a young detective when he was assigned the case.

“No other case, no other kind of work that I’ve done reaches the magnitude of this one. The impact it had. The length that it took to work," Carrillo said.

“I was still the youngest investigator in the bureau with the least amount of experience.”

Carrillo said he and his partner ran into a number of challenges when investigating the prolific killer. Their main problem? Ramirez had no M.O. Everyone was a target.

“His only consistency was his inconsistency," Carrillo said.

Ramirez used a variety of weapons on his victims. He would break into random homes, sometimes murdering and raping the residents. In other cases, he would snatch children from their beds, assault them, then let them go.

Some victims report being told to praise Satan. Ramirez would often leave devilish symbols in the homes he would terrorize.

“I’ve got one man committing a crime that’s never been committed in criminal history before so trying to get others to believe in what was going on was extremely difficult," Carrillo said.

One of the initial clues tying the multiple crime scenes together was a unique shoe print.

It was an Avia shoe. At the time, only six pairs in that particular size and color had been distributed: Five went to Arizona and one went to Los Angeles.

“This was a unique shoe and at that time only one was sold in Los Angeles that particular size and that particular model. We never did recover the shoe, however," Carrillo said.

3. Ramirez was in Arizona the day before he was caught

After five months of searching, authorities in California were able to identify the suspect as Richard Ramirez.

Law enforcement agencies across the state published Ramirez's name and photo. At that time, Ramirez had been linked to crimes in Los Angeles, San Francisco and Orange County.

At the time, Carrillo was concerned about releasing his identity.

“If he sees the news, then the chase is on and it would have made it a little more difficult because now he’s intentionally hiding," Carrillo said.

But it just so happened that on the same night his name was published, Ramirez was in Arizona looking to visit his brother.

“He got to Arizona couldn’t find his brother so on [August] 30th, which is when we identified him and released him to the press," Carrillo said.

"Fortunately for us, Richard was on a Greyhound bus coming back from Arizona into LA. He has no idea that he’s wanted.”

It wasn't until Ramirez stepped off the bus and saw his face on the front page of a newspaper that he realized he had been made.

Detectives were already staking out the bus depot and were positioned to catch the killer.

Carrillo said Ramirez jumped on a city bus but was quickly identified by others on the bus. When he got off, he ran into a neighborhood in Los Angeles and was again recognized. Citizens helped restrain him until police arrived to arrest him.

4. Carrillo says Ramirez admitted to a crime in Arizona

Carrillo believes, though, Ramirez was responsible for even more destruction, including a violent incident in Arizona. Carrillo said Ramirez admitted to it during an interview.

“There was an Arizona crime. It was an elderly couple. He beat them but neither one of them died and we notified the particular agency but because we had everything going up here, they really didn’t care to jump into it," Carrillo said.

At the time of Ramirez's arrest, law enforcement agencies from Phoenix to Tucson were asked to look at unsolved cases to see if Ramirez could have been the culprit.

Ramirez was sentenced to death but died in the San Quentin prison from cancer in 2013.

The case haunts Carrillo to this day.

“It took its toll. And no other case has impacted me that much," Carrillo said. 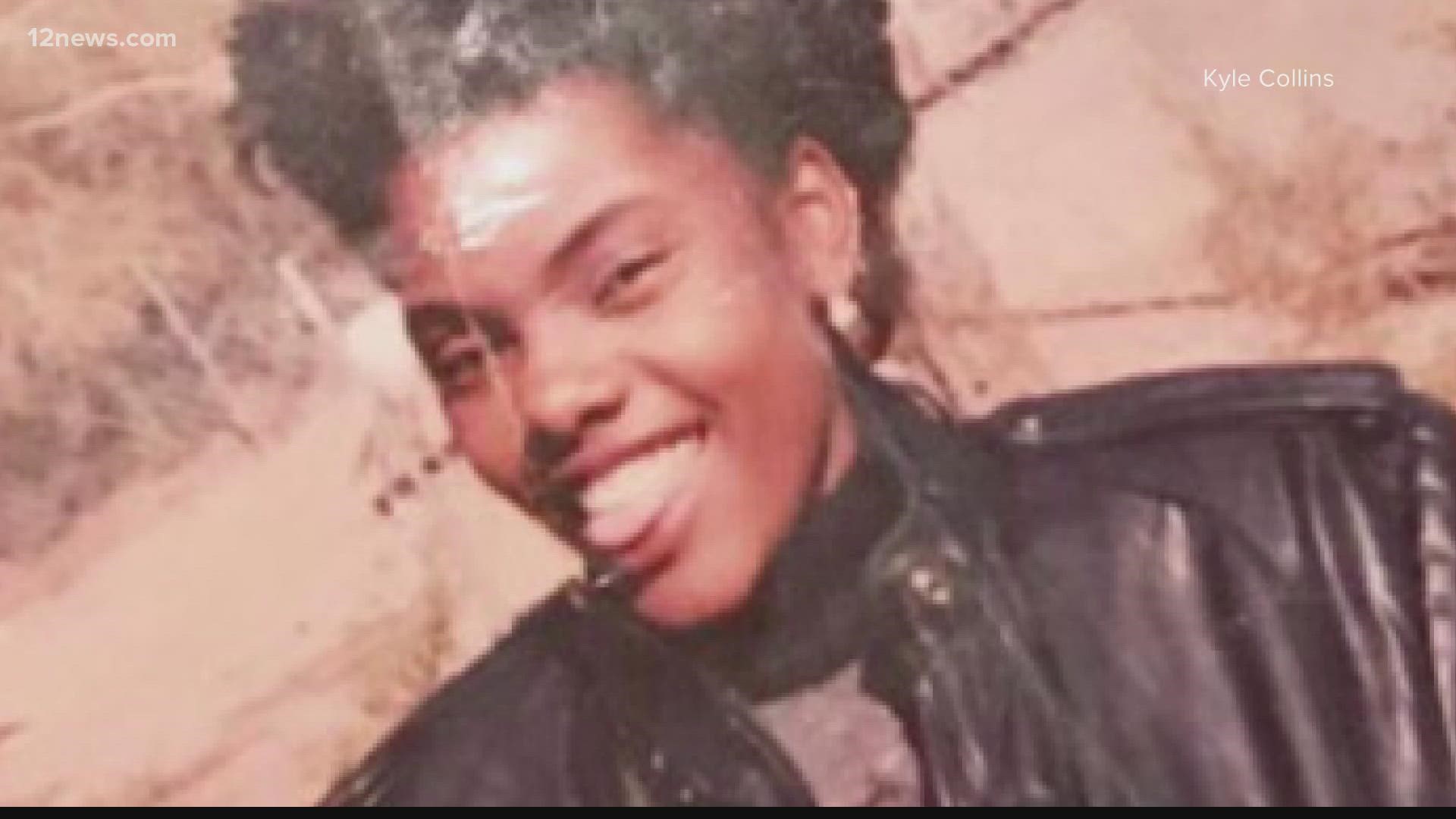