'Before I leave Atlanta, someone is going to feel my pain' | La. man convicted for gas station shooting

A Louisiana man was sentenced to life in prison plus 15 years after shooting at a group of men he thought was responsible for stealing his car. 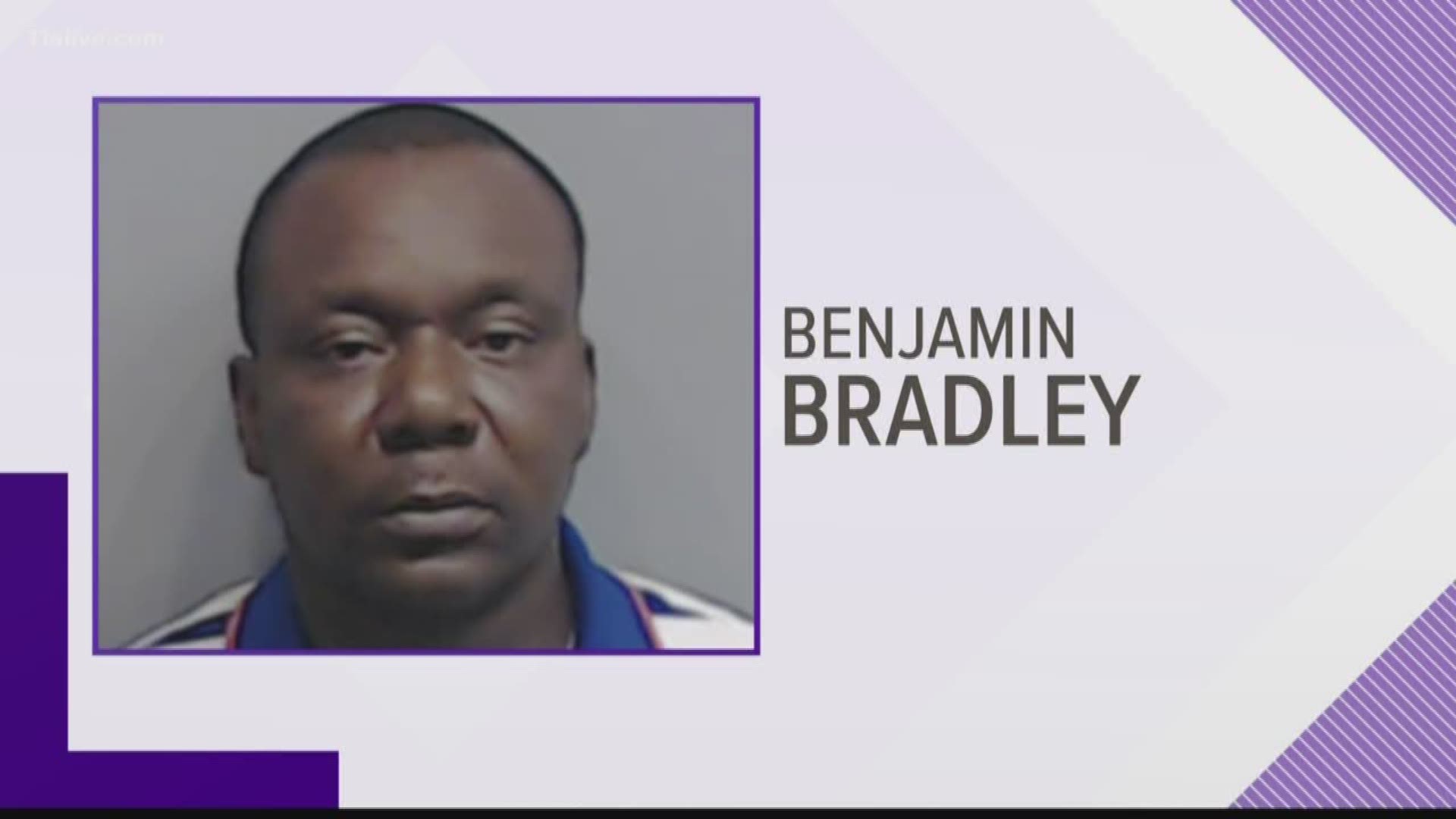 ATLANTA — A 46-year-old Louisiana man has to been sentenced to life in prison plus 15 years for the shooting death of a 23-year-old innocent bystander who he thought was connected to his stolen car following an argument at a southwest Atlanta gas station in January 2018.

According to courtroom testimony, on January 14, 2018, 46-year-old Benjamin Bradley and his girlfriend drove to a Shell gas station on Martin Luther King Jr. Drive in southwest Atlanta.

The pair were visiting Atlanta from Louisiana to obtain a copy of his CDL license, which he had earned previously in Georgia.

Before the two of them entered the Shell station, they left the car running since it was cold outside. While they were inside the filling station, someone stole his car, which contained all of his belongings -- including his wallet and cellphone.

In court, testimony indicated that Bradley was allowed to view the gas station's surveillance video. In addition, he repeatedly returned to the Shell station over the following 24 hours hoping to identify the person who stole his car.

According to prosecutors, on January 15, 2018, a frustrated Bradley told his girlfriend, "Before I leave Atlanta, someone is going to feel my pain."

According to testimony, Bradley then called a friend who lived in Clayton County and told him about the stolen car.

Several hours later, Bradley, his friend and a third man returned to the Shell station in a white vehicle. Bradley went inside the station, according to courtroom testimony, confronting three persons about his stolen car.

The verbal dispute spilled into the parking lot, where several other people were standing.

According to courtroom testimony, none of the people inside or outside the store had anything to do with the theft of Bradley's car.

After the argument, Bradley left the gas station in the white car. About two minutes later, he returned to the Shell station, and opened fire on the group standing outside.

A bullet struck 23-year-old Dequavious Harris in the head. According to courtroom testimony, Harris died at the scene. Another person, Ricky Davis, was struck in the arm, but survived his injuries.

Following the shooting, Bradley returned to the car, which drove away. Bradley was arrested six days later in Clayton County.

He had 76 bullet wounds from police guns. The DA is asking why