The men range in age from 27 to 38 years old. Three are from Arizona and one is from Oklahoma, according to public records. 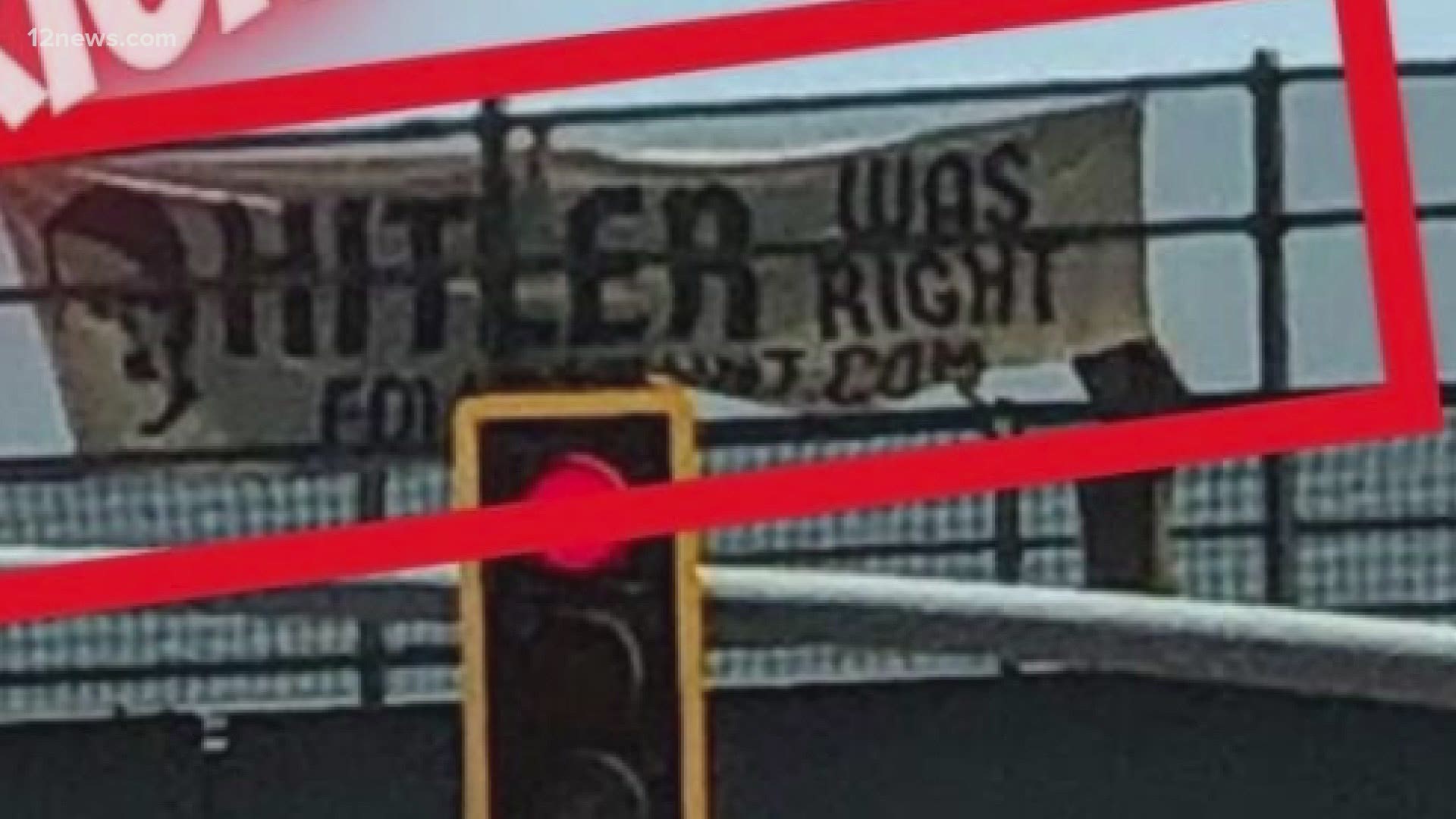 Three are from Arizona and one is from Oklahoma, according to public records. The Maricopa County Sheriff's Office identified the men as Andrew Skabelund, 28, Jacob Zink, 37, Patrick Kraft, 34, Matthew Tijerina, 31

On Saturday morning around 10 a.m., the men were seen hanging the banner on the bridge near Ellsworth Loop Road and Rittenhouse in Queen Creek, according to MCSO.

The banner stated “Hitler was right” and contained a website address. 12 News has decided not to publish the address. The website contains bigoted and explicitly racist pronouncements.

“It’s unfortunate these individuals would stoop to such stupidity, climb out on bridges hang hateful material and that they wouldn’t do something better with their lives,” said Paul Rockower, the executive director of the Jewish Community Relations Council.

The FBI’s yearly report on national hate crime shows that while crime generally has gone down from 2018 to 2019, violent hate crimes went up during that time.

“People who don’t have a strong enough sense of history or their own identity gravitate toward hate communities that give them this little hit, a feeling they’re accepted but unfortunately this leads down a path to nowhere,” Rockower said.

Sheriff’s deputies caught the men posing with the banner and taking photos. The men initially told deputies they were exercising their first amendment rights.

The sheriff's office says the area was clearly marked as “no trespassing” and cited them with a class 3 misdemeanor trespassing violation.

The sheriff’s office says they are not pursuing the matter as a hate crime. The office forwarded the case to the Town of Queen Creek for possible zoning violations.