3 hospitalized after shooting in downtown Phoenix, suspect at large

The shooting happened around 5 a.m. Tuesday morning near the area of West Jefferson Street and South 12th Avenue. 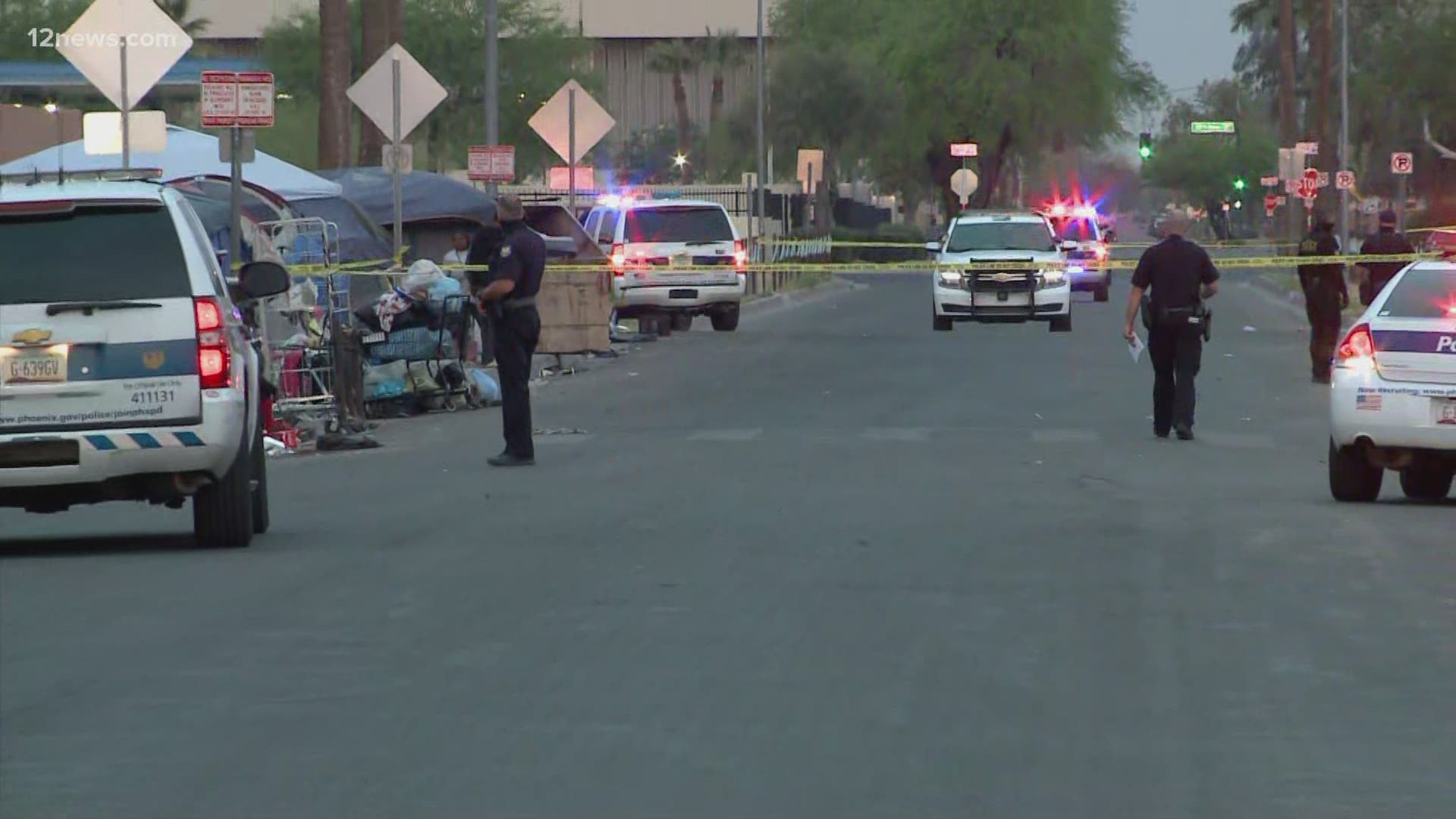 PHOENIX — Three people were hospitalized after a shooting in downtown Phoenix on Tuesday morning, the Phoenix Police Department said.

Police were called to the scene near West Jefferson Street and South 12th Avenue after reports of shots fired just before 5 a.m., officers said.

The victims are two men and one woman. Their ages range from late 20s to early 50s.

Investigators said one of the victims was involved in an altercation with an unknown suspect and was shot. The other two people who were shot are not believed to have been involved in the altercation.

All three victims were taken to the hospital. One person has serious and possibly life-threatening injuries. The other two people are expected to survive their injuries.

Police are still working to identify a suspect.