'They did not deserve this': Relatives mourn Phoenix family killed in weekend shooting

Police said a man shot and killed three of his family members - a mother, father and brother – near 32nd Street and Thomas Road over the weekend. 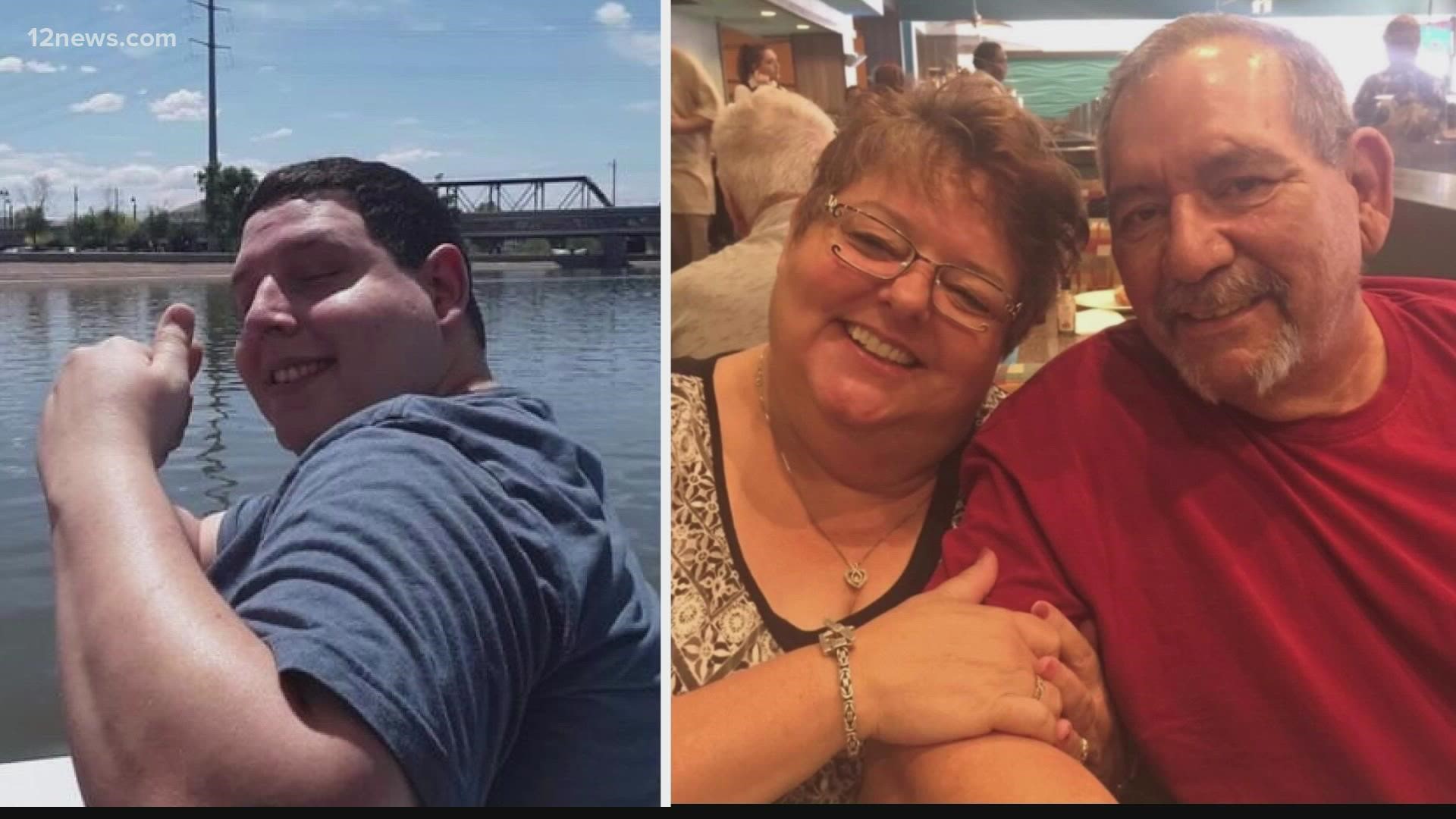 PHOENIX — Lewis Lujan, 63, beat cancer but died after being shot by one of his four children.

His wife, Irene Lujan, 56, and another of the couple’s sons, 30-year-old Matthew Lujan, were also killed in the same incident.

Phoenix Police said Brandon Lujan, 34, admitted to shooting his father, mother, and brother inside their Phoenix home near 32nd Street and Thomas Road on Saturday.

The family member’s bodies were discovered until Sunday around 3 p.m. after the suspect admitted to authorities, he had killed them.

Lewis and Irene Lujan were married for 34 years and had four children—three boys and one girl.

“Uncle Lewis, he was always very giving,” Kyle Irwin said, one of the couple’s nephews. “He was a plumber. I know he was out of work recently, [but] he’s a cancer survivor.”

When Irwin bought his home in Mesa five years ago, he said his uncle took a top-down look at his new place to make sure it was okay. He always wanted to help.

Lewis Lujan had recently finished his cancer treatment and had been approved for social disability, Irwin said.

“Irene had a very bubbly personality, she was big on games, she loved to play board games,” he added.

Because of her husbands’ medical condition, Irwin said Irene Lujan began to take care of the family financially. She was a Program Service Evaluator in the Division of Benefits and Medical Eligibility at the Department of Economic Security.

“Matthew was very down to earth, he was always nice to everybody and never discriminated against anyone,” Irwin said of his cousin.

Irwin said he last saw his aunt, uncle and cousin at a family gathering within the last month but can’t remember exactly when he last gave him a hug. That’s what he says hurts the most.

“We can’t have her over game night anymore,” Irwin said. “Those are the memories that we had that I hold on to that I will no longer be able to do with them because they were taken from us.”

A family argument led to the shooting

On Saturday, August 7 Phoenix Police responded to a shots fire call in the block near the Lujans' home.

The caller told police they heard about five or six gunshots, but officers couldn’t find any victims or evidence of a shooting and left the area, court documents said.

The following day, police were called to the Memorial Veterans Hospital on Indian Road for a report of homicide after Brandon Lujan told medical staff he had shot and killed his mother, father, and brother.

Detectives said the suspect went to the VA hospital about 3 a.m. to get a twisted ankle treated on Sunday. Later in the day, he admitted to them he had killed his family members the night before.

Officers then went to Lujan’s home and discovered the bodies.

Brandon Lujan is a Navy veteran. He was arrested at the VA hospital.

During an interview, the suspect told detectives he had a verbal argument with his parents Saturday afternoon. After they allegedly agreed to discuss the matter later, Matthew Lujan became involved in the argument.

Court documents said the brothers end up in a physical altercation when Brandon Lujan took out a handgun from his waist and shot his brother multiple times.

Brandon Lujan told investigators he shot his mother and father after they allegedly came out of a bedroom and they tried to lunge at him.

Police said the suspect loaded his handgun after shooting his brother and mother and claimed no memory of what he did with his clothing and handgun.

Brandon Lujan did not call 911 nor render aid after he shot his family, documents said.

“They were always willing to help”

Monica Dale lived across the street from the Lujan’s for years.

She said they were neighborly and always willing to help her, like this last Friday when she locked herself out of her house.

“Lewis and Matthew came over and helped me get inside my house,” Dale recalls. “I would describe them as the nicest people.”

Dale said she wanted to give them a gift as a thank you for helping her. On Saturday she text messaged Lewis Lujan and agreed to see them the following them. But that opportunity never came.

“Lewis was always sitting out there, he would wave help and now, it’s just so tragic,” she said.

A spokesperson for DES said Irene Lewis “will be missed greatly by the team members she worked with and the families she touched while serving the state of Arizona. Our thoughts and prayers are with her family during this difficult time.”

The family has set up a GoFundMe account to help with the funeral expenses as they remember their loved ones as the kind human beings they were.

“They were good honest people, great personalities and I know they loved their family as well as their children,” Irwin said. “Ultimately, they did not deserve [this].”