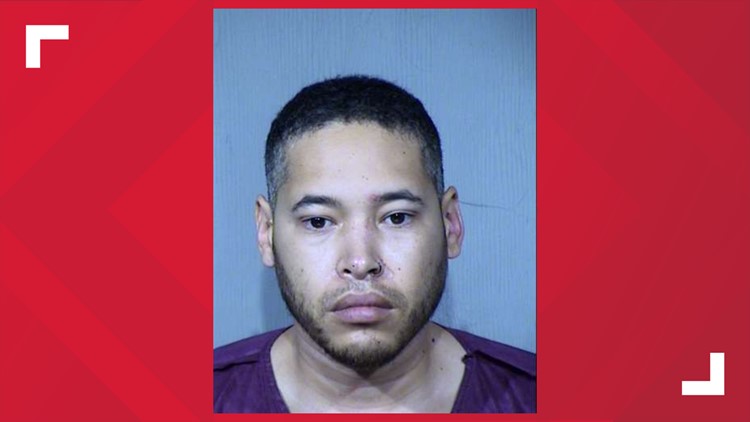 Investigators say Brandon Michael Darr Robinson, 30, was invited to Thanksgiving at a home near Durango Street and South Avondale Boulevard in Avondale.

He allegedly used an eight-inch knife to stab a man and two women for an unknown reason, according to court documents.

The man was stabbed in the back and stomach. The women were stabbed in the chest area. One of the women and the man had to have emergency surgery. The other woman refused medical treatment.

She reportedly told investigators she was a guest at the home and the other stabbing victims lived there.

She said Robinson met the other victims at a bar two days earlier. Robinson allegedly said he didn't have any family and had no place to go for Thanksgiving. The victims invited Robinson over for dinner.

Robinson was reportedly at the home for about 15 minutes before he "began to act crazy" and grabbed a kitchen knife, according to what the victim told investigators.

He ran from the home, but police caught up with him a few blocks away. Police say he had a cut on his hand and the victim identified him.

Police say they also found his wallet, driver's license and military ID at the home.

Robinson was arrested for three counts of aggravated assault with a deadly weapon.