Authorities say Stephen Franco, 37, allegedly reached for a handgun before officers shot him Wednesday afternoon at an apartment complex. 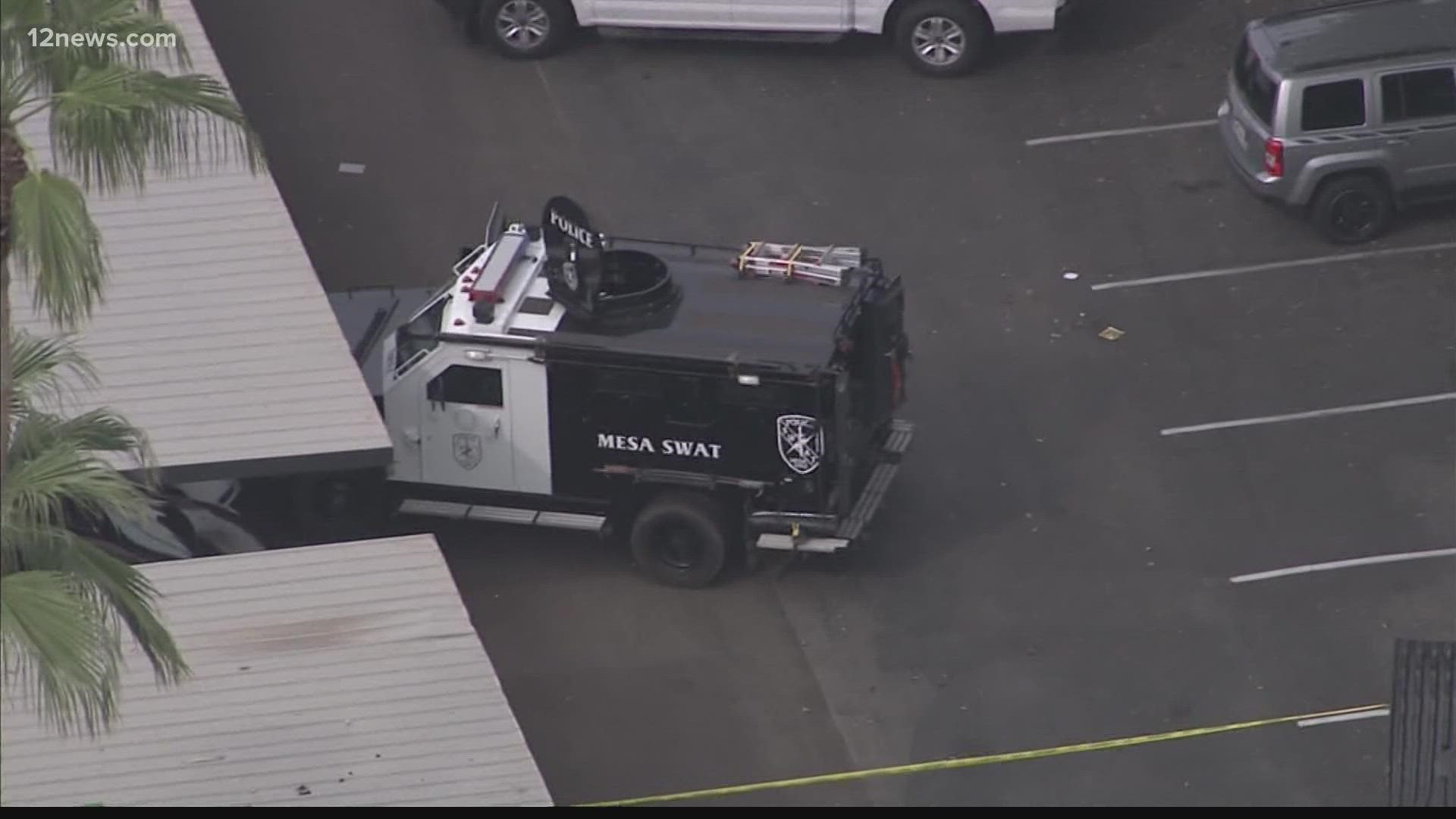 TEMPE, Ariz. — A bank robbery suspect has died after being shot by four Mesa SWAT members near the U.S. 60 on Wednesday.

The suspect, 37-year-old Stephen Franco, had allegedly robbed a bank on Monday and was approached by Mesa Police Department officers around 2 p.m. on Wednesday at an apartment building near Baseline Road and College Avenue.

Officers approached the suspect in his vehicle, but he was allegedly non-compliant with demands to exit and indicated he was armed.

The SWAT team was called in after the scene was deemed a barricade situation, the Tempe Police Department said.

12 News obtained video of the moments leading up to the shooting. Viewer discretion is advised:

After deploying a chemical agent into Franco's vehicle, the suspect exited and walked toward the rear of his vehicle. Tempe police said Franco reached for his waistband, prompting four SWAT members to fire at the suspect.

But it is currently unknown how many times he was shot, Tempe police said.

The suspect was pronounced dead upon arrival to the hospital, police said.

Investigators later found a handgun on the ground in the area behind Franco's vehicle, where the suspect was standing shortly before he was shot.

The Tempe Police Department has taken over the investigation at this time and is trying to determine if body cameras were operating during the incident.

No officers were injured.