Police responded to a parking lot near W. Ray and Rural roads where they found a man bleeding out from stab wounds. 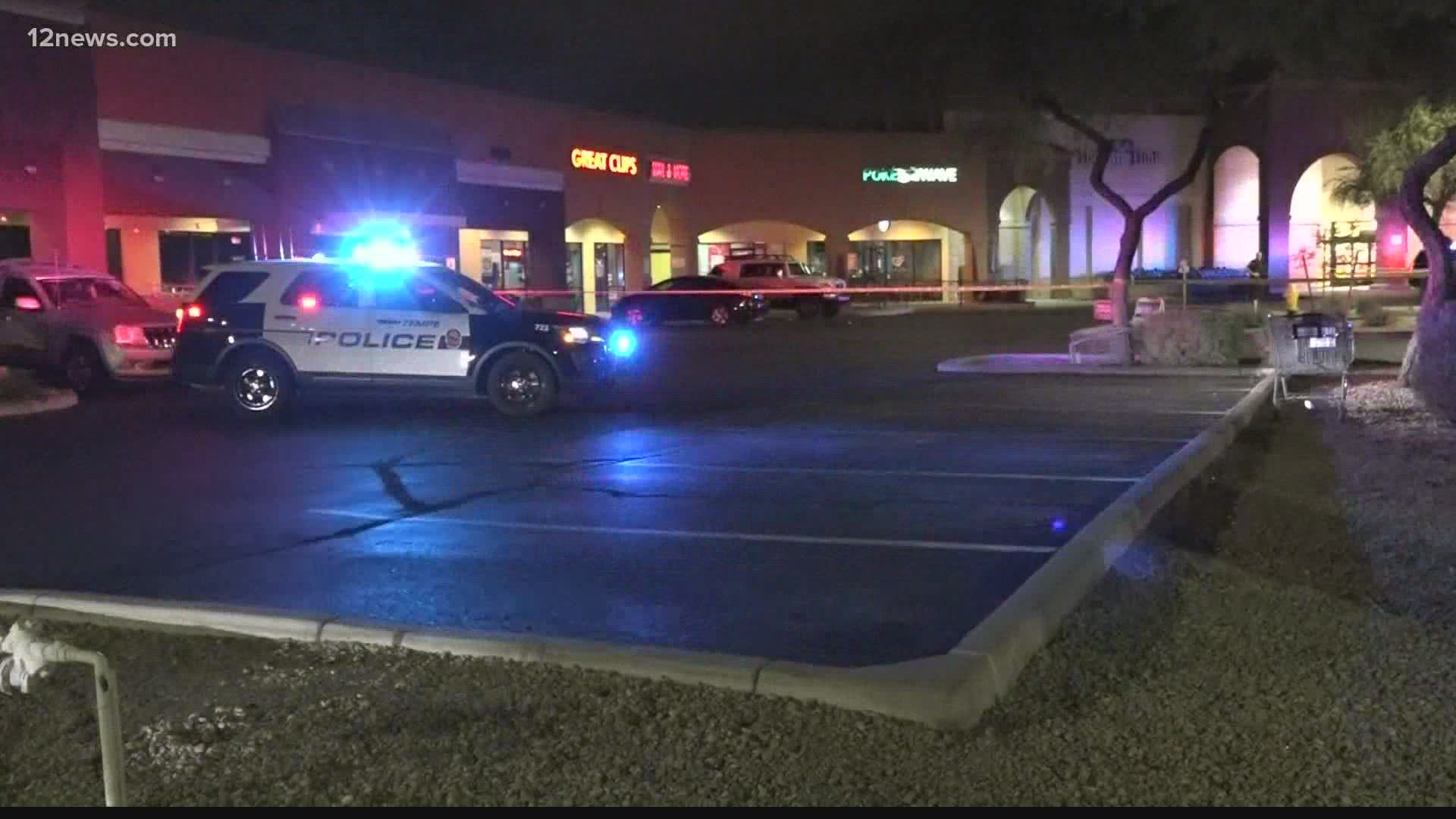 TEMPE, Ariz — A Tempe man was arrested for allegedly stabbing his father to death on Friday evening.

Court documents said Tempe and Chandler police responded to a parking lot near W. Ray and Rural roads around 8 p.m. where a man was reportedly bleeding out and a vehicle fled the scene.

The man had several stab wounds on his neck, chest and torso. He also had defensive wounds on his hands. The man was taken to a local hospital where he was pronounced dead.

Police tracked down the vehicle that fled the scene after a report of a driver speeding on Elliot Road at the Loop 101 Freeway entrance.

He was identified as 21-year-old Joshua Fox. Investigators said they found a knife on him.

Fox reportedly told police the victim was his father and they had argued inside the vehicle. He said he blacked out, court paperwork shows.