Teen arrested in connection with shooting death of Carlos Garcia

15-year-old Kevontay Myers will be tried as an adult. 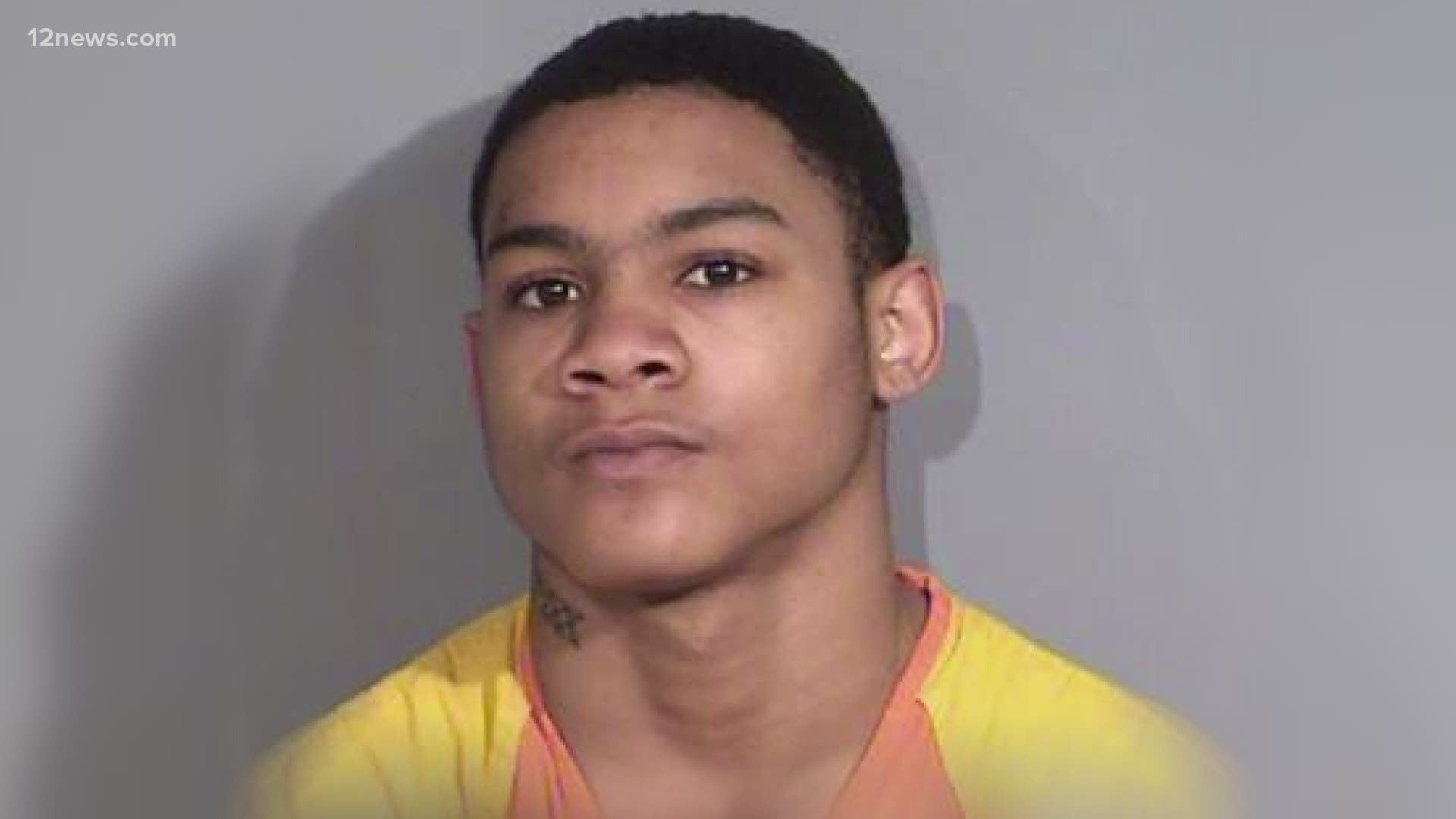 MESA, Ariz. — A Valley family is finally breathing a sigh of relief after losing their 19-year-old son, Carlos Garcia.

He died in a shooting last summer and all these months later the family had no answers, until now.

The victim's mother, Christina, spoke openly and emotionally about the family's response to justice for her first-born son.

"I just wanted justice and our family got what we wanted and we're very grateful," she explained.

Christina sat down with Phoenix police after they arrested 15-year-old Kevontay Myers.

"We went through everything until we develop probable cause and make an arrest," Detective Ryan said.

The arrest came more than six months after Carlos was shot and killed near 19th and Southern avenues. Christina recalled the heartbreaking night she got the news.

"My heart just fell to the floor right before I opened the door, I was scared to open the door because I was scared what they were going to tell but never in my life did I think he was going to tell me my son was killed," she added.

Carlos is the oldest of three and an ASU student studying computer science engineering and planning to travel after graduation.

"He actually wanted to live and move down to Germany and study abroad so he was very excited to finish and we talked about going on a family trip after he graduated," she said.

Those dreams ending with a nightmare situation where the teenage suspect shot Carlos while he was waiting to get takeout. Christina still riddled with guilt.

"What if I would have made dinner that night? Just going through the "what ifs" so that week was very hard, it's been hard even though it's been 6 months and 6 days since we got the call," she added.

While the arrest lends closure to the crime that took Carlos out of this world, nothing will ever fill his absence.

"So that picture every time I see it reminds me of who he was as a big brother," his mother said.

Meanwhile, Myers is facing multiple charges, including first-degree murder, drive by shooting, and misconduct involving weapons. Even though he's only 15-years-old, he will be charged as an adult.