One of the suspects allegedly shot and killed a bystander during a robbery at a Circle K in Scottsdale before exchanging gunfire with another bystander. 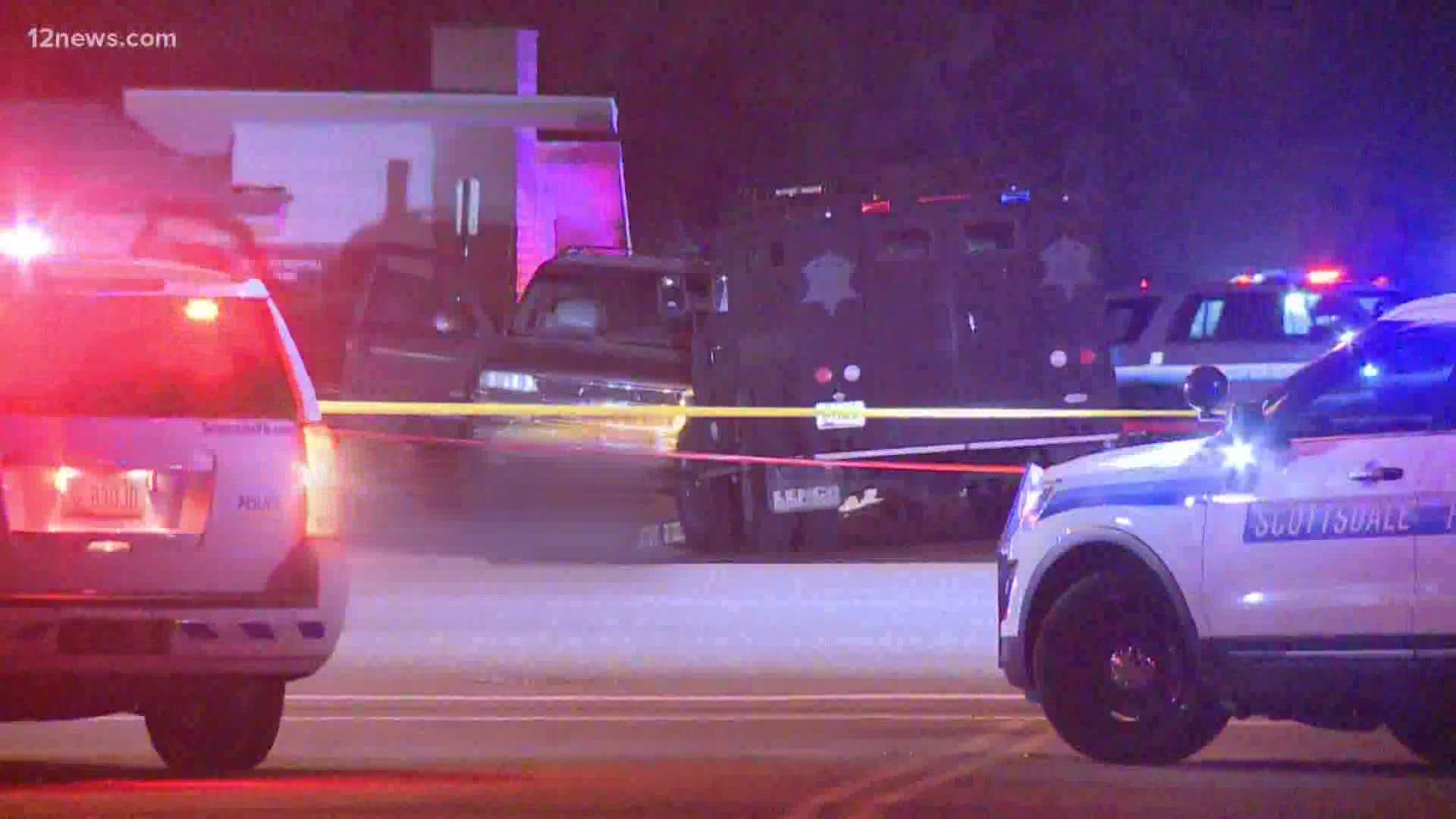 SCOTTSDALE, Ariz. — Two people, a suspected armed robber and an innocent bystander, are dead after an early morning robbery at a Circle K in Scottsdale on Friday, police say.

The suspected robber has been identified as 38-year-old Robert Blackwater, the Scottsdale Police Department said.

Scottsdale police responded to the Circle K at Indian School Road and 82nd Street in the early hours of Friday morning.

Investigators say Blackwater held up the Circle K and shot at the clerk. The clerk ran out of the back of the store and was not hurt.

During the robbery, 35-year-old Joseph Toki walked into the store and was shot by Blackwater. Toki died due to his wounds, according to police.

After shooting Toki, Blackwater reportedly ran out of the store and fired several rounds at another bystander, hitting him. The bystander pulled a gun and shot back at Blackwater. They exchanged fire.

Evidence at the scene showed that there was a second suspect waiting in a vehicle for Blackwater around the side of the business, police said. The suspect fled the scene on foot after the shooting, but was later arrested and identified as 32-year-old Bryan Christopher Lee Washington.

"We've had a pretty rough evening this evening in Scottsdale," Sgt. Ben Hoster of the Scottsdale Police Department said.

Blackwater was allegedly connected to two other armed robberies in the Valley that took place Thursday night and Friday morning.

Investigators say a man matching Blackwater's description robbed a Circle K near Loop 101 and Shea Boulevard at 11:45 p.m. on Thursday.

The other robbery was at the Circle K on N. Country Club Drive and W. McLellan Road in Mesa at 2:15 a.m.

Blackwater's description from witnesses and fired rounds found at the two previous scenes were consistent with the evidence found at the third scene, police say.

No injuries were reported at either of the two previous scenes.