Both men were shot and killed after one of the men pointed a rifle at officers, police said. 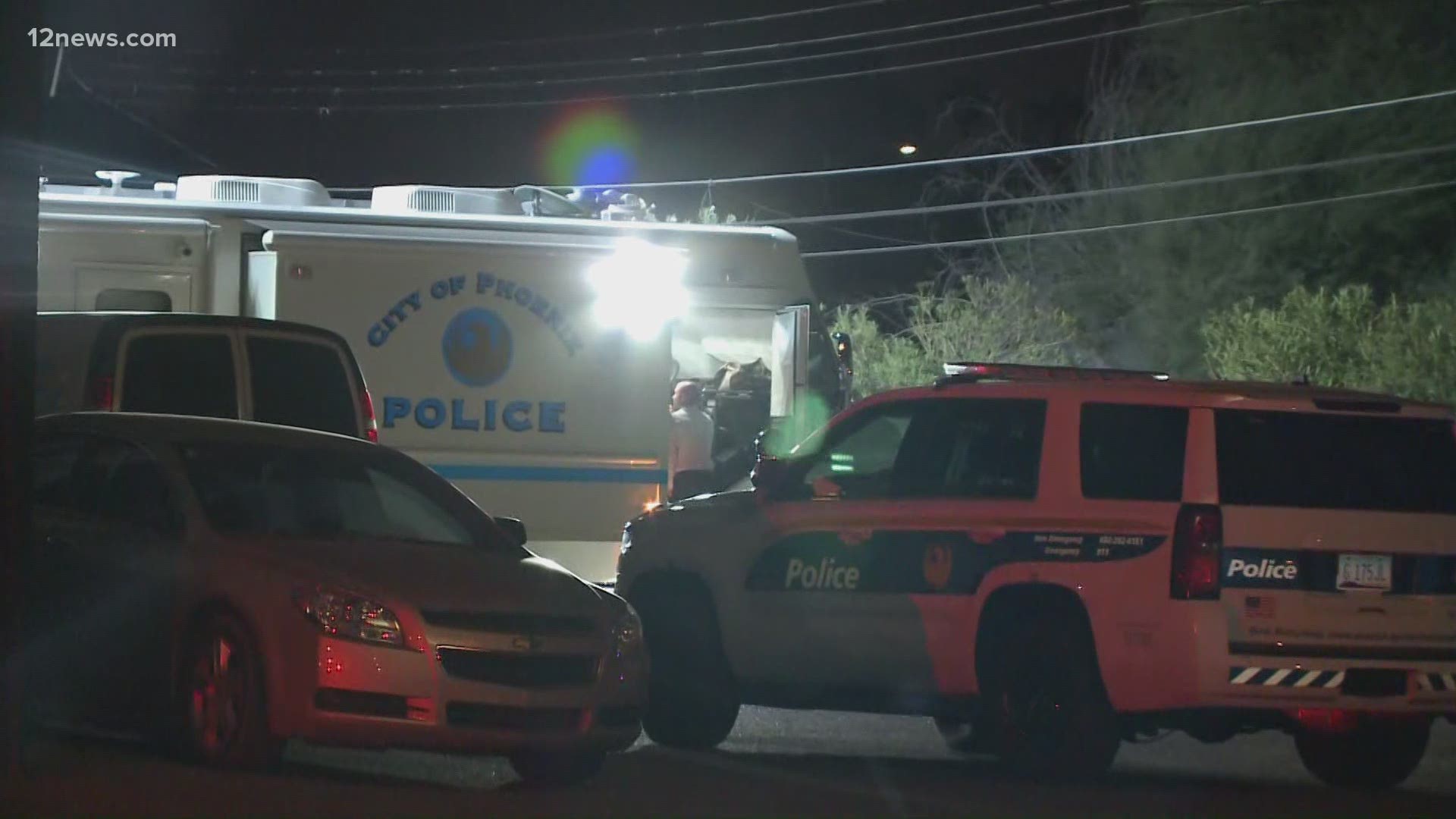 PHOENIX — Two men were killed after police opened fire in a residential area in Phoenix on Tuesday night.

The Phoenix Police Department said Wednesday that officers responded to a 911 call at a home near 22nd Street and Indian School Road around 8:45 p.m.

Police responded to a domestic dispute at the house. The caller told 911 that she had barricaded herself inside her room because her son was acting strangely and she was afraid, police said.

When officers arrived on scene, police said the mother exited the house and told police her two sons were inside yelling and one had a rifle.

As officers began to secure the home, police said, they saw two men inside with firearms.

The men then walked into the backyard, where officers gave them verbal commands. One of the men was still armed with a rifle, police said.

The armed man ignored the commands and both men continued to argue with each other, police said.

The armed man then pointed the rifle at officers and his brother, police said.

The two officers fired at the man, police said.

Both men were struck by the gunfire, police said. One of the men was pronounced dead at the scene and the other died at the hospital.

A rifle and BB gun resembling a firearm were recovered from the house, police said.

No officers were injured, police said.

The two men who were shot and killed were identified Wednesday as George Cocreham, 43, and Emmett Cocreham, 44.

The two officers involved were both 27 years old and had four and three and a half years of service, respectively.