Phoenix officer shoots man as he chases her with knife, police say

The officer was not injured. The suspect is in critical condition. 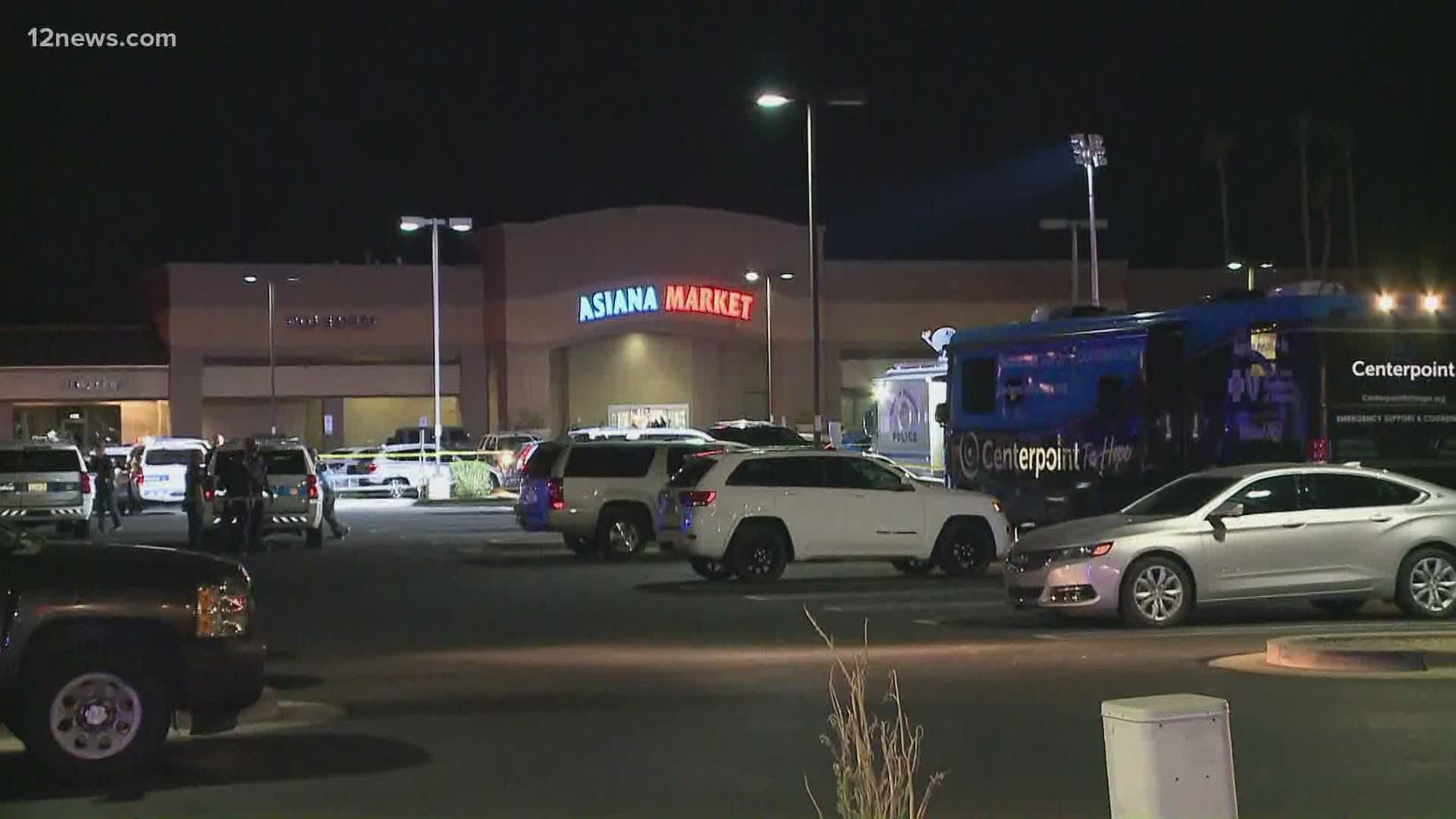 PHOENIX — A suspect was taken to a local hospital after an officer-involved shooting in the area of 43rd Avenue and Union Hills Drive Sunday evening, Phoenix police say.

The 55-year-old man walked into the Asiana Market with a knife and threatened to kill people, police said.

Bystanders managed to lock the man out of the store while they waited for police.

An officer arrived and asked the man to drop the knife. When she did, the man threatened to kill her too and chased her around the parking lot.

She shot him once in the chest after he ignored her repeated commands to put the knife down, police said.

The officer was not injured. The officer is a 24-year-old with one year of service, police said.

The suspect is in critical but stable condition.

It is not known whether drugs or mental illness played a role. Police are investigating the incident.

The shooting took place around 7:45 p.m.

This is a developing story. Check back here for updates when we learn more.