PD: Suspect told officers he had a gun, simulated handgun, before officers shot him

Police say the man told officers he had a gun and put his hand behind his back, then counted down from five. There was no weapon found after the shooting. 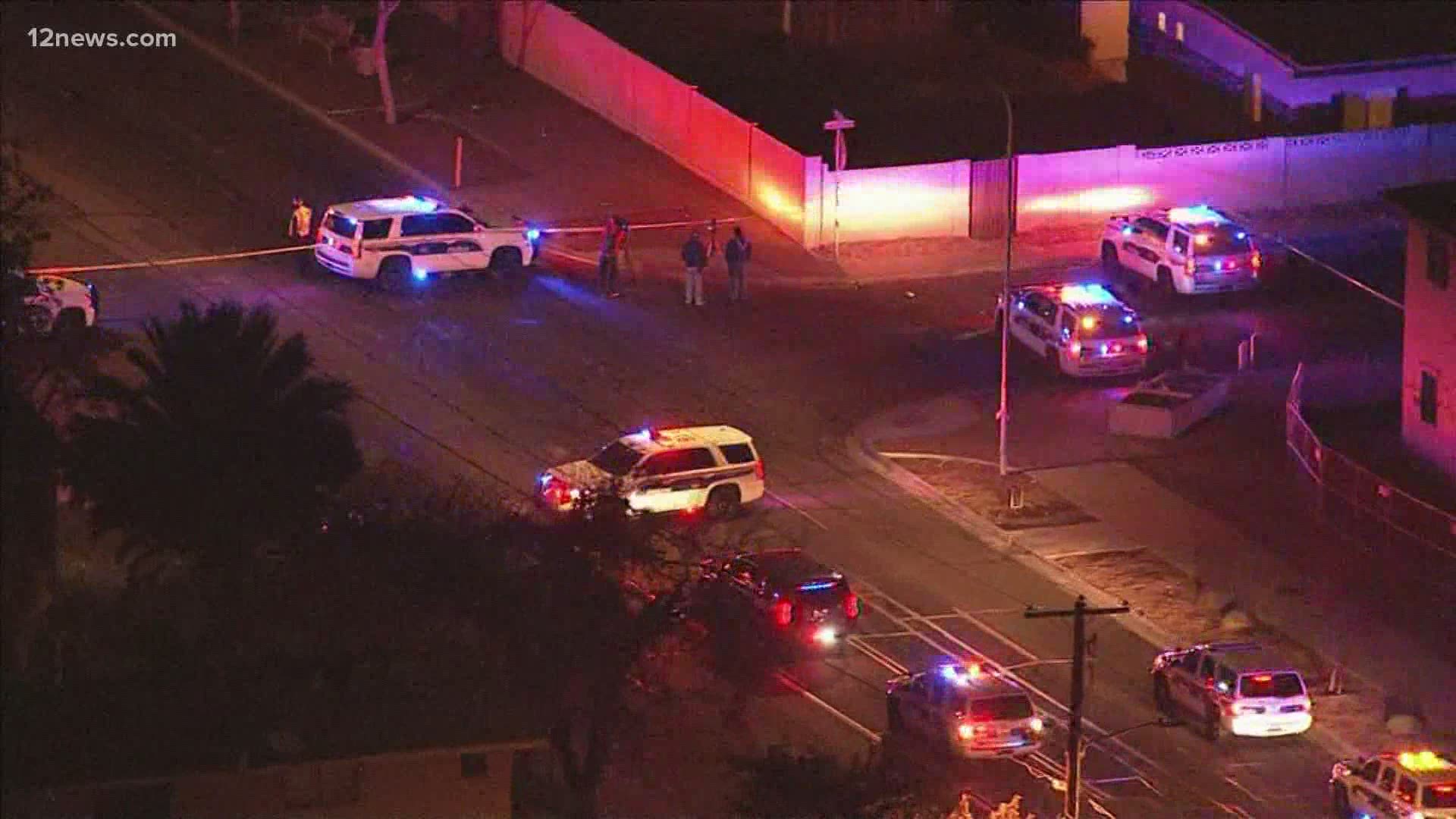 PHOENIX — The Phoenix Police Department has released more information after officers shot and killed a man at an apartment complex on Monday.

The department says officers were responding to a call near 27th and Glendale avenues on Monday evening about a man on the patio of the caller's apartment. Police learned the man was the caller's ex-boyfriend.

Officers located the man in the area and police say the man told officers he had a gun and then immediately placed his hands behind his back.

Phoenix PD says the suspect would not show the officers hid hand and that the man made statements about someone being killed.

The man walked backward away from officers and entered traffic, crossing 27th Avenue.

Police say the man crossed the street and then stopped and then with his hands behind his waist, he began to count down from five.

When the suspect got to "one," police say he quickly pulled his hand from his waistband and "simulated a handgun." Officers reacted and shot him.

Officers rendered aid until Phoenix firefighters arrived and transported the man to the hospital where he was pronounced dead.

There was no gun recovered at the scene and the investigation is ongoing.

The man killed has not been identified, but was 30 years old.

Police say five officers with a combined 12 years of service were involved in the response.

No officers were injured.