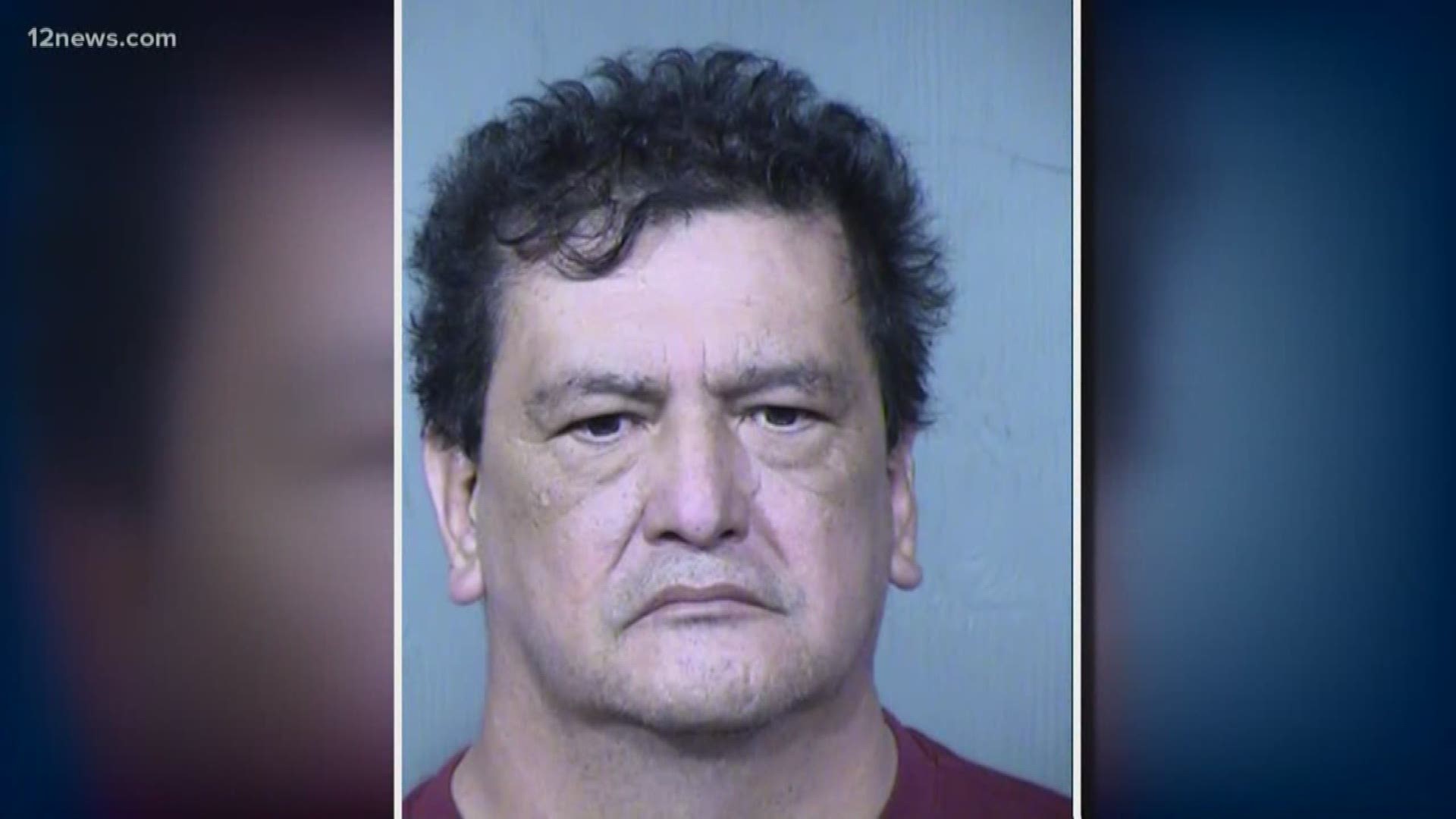 MESA, Ariz. — A former security guard from Heritage Village Adult Care Center in Mesa has been arrested in connection to a sexual assault of a patient, according to Mesa Police Department.

Manuel Corral, 58, was taken into custody by the police department as the main suspect of the case, police said Tuesday. Corral, who worked at the facility since last June, has previously been a suspect in three separate sexual assault investigations at different adult care facilities in Mesa.

According to the police report, the crime was reported after the victim's son was alerted by the facility's staff of the victim's allegation. According to her, Corral came into her room Sunday night and raped her.

After the suspect left the room, the victim said she got up and looked out of her room to find Corral sitting in the lobby of the facility, police said.

Authorities stated that the victim was examined by a sexual assault nurse examiner and was found to have injuries consistent with the victim's account.

All required background checks Heritage Village ran on Corral at the time of hire were clean, the care center stated in a media statement.

"We immediately alerted law enforcement," the care center stated. "An arrest was made and the employee has been terminated."

The Mesa Police Department announced Wednesday that Corral has been charged with an additional count of sexual assault for allegedly assaulting a 32-year-old patient at Heritage Life Center back in 2012.

Police said they initially investigated the claim in 2012, when Corral was a caretaker at the facility, and found no corroborating evidence. But they said Wednesday that he confessed to the crime after the alleged assault over the weekend.