A former Dysart High School employee is accused of sexual misconduct with a 16-year-old student. Another student recalls her interactions with the suspect. 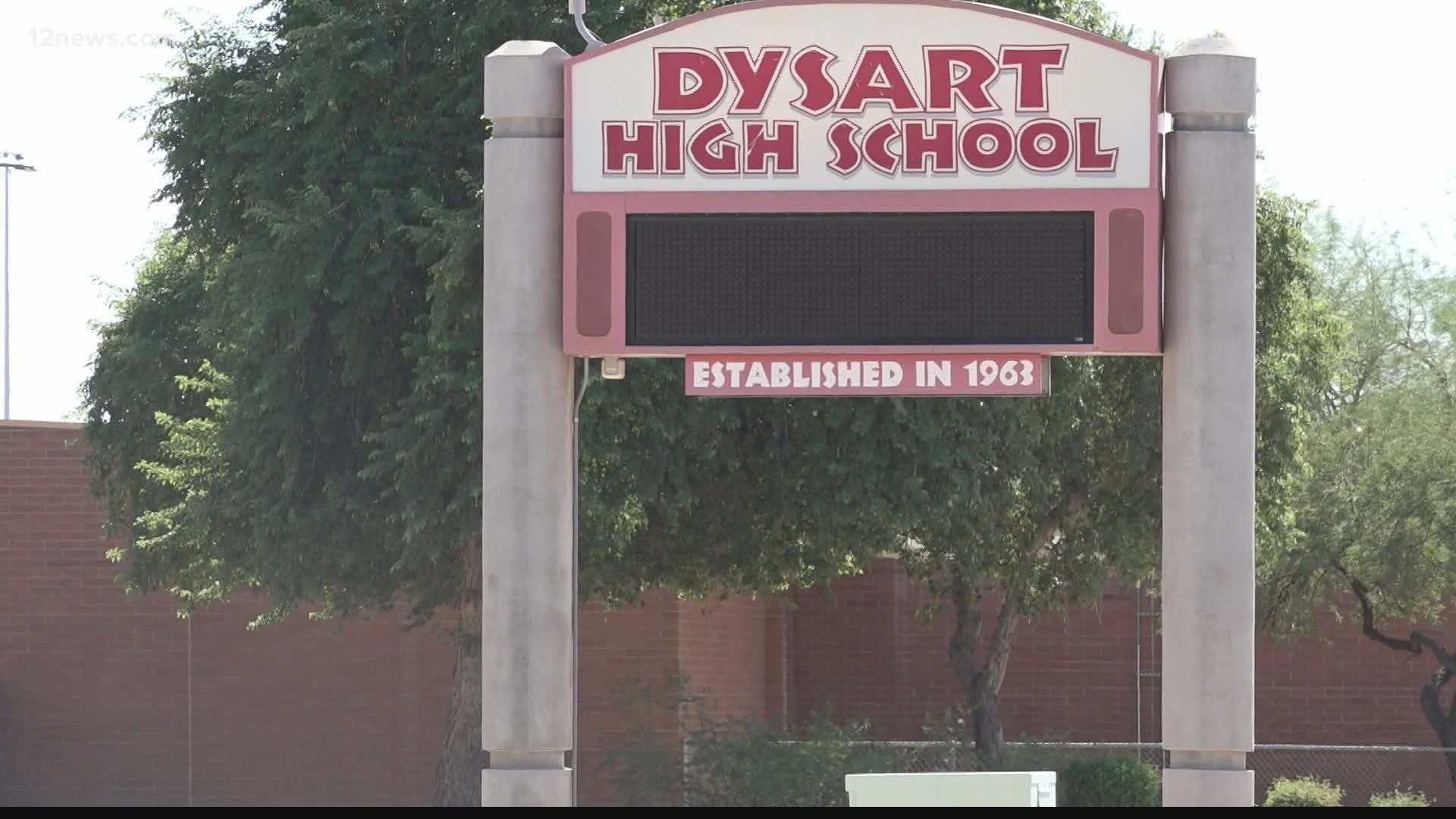 EL MIRAGE, Ariz. — A sophomore at Dysart High School describes feeling uncomfortable when walking past a security guard and assistant football coach accused of sexual misconduct with a student.

“He was creepy, he would always be checking girls out,” said the student who didn’t want to be identified. “He’d be staring at everybody. He’d literally just stand outside the bathroom and just stare.”

The student said when she and her friends would walk past 24-year-old Nathan Jellicoe in the school’s hallways, he would allegedly look at girls “up and down” in reference to their bodies.

El Mirage authorities said Jellicoe had at least five sexual encounters with a 16-year-old student he met on campus.

Court documents show school staff was notified about the situation by students, who provided text message screenshots between the victim and Jellicoe from an alleged witness to the allegation.

School staff conducted two interviews with students and got written statements. That information was then passed to the school resource officer who then interviewed Jellicoe, documents said.

Police said Jellicoe initially denied any sexual conduct. But after being advised of the text message evident, he admitted to having sex with the student “five times over the last week at the school and in the auditorium,” court records said.

Jellicoe allegedly admitted to using his position of authority as a security guard to remove the student victim from her classroom while acting in his official capacity to escort the juvenile to the school auditorium where he engaged in sexual intercourse with the victim, documents said.

“I never thought anything of it,” said the sophomore student when asked if she ever saw Jellicoe pull a student out of the classroom. “Yeah, like [he would] pull out students to go to the office or to go to our classroom.”

Authorities said Jellicoe admitted to having sex with the student on Tuesday, the day he was arrested on school property.

During an interview with detectives, Jellicoe allegedly admitted to communicating with the victim through social media. It's a platform police said parents need to monitor.

“I can’t stress enough that parents need to be involved in their children’s use of cellular phones, their social media platforms, be involved, be engaged,” Lt. Mason said.

Jellicoe faces 10 counts of sexual conduct and two counts of luring a minor for exploitation.

A judge set a $50,000 security appearance bond and prohibited Jellicoe from accessing the internet through any electronic means.