The state trooper is facing 61 counts of various criminal charges, according to court documents. 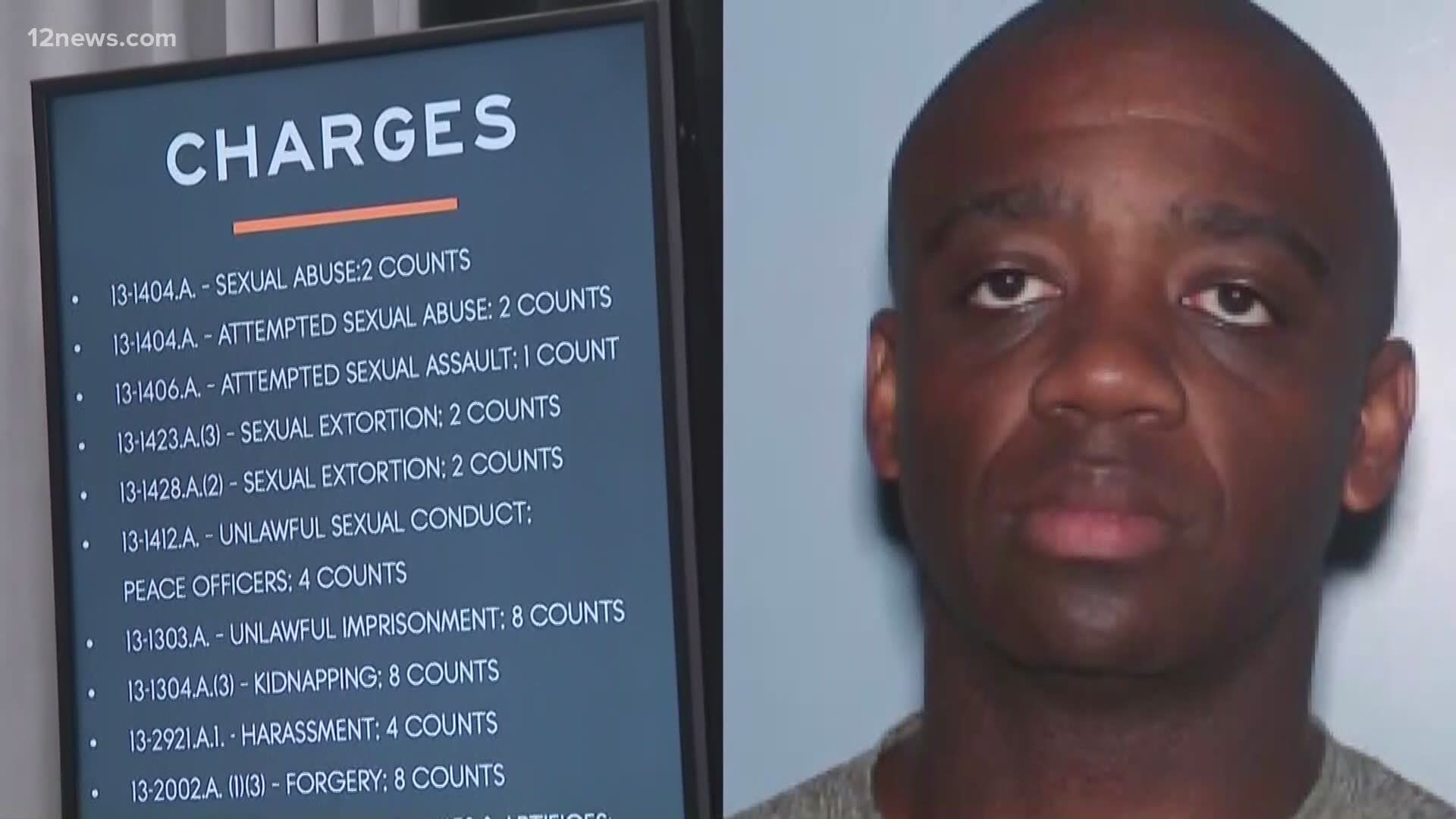 MARICOPA COUNTY, Ariz. — A former Arizona Department of Public Safety trooper, who has been accused of sexual abuse and kidnapping, has been named in a lawsuit in federal court.

The trooper, Tremaine Jackson, allegedly tried to bargain with women during traffic stops. Jackson was arrested earlier last year after several people came forward with serious criminal claims against him dating back to October 2018.

The civil suit states that Arizona should be held liable for the wrongful conduct of its officers, employees, agents, districts, divisions, and subdivisions.

The former trooper, a 13-year veteran of the department, was arrested on charges of sexual abuse, kidnapping, sexual extortion, fraud and more, according to DPS. Court documents detail claims from eight different victims and one witness against Jackson. DPS said at the time there could be even more victims.

In the lawsuit, Jocelyn Kinsey claims she was stopped by Jackson on March 17th, 2019.

She said she was pulled over for speeding when she was driving under the speed limit. Trooper Jackson then allegedly asked her to get out of the car and, once outside, asked her what she would be willing to do to avoid a citation.

Jackson was also accused of making inappropriate sexual comments and requests, according to court documents. The officer allegedly asked Kinsey to wash his motorcycle nude, asked her to expose her breasts, and asked her to touch his gentiles.

In the documents, Kinsey said she refused his requests as they were in a public space. The officer then allegedly asked if she had a Snapchat account, she did not, before asking for her phone number. It wouldn't be until after the plaintiff gave her phone number to the officer that Kinsey says trooper Jackson gave back her driver's license.

Kinsey also said that Jackson told her that he was married and to not speak of the incident before returning to his motorcycle.

The entire traffic stop lasted an estimated 90 minutes, according to court paperwork.

Kinsey was reportedly contacted later by DPS because Jackson was under investigation for "at least eight separate occasions where he attempted to engage in sexual activities with women," court documents stated.

DPS said the trooper was under investigation after a misconduct complaint in June last year. He was serving in the agency’s Metro Motors District, covering the Phoenix Metro area. Investigators believe all of the alleged crimes happened during traffic stops.

In emails with 12 News, Jackson's attorney said the former officer has not been served in this lawsuit.

"To this date, numerous allegations made against him have proven to be false and were dismissed prior to the indictment," Jackson's attorney said. "After the Department of Public Safety went on their public smear campaign, several more allegations were found to be without merit and not filed."

Jackson's attorney also took issue with Kinsey asking for reparations from the state before the case had concluded.

"The fact that this victim is seeking money prior to his case being resolved is pretty convincing evidence that money is the real motivation here," the attorney said. "We are dealing with allegations present against him and believe that those too will be proven false." 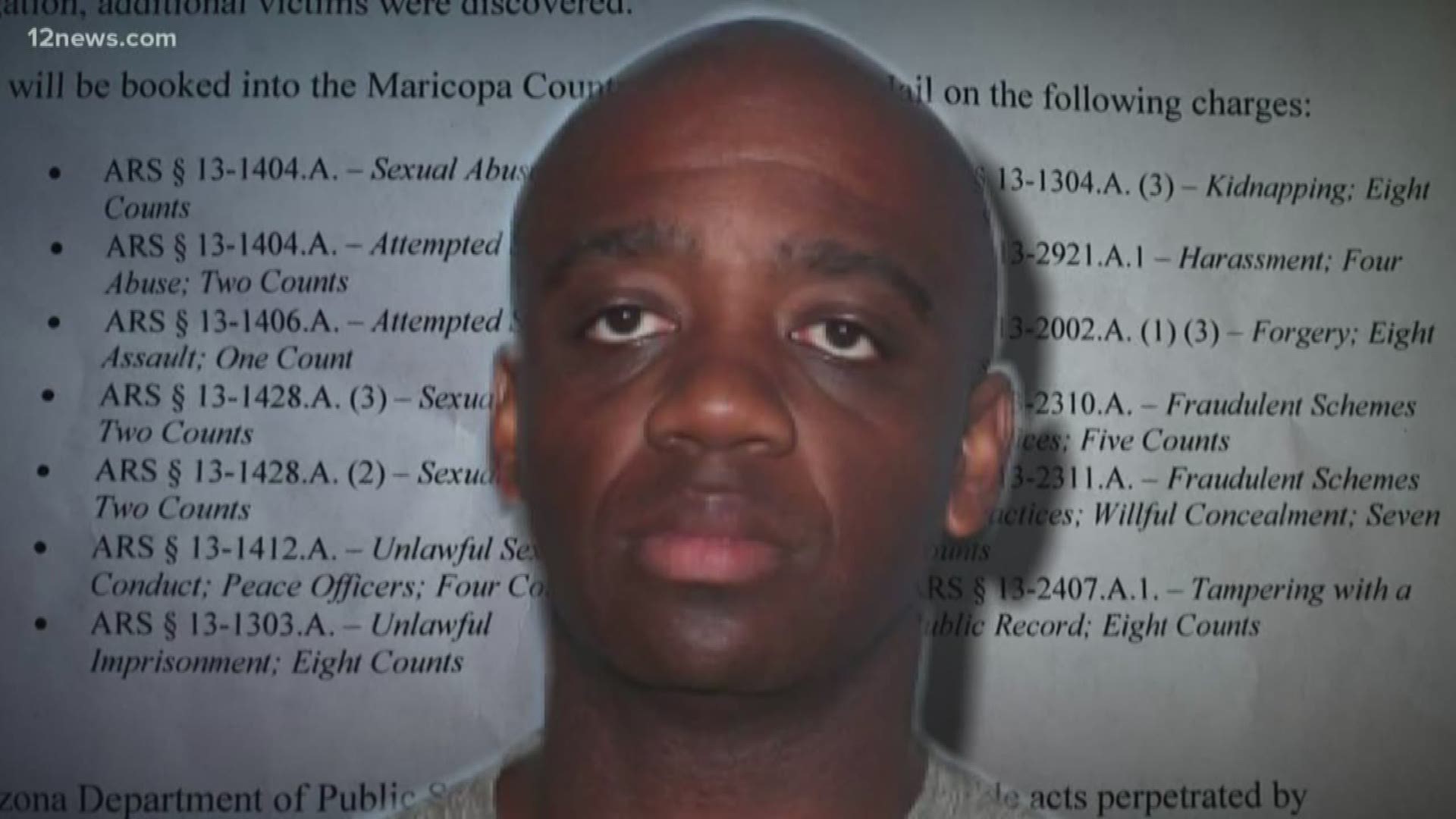