Some citations detail that staff wasn’t properly trained to handle situations where residents displayed signs of crisis or meet the needs of those living there. 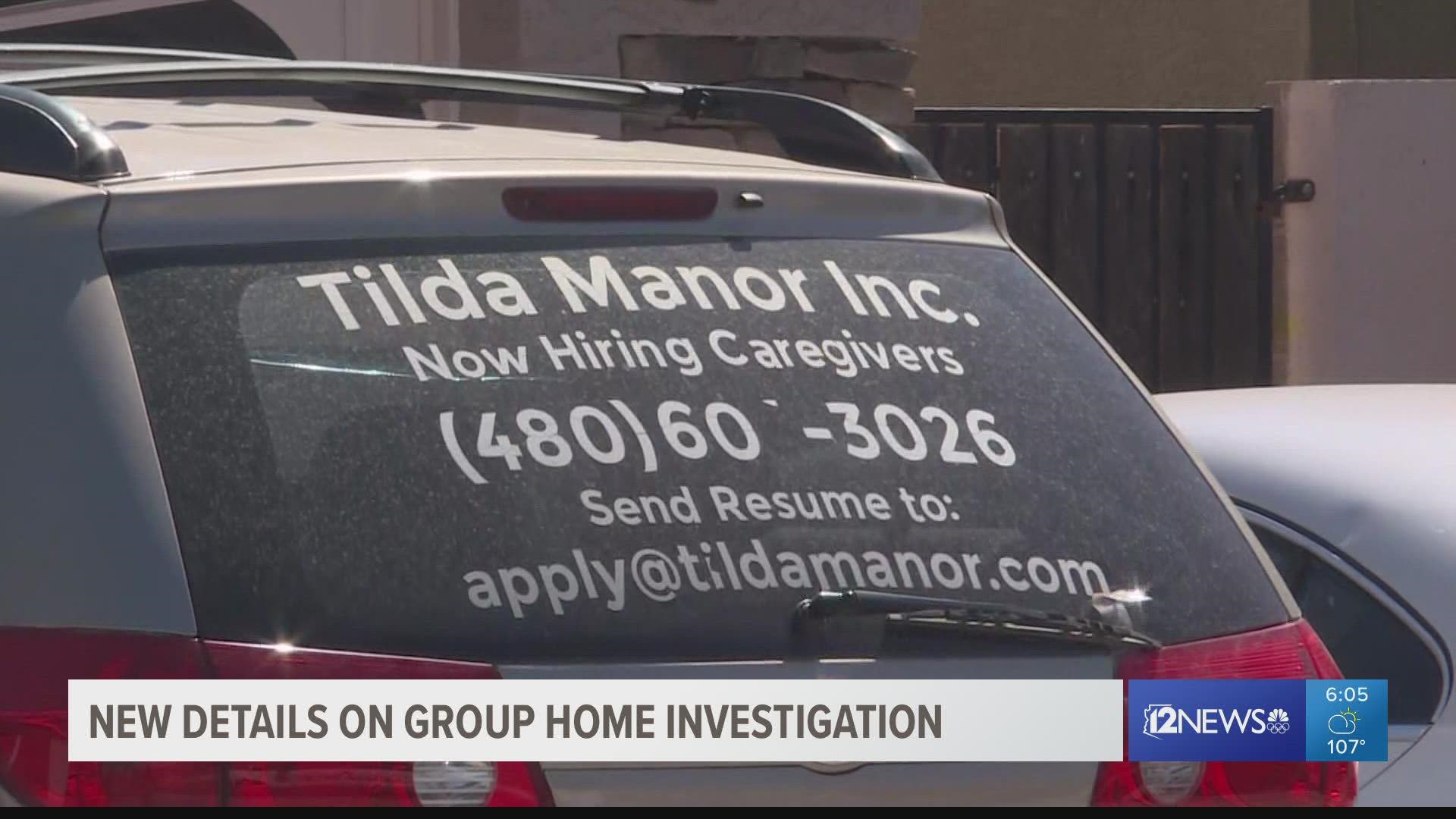 It's a place that's been well-known to the police. When the officers walked up, they found two employees outside, who tell them they've been locked out.

The staff members told the officers they went outside to get away from one of the residents, Christopher Lambeth, who they claimed was threatening to hurt them.

They called 911 and asked for police, but didn't tell the operator to send an ambulance. By the time police got there, officers found another resident dead inside the home.

A state investigation revealed that the employees didn't follow protocol that morning when they left Lambeth inside with eight other residents. And that's not the only problem.

Newly released records showed that in June, Arizona's Department of Health Services issued 23 citations to Tilda Manor stemming from an investigation into the facility after Lambeth's arrest.

Some citations detail that staff wasn’t properly trained to handle situations where residents displayed signs of crisis or meet the needs of those living at the facility, which is licensed as a behavioral health facility.  In the incident with Lambeth, a surveyor found the two employees did not try to calm Lambeth or de-escalate the situation.

The citations said that the BHPP employee had a degree in economics and accounting and was hired in August 2020 after working as a teacher from 2015 to 2017.  The state found that the employee's personnel record did not have any documentation to show they met the criteria for the position.

As for the BHT, the citations reveal that this person had a high school diploma and was hired in June 2019 after working for two years at another behavioral health facility.

When Tilda Manor reported the murder to the state, an ADHS surveyor found they used “false and misleading” information in an incident report to make it seem like staff followed protocol when they didn’t.

"When you read that report, it’s just damning," said Chris Lineberry, who lives down the road from the group home.  "How they have been able to stay open?"

He's been hoping someone would take accountability for what happened at the home in April.  He and several of his neighbors expressed concern to not just their local leaders, but to the state over the way the group home was operating.

"Which is a victory not only for our neighborhood, but I think also for the individuals who are receiving care from that home," said Lineberry.

The home was also cited for offering services they weren’t qualified to provide.

One of the citations detailed that "The administrator, BHT and BHPP job descriptions do not require skills and knowledge to work with residents with substance abuse, criminal damage, assault on other or violet expression behavior. However, the BHT and BHPP were the employees with direct constant resident contact."

The state found that Tilda Manor’s scope of services didn’t meet the needs of seven out of the nine residents.

"How was there that big of a hole in the system that people were able to follow through those cracks?" Lineberry expressed.

Despite the deficiencies in compliance found by the state, ADHS said Tilda Manor still has due process rights to continue operating. Tilda Manor has 5 locations in the East Valley, but only the Wildhorse Drive location is facing a revocation of its license.

For months, Tilda Manor has never responded to any 12 News requests for comment.  A phone number on their website was recently disconnected.

Lambeth is facing a first-degree murder charge for the group home death and entered a not guilty plea in court.