'Somebody knows something': Phoenix mom organizes march for murdered son

One year after Andy Franco, 19, was murdered there have been no arrests, and no answers. 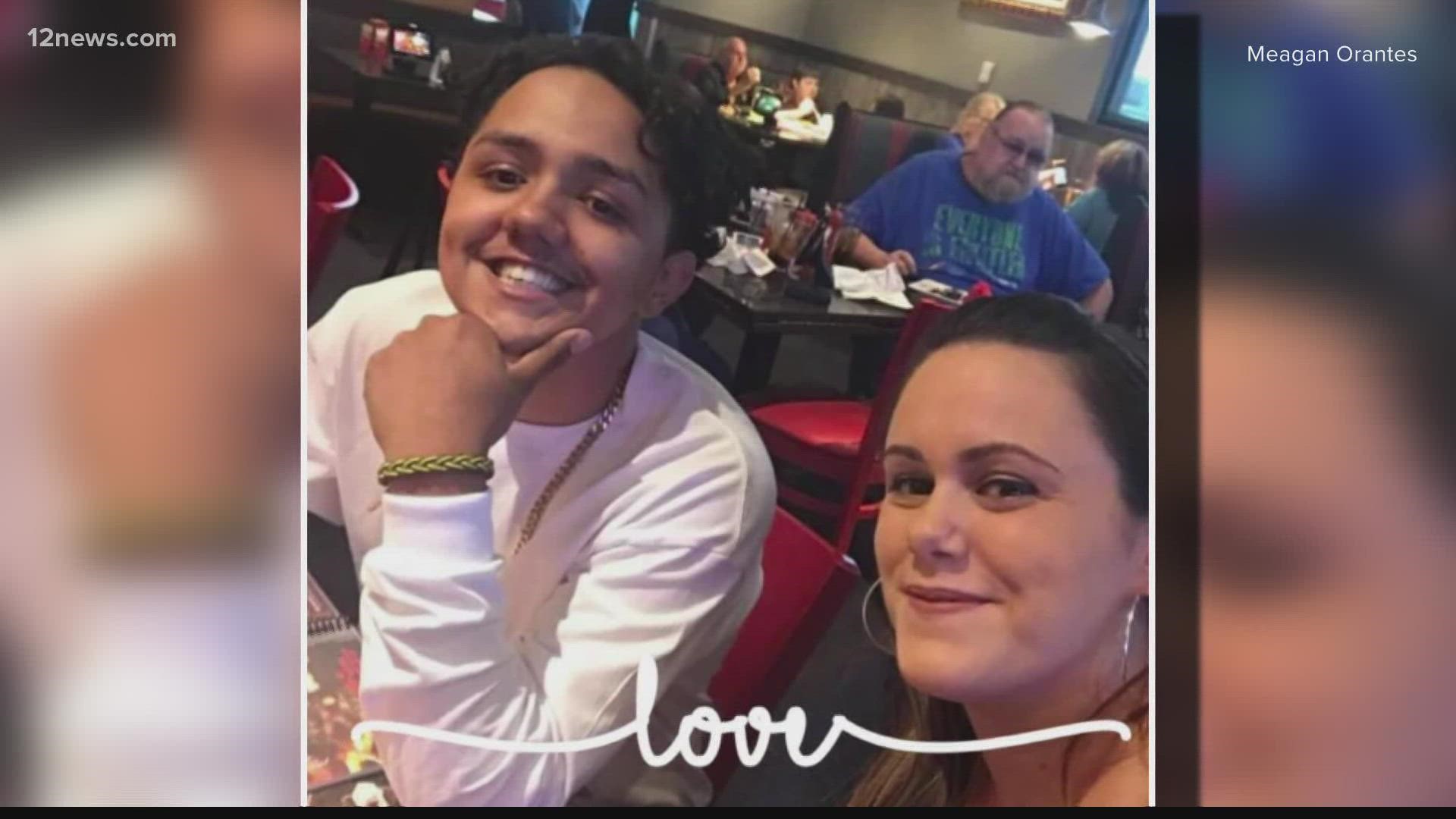 PHOENIX — A Phoenix mom is on a mission to get illegal guns off the streets after her son was murdered last year.

His killer hasn't been caught.

On Saturday, Meagan Orantes marched with dozens of others to urge witnesses of the crime to come forward.

"He was a good kid and he had his whole life ahead of him, and somebody knows something so just come forward," Orantes pleaded.

She was choking back tears as she described her son Andy Franco, murdered at 19 years old.

"He was so happy, he had these dimples that just were amazing."

Phoenix police said Franco was shot and killed on September 20, 2020, during a large party.

One year later, no arrests and no answers.

"He didn’t have money on him, they didn’t take anything from him they just walked up shot him, and took off," she explained.

RELATED: Teenager in critical condition after shooting in central Phoenix

Orantes said there were about 50 other people at that abandoned house party who could be potential witnesses.

"There were plenty of people there someone had to have seen something. If you see a murder happen call 480-WITNESS (480.948-6377). You can remain anonymous, you can catch these killers faster."

"Not that I wanted to be here but I can't sit back and do nothing."

So she decided to do something she’s never done: organize a walk to raise gun violence awareness.

"You don’t want to live with that guilt forever so come forward speak up, for any murder even if it's not my son's murder and it's somebody else’s child that was murdered, speak up," she continued. "If you know somebody who has a gun that shouldn’t call it in let's get the guns off the streets that shouldn’t be here."

She is also advocating for faster forensic testing to solve crimes.

"The crime labs are just taking way too long there’s only about 8 here in Arizona and with that being said, it has taken well over a year to get any answers for DNA forensics and we need them off the streets now, we don’t have time to waste."