Two inmates are still on the run after escaping from Arizona State Prison Complex Florence on Saturday evening. 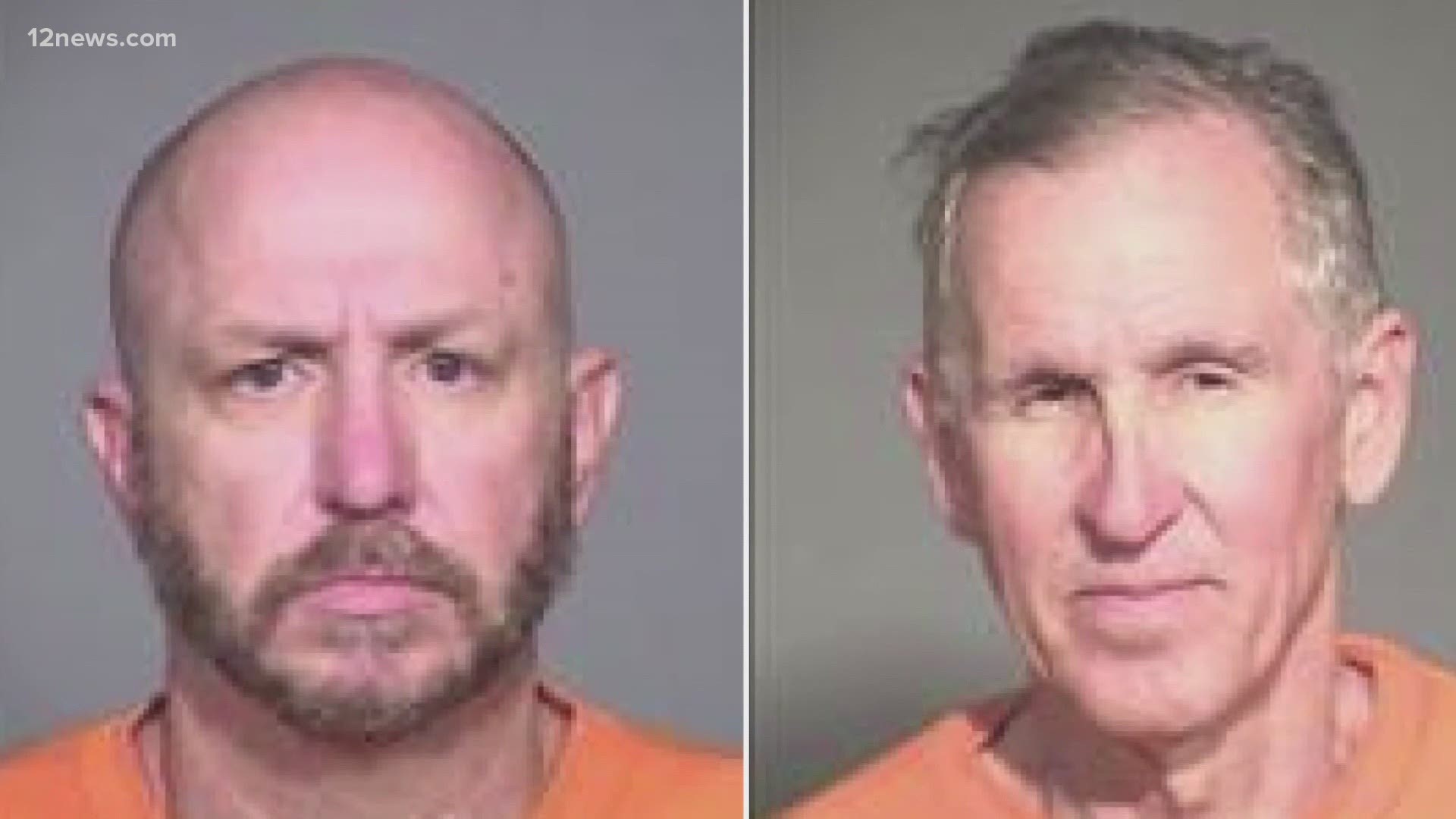 FLORENCE, Ariz. — EDITOR'S NOTE: The two inmates have since been arrested.

Ronald Windsor says he thinks about an incident that happened to him while working as a police officer almost every day, even though it happened decades ago. He can't avoid it, because it left a permanent scar on his knee.

Now, Windsor is reminded of the criminal responsible for his injury once again because he just broke out of prison.

“My knees, you could see the bone from the cuts in my knees," said Ronald Windsor.

It happened in 1988. Windsor had only been working for the Scottsdale Police Department for two years.

Windsor was tasked with transporting a suspect who had been arrested and was facing sexual assault charges. Windsor remembers the man was accused of using weapons to threaten his then alleged victims.

"I talked to the detectives about how I should transport him down to the county facility and the detectives told me I wouldn't have any problems with him," Windsor said.

The suspect's name was David Harmon.

“I handcuffed him behind his back," Windsor said. "It was in a van. It just had bench seats all the way around the van. I could feel the van moving around while I was driving down there.”

During transport, Harmon had managed to flip his handcuffed hands to the front of his body, giving him leverage.

"When I get down there, there was no place to park inside the sally port down at Madison Street so I had to park on the outside ramp going up into the sally port," Windsor described. "So I opened up the door and he comes running out."

Harmon took off running, so Windsor did too. Technology at the time made calling for backup difficult.

“Back then, the radios weren’t real good," Windsor said. "He ran on top of, there's a ventilation grate for the parking garage there by the jail and it had real jagged edges on it. So I ran up and tried to tackle him and got my knee all tore up and my elbow all tore up trying to tackle him."

Windsor was hurt. Harmon jumped out of his arms, desperate for freedom.

Windsor got up and continued to chase him down Jefferson, ultimately ending up climbing into a parking garage.

Windsor ran back outside, calling over his radio for help, yelling for officers to set up a perimeter around the garage.

"Phoenix PD responded and started getting the perimeter but he had already jumped off the second story down to the ground and took off from there," Windsor said.

Harmon was ultimately caught again about a week later. He served time in prison and was released.

Not long after, Harmon was arrested again, convicted on kidnapping, burglary, and attempted sexual assault charges, among other charges, leading him to be sentenced to a total of 100 years in prison.

Harmon and a fellow inmate break out of prison

Then, on Saturday, Harmon and fellow inmate John Charpiot used bolt and wire cutters to escape from the Florence prison.

Charpiot was not supposed to be released for another 22 years and Harmon for another 40 years.

Court documents for Charpiot show he was charged in 2010, and later convicted, for sexually abusing three young girls and attempting to molest them.

“I got the BOLO again. Looked at it and David Harmon and I’m just like oh my gosh," Windsor said. “Some people don’t change I guess.”

A massive manhunt is now underway.

Harmon and Charpiot were seen on surveillance cameras Saturday attempting to rob the GreenTree Inn and Suites in Florence.

Since then, law enforcement officials have been searching from the sky to the ground, going door-to-door in Florence, searching homes, sheds and garages for any sign of the inmates.

Authorities consider the two men to be extremely dangerous. They say both men have medical conditions so they may target pharmacies or drug stores.

Windsor hopes history repeats itself and Harmon, along with Charpiot, is caught once again.

“Get him back into where he needs to be," Windsor said.

There is a $35,000 reward per inmate for information leading to their arrests. You're asked to call 911 or 480-WITNESS with any information.