Officers say 26-year-old Cody Smith grabbed the woman, forced her into her car and ordered her to take him to California. 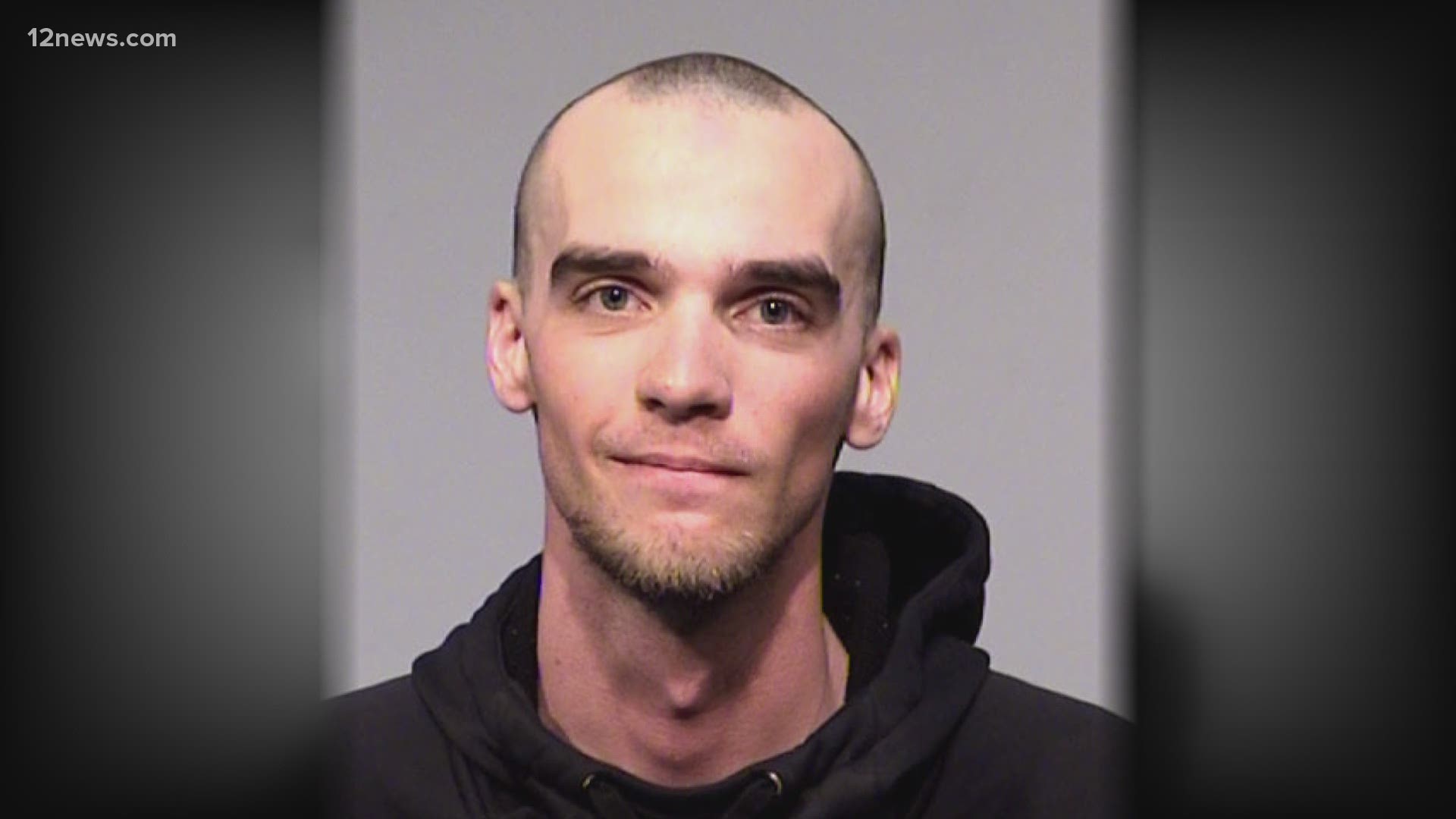 PHOENIX — A man is behind bars after officers say he forced himself in a stranger's car and attempted to force her to take him to California.

In a release, the sheriff's office said the chain of events began on Jan. 22.

Around 11 p.m., sheriff deputies received a call that 26-year-old Cody Smith stole a can of beer and a soda and sped away.

According to the release, Smith’s car was found on Interstate 17 near Cordes Junction, appearing to be abandoned after it had ran out of gas.

The next morning, the press release says, a woman was traveling from Phoenix to Prescott when she merged onto Interstate 17 southbound.

According to the sheriff's office, as she drove south on I-17, a man suddenly jumped in front of her car and she swerved to avoid hitting him. She pulled over to the side of the road to make sure he is OK.

D'Evelyn said the woman then attempted to call 911 when the man appeared next to her car and grabbed the phone from her before she was able to speak to a dispatcher.

Police said Smith then jumped in the front passenger seat and told her to drive him to California.

D'Evelyn said while driving, Smith indicated he may be suicidal and was trying to have a car hit him.

D'Evelyn said as the two approached the Sunset Point rest area, the victim pretended she needed to use the restroom and convinced Smith to let her stop. The release states Smith followed her into the women’s restroom and then they both returned to the car.

Before Smith could get in the car, the victim jumped in her car and sped off, leaving Smith behind. The victim would then call 911 and report the incident. Smith was arrested at Sunset Point.

D'Evelyn said deputies initially booked Smith on the shoplifting charge, but had to release him because they were unable to reach the kidnapping victim to clarify the circumstances for charging on that incident.

According to the release, late in the evening of Jan. 23, deputies were able to get in touch with the victim and get the needed information to bring charges.

D'Evelyn said deputies were dispatched to Smith’s house in Dewey regarding a trespassing complaint.

The release said Smith's father indicated his son was not allowed on the property. Smith was found hiding in a shed and arrested.

According to the Yavapai County Sheriff's office, Smith was booked into the Camp Verde Detention Center on the following charges: Kidnapping (Seize control of a vehicle), Unlawful Imprisonment (Restraining Another), Disorderly Conduct, Threatening, Endangerment, Intentionally prevent the use of a telephone in an emergency, Recklessly interfere with passage of highway, Causing a condition that endangers the safety of others and Placing an individual in fear of physical injury.

What the victim did right

D'Evelyn said these situations do not usually have this good of a result. He credited the quick thinking by the woman as the reason she was able to escape.

The first key was that she remained calm and was able to convince Smith to let her stop.

When an opportunity presented itself to escape, D'Evelyn said she did not miss it.

“The opportunity to escape is critical because it may be the only time and she took advantage of the opportunity," D'Evelyn said.