Authorities were searching for 20-year-old J'Saan Strover of Phoenix, Ariz. 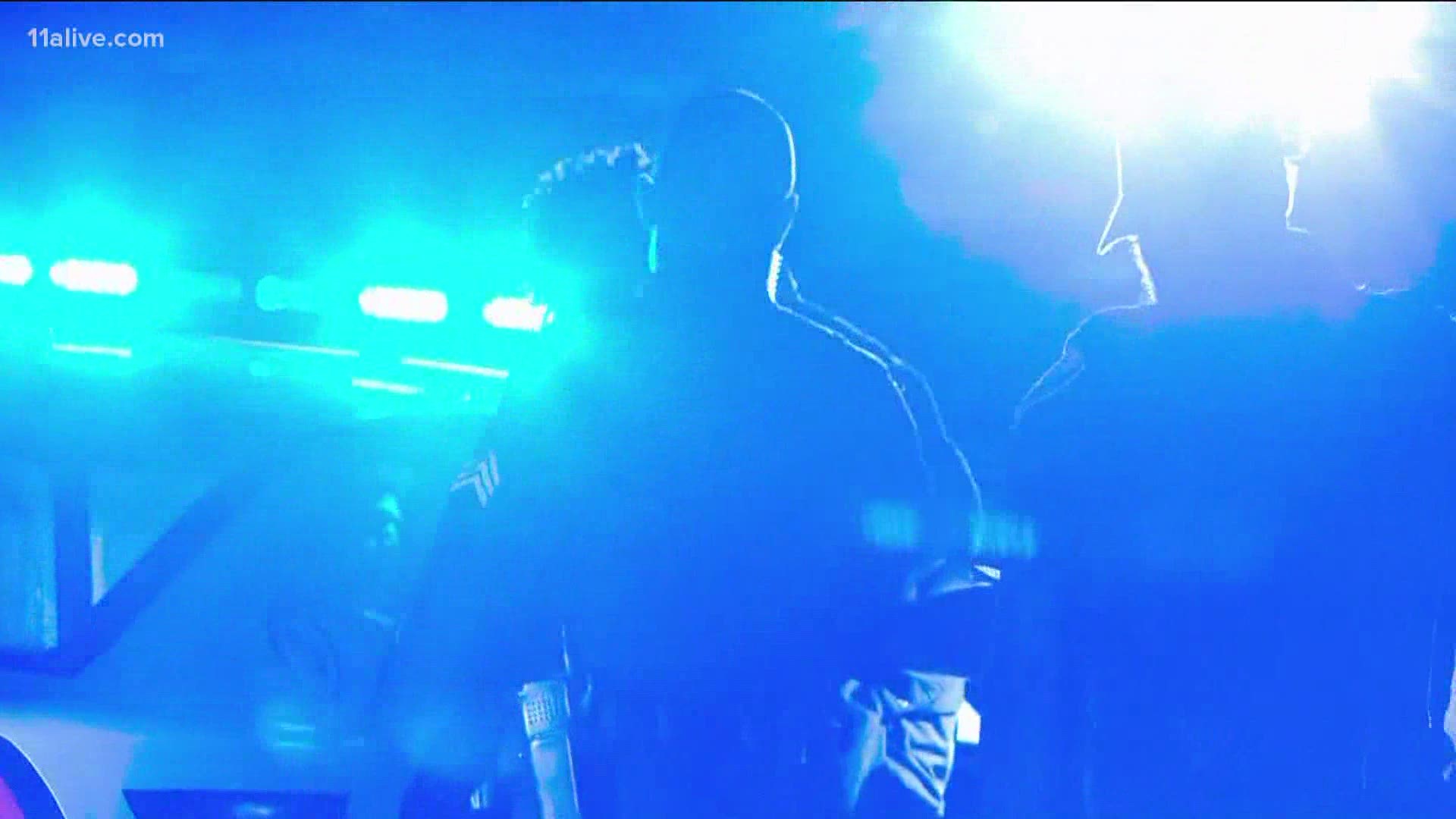 COLLEGE PARK, Ga. — The man wanted for murder in Arizona who authorities said escaped custody in metro Atlanta is now back in handcuffs.

The manhunt for Strover started after authorities said he escaped from Maricopa County, Ariz. sheriff's deputies who were extraditing him from Georgia. Strover and the deputies were at the rental car area of the Atlanta airport, where the deputies had just returned a car.

Police said Strover was handcuffed and in waist chains when deputies undid his ankle cuffs so they could lead him down a set of stairs. They said at that time he pushed past the deputies and made a break, running across the street and escaping into the wood line.

Police said he'd originally been arrested in Sandy Springs and was transferred to the custody of U.S. Marshals because he was wanted for murder in Arizona. 11Alive learned that on Feb.19, investigators believe Strover took the life of 33-year-old Walter Woods in Arizona. Following the death, a warrant was issued for Strover's arrest in connection to the deadly shooting.

After Strover escaped custody in metro Atlanta, authorities spent hours looking for him.

He was finally located Thursday night shortly after 11 p.m. near the original search area along Camp Creek Parkway. Police said he was spotted an identified by callers in the area.

11Alive's Joe Henke was at the scene when College Park Police arrested Stover. Video shows police taking him into custody.

“Our officers performed a great service to the community in apprehending this escapee,” Interim College Park Police Chief Thomas Kuzniacki said in a news release. "Their determination, along with all participating public safety partners is greatly appreciated, while we return this suspect to detention.”

Local media reports indicate Strover was at one time a star high school basketball player in the Phoenix area.

Wanted for murder in Arizona and on the run in Atlanta Jsaan Strover is back in custody. Being taken into custody right now by College Park PD. #11Alive pic.twitter.com/t5phxYEcdA