Prosecutors said that evidence showed he often abused two of six children he was supposed to care for. 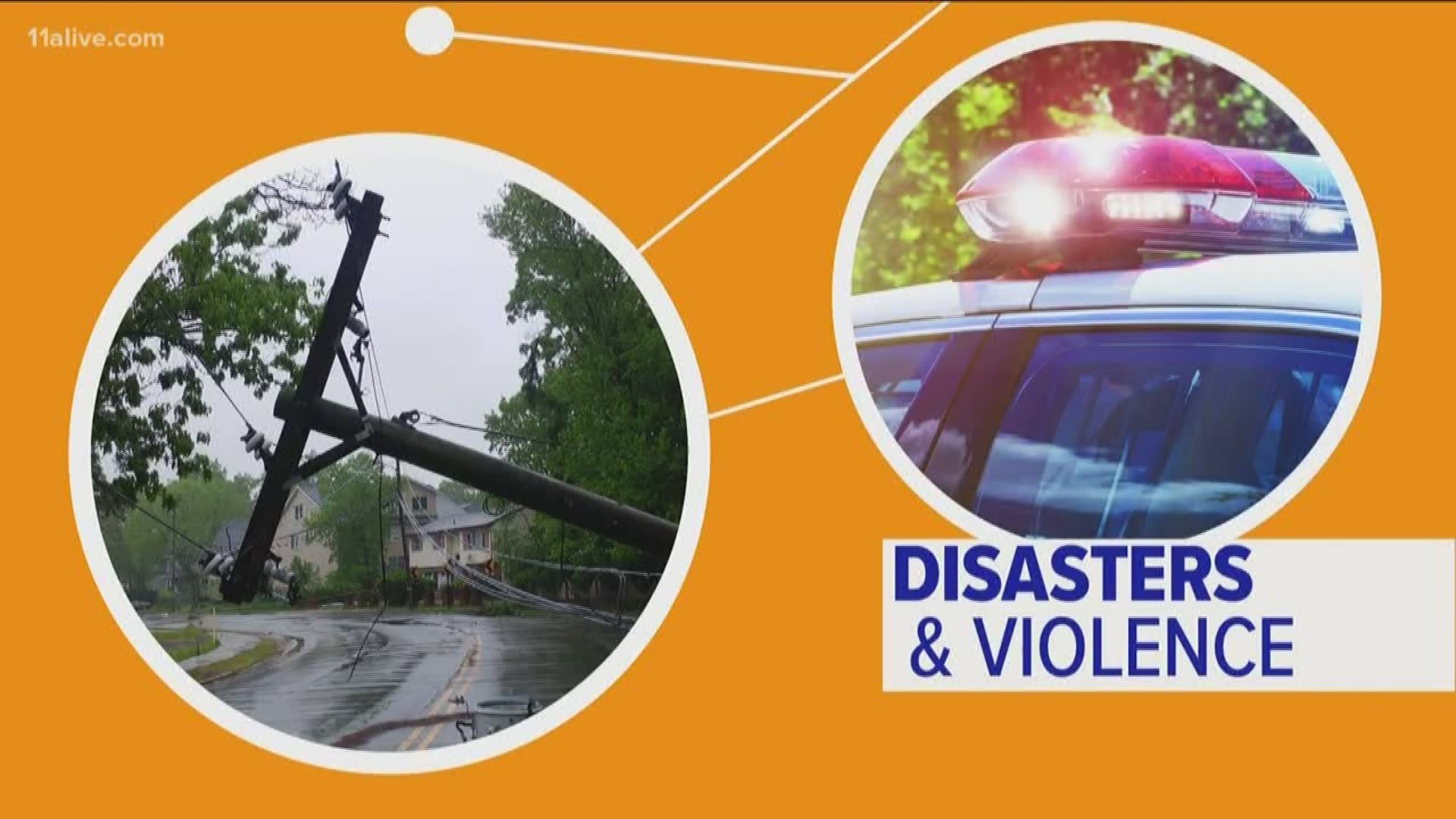 LAWRENCEVILLE, Ga. — A Gwinnett County jury has convicted a stepfather of murder – with evidence suggesting he crushed a 2-year-old’s chest with his bare hands.

Rescue crews arrived at the home on Jan. 25, 2014 to find the victim’s 11-year-old sister performing CPR on him desperately trying to save his life. Sadly, he was pronounced dead at Gwinnett Medical Center. Interviews and a further investigation soon uncovered unsettling details with help from the same little girl.

The victim was one of six children living in the two-bedroom apartment – ranging in age from eight months old to 11-years old.

Police later found that Bertrand Hounkpatin was in charge of caring for the children. And with help from the eldest child, they started looking into his role in the toddler’s death.

Before the victim was taken to the hospital, prosecutors said that officers attempted to get information from the sister. But that’s when Hounkpatin allegedly interjected and told the officer not to listen to her because she made things up.

The child, however, again tried to get the attention of officers as the stepfather’s back was turned in the living room. Police said she signaled with her eyes and handed the officer what prosecutors described as a “cryptic note” indicating that Hounkpatin had done something.

Police then interviewed the eldest of the three children who were 11, 9 and 7 years old.  They said that earlier in the day, they finished breakfast and went back to their room when their stepfather took the victim and his 3-year-old brother to his bedroom.

'Crying and then silence'

“They then heard hitting noises coming from the bedroom, crying and then silence,” the Gwinnett District Attorney’s Office said in a statement. “The defendant then came back into the children’s bedroom carrying the victim who appeared to be asleep.”

The statement said Hounkpatin put the child in bed.  About 10 to 15 minutes later, the 11-year-old sister came in and couldn’t wake him up.

All three of the children told investigators that their stepfather was physically abusive – especially to the victim and the 3-year-old.

“This victim’s 11-year-old sister said that one time, she saw the defendant squeeze her three-year-old brother around the chest to the point that his voice was hoarse,” the DA’s office said. “The defendant did this because the child was sucking his thumb.”

In another alleged moment of violence,t he 11-year-old sister jump between the victim and her step-father as he attempted to strike the child.

“She said that she was often worried about going to school because her brothers were home alone with the defendant,” the DA’s office said.

An autopsy by the Gwinnett County Medical Examiner, Dr. Carol Terry, later found rib fractures in a pattern that was “consistent with the victim being squeezed around the chest” along with older healing fractures.  The cause of death was ruled asphyxiation due to compression of the chest cutting off oxygen to the brain, the DA’s office said.

Defense attorneys brought in the former chief medical examiner with the Georgia Bureau of Investigation, Dr. Kris Sperry, to speak in Hounkpatin’s defense – claiming the fractures were from attempted CPR and that the child died from an “undiagnosed seizure disorder.”

But the DA’s office said Sperry later admitted that he never looked at the medical findings before being contacted by their office – claiming that Dr. Terry explained them to him over the phone.

Prosecutors said he made his determination despite not having “reviewed most of the victim’s medical records, watched any witness interviews and, most importantly, … not examining the slides of the brain and ribs that Dr. Terry had prepared for microscopic examination.”

Furthermore, Dr. Terry said he mischaracterized her findings adding that “she would never give an opinion in a case as complex as this without looking at the microscopic evidence herself.”

The jury, after reaching their verdict, later threw out Sperry’s testimony claiming it wasn’t credible. The DA’s office further pointed out that Sperry had retired from the GBI in 2015 after a media investigation was released concerning days he claimed to have been working for the state but was allegedly working for private clients in his consulting business instead.

He was asked by prosecutors about this during the recent Rosenbaum murder trial as well and admitted to "making mistakes" when it came to filling out timesheets. He also said he repaid the hours with his vacation time and retired early.

'A child was dead and they wanted to blame somebody'

In an interview with 11Alive after the verdict, defense attorney Don Geary continued to dispute the findings of Dr. Terry. He contended that the brain injury pre-existed the date of death and "wasn't caused by the death."

"With that as a fact, the state's cause of death is wrong," Geary said.

Geary argued that a medical examiner hired by the defense said that the slides showed that the brain injury had occurred several weeks before the boy’s death – perhaps even as far back as birth.

“A child was dead and they wanted to blame somebody,” Geary said.

Geary said the defendant’s wife has remained supportive of her husband, and they remain married.

Hounkpatin is scheduled for sentencing on Aug. 22 at 2:30 p.m. However, the DA’s office said he faces a mandatory sentence of life in prison.  The sentencing will determine whether he is eligible for parole.