Angelica Rice and Sarahann Emily Rice allegedly told the woman she needed to "feed" and "appease" the spirits by giving them gift cards before using the cards. 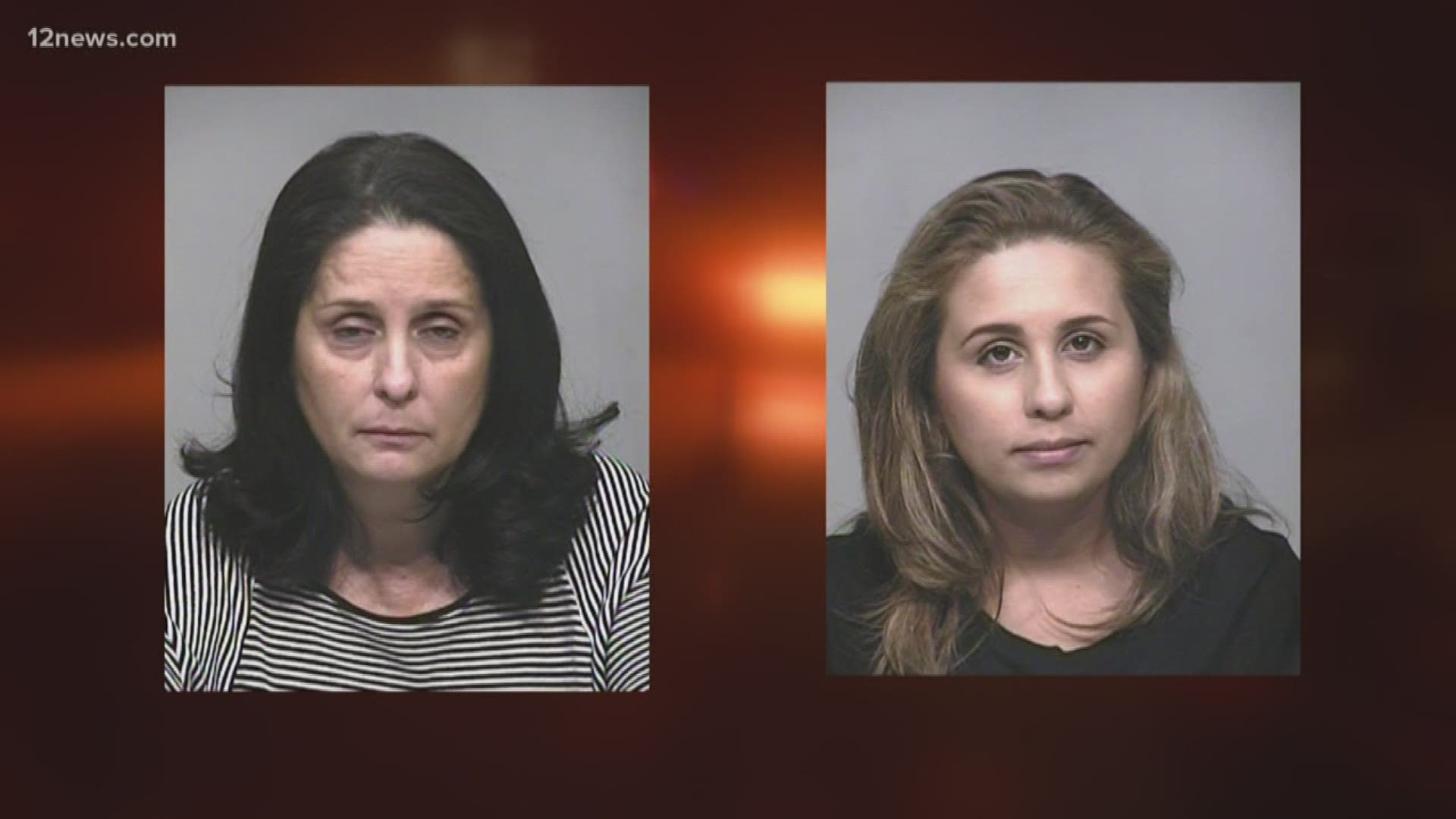 A self-described psychic and her daughter are accused of stealing tens of thousands of dollars from a woman by telling her she needed to "feed" and "appease" the spirits by giving them gift cards before using the cards on themselves.

Angelica Rice and her daughter Sarahann Emily Rice were each charged with one count of fraudulent schemes and one count of theft from a vulnerable adult, court documents filed Tuesday showed.

According to court documents, Angelica, Sarahann – who is referred to in the documents as Emily – and Angelica's daughter-in-law were at an IKEA in Tempe when Angelica walked up to the victim and started telling her about herself.

Angelica gave the victim, who is a woman with a history of mental illness, a card and the woman went to Angelica's apartment in Tempe to have a palm reading done.

The woman was told that she needed to buy a monstrance – an item that holds items of holy significance – and a tabernacle "to make things happen in her life." She paid between $4,500 and $6,000 on her credit card to The Bodhi Tree, an account allegedly owned by Angelica.

RELATED: Can a psychic predict the winning lottery numbers?

The woman then had "quite a few more palm readings" done by Angelica and Emily at Angelica's Tempe apartment.

"After each reading, Angelica told her she needed to 'feed' and 'appease' the spirits by giving them gift cards," the court documents read.

Emily would allegedly go to different stores with the woman, tell her to open a line of credit then max out her credit by buying gift cards.

The woman would then give the gift cards to Emily, who would allegedly spend them. They went to stores such as Nordstrom's, Target and Lowe's.

The woman allegedly spent approximately $30,000 on her own credit cards.

Emily would usually go with the woman to the stores, but Angelica and the sister-in-law also went a few times. The sister-in-law was not charged in the filing documents.

The woman has suffered from mental illness since high school and is currently taking medication for depression.

Angelica told authorities that she knew the victim had a mental illness but denied that she told her to buy gift cards. She said Emily might have done it because she believed Emily was stealing her clients.

The alleged crimes took place between 2017 and 2018; however, the court documents were filed Tuesday.

Amanda Marquez and Serena Faith both work in the local psychic industry and admit there are shady people in the business.

RELATED: I took my dogs to a pet psychic just to see what it was like. I was intrigued by what I heard.

"Many times people prey upon those who are going through something or that are feeling weaker," Marquez said. "I actually had a client a couple months ago who spent his life savings because some lady told him he had a dark curse over him, and that's something he believed his whole life."

Marquez and Faith said the best way to protect yourself is to do your research and make sure other clients can vouch for the reader you may be seeking guidance from.