Timothy Larson was caught on camera attacking the altar and spraypainting the ground outside the Chapel of the Holy Cross in Sedona. 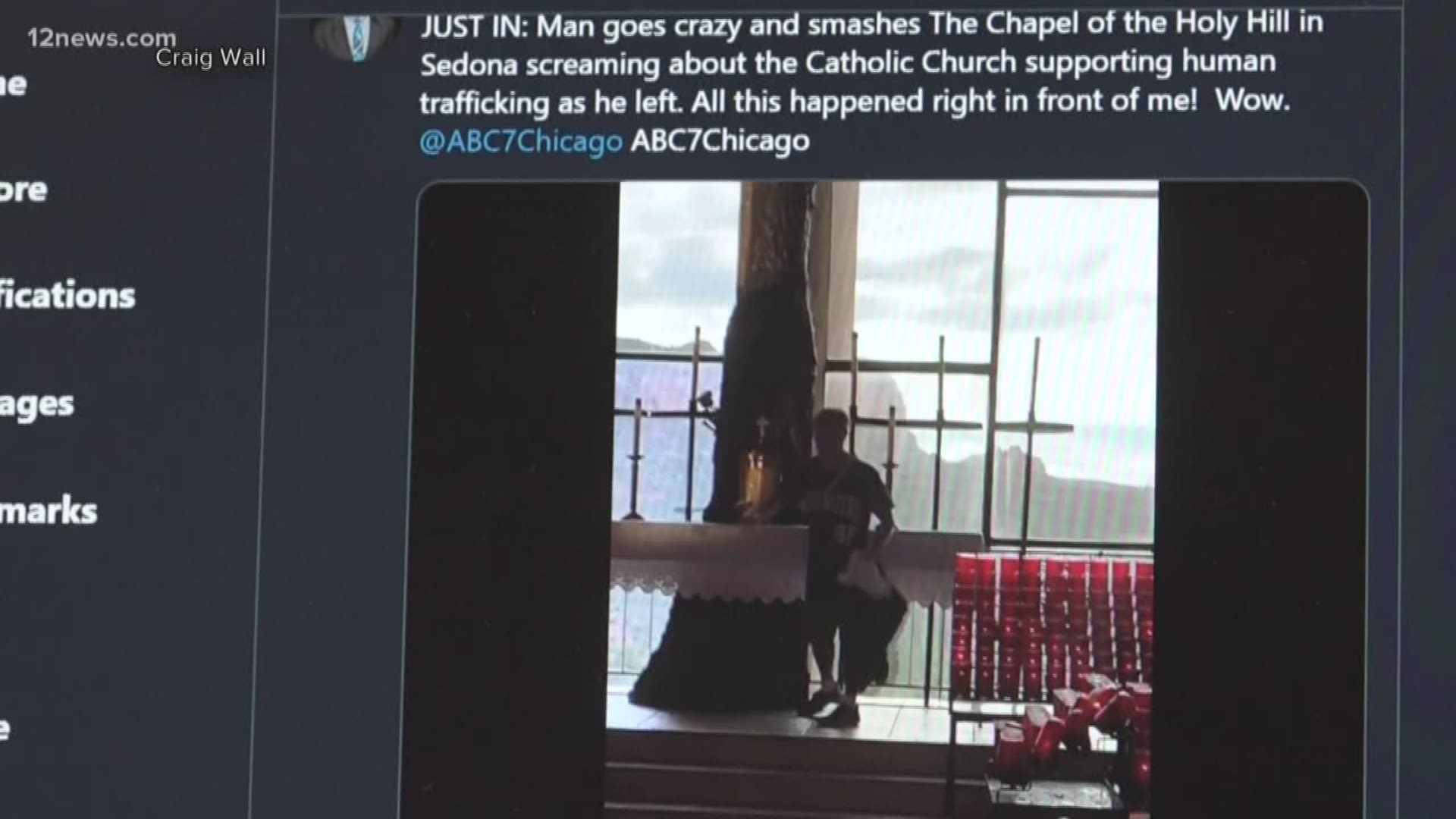 PHOENIX — One of the most famous destinations in Sedona was vandalized on Wednesday, and police say the man accused of doing so could be charged with a hate crime.

Timothy Larson was caught on camera attacking the altar and spraypainting the ground outside the Chapel of the Holy Cross in Sedona, police said.

Parishioner Betty McGinnis said the church, her home for the last 21 years, was shattered within minutes.

"The spray paint was all across here …We had glass and so forth all over here...," she told 12 News.

"My first question was -- please tell me everybody's OK."

WARNING: The following video might be disturbing to some viewers.

Sedona Police said Larson climbed up the red rocks that the Catholic church is built in to -- the one that has been seen by people across the globe -- and came inside with a crowbar.

"He took a crowbar and just really hit the tabernacle," McGinnis said.

But that isn't all Larson is accused of: Police say he spray painted the word "evil" in front of the door. They said he was ranting about the Catholic Church before disappearing down the rocks again.

As he left the scene, police said Larson threw his business cards in the air, cards that pointed to his Twitter feed full of bizarre rantings and calling himself a lawless, untouchable immortal.

He tweeted that he had planned to attack the church days ago but didn't have the time.

Sedona Police then put its own post on NextDoor, which led to someone spotting Larson and calling police.

"Churches and stores and hospitals and libraries – these types of things are supposed to be safe zones from crime and violence but it doesn't appear that that's really the case anymore," Sedona Police Chief Charles Husted said.

McGinnis, who runs the building, said she spent hours with her staff, scrubbing and cleaning up a place that should be her sanctuary.

"It says peace to all who enter," she said. "And yesterday, we lost that for a few minutes."

Sedona Police said it's ultimately up to the Coconino County Attorney whether Larson will be charged with a hate crime.