Police say 31-year-old Chazmon Washington has been charged with murder and other crimes. 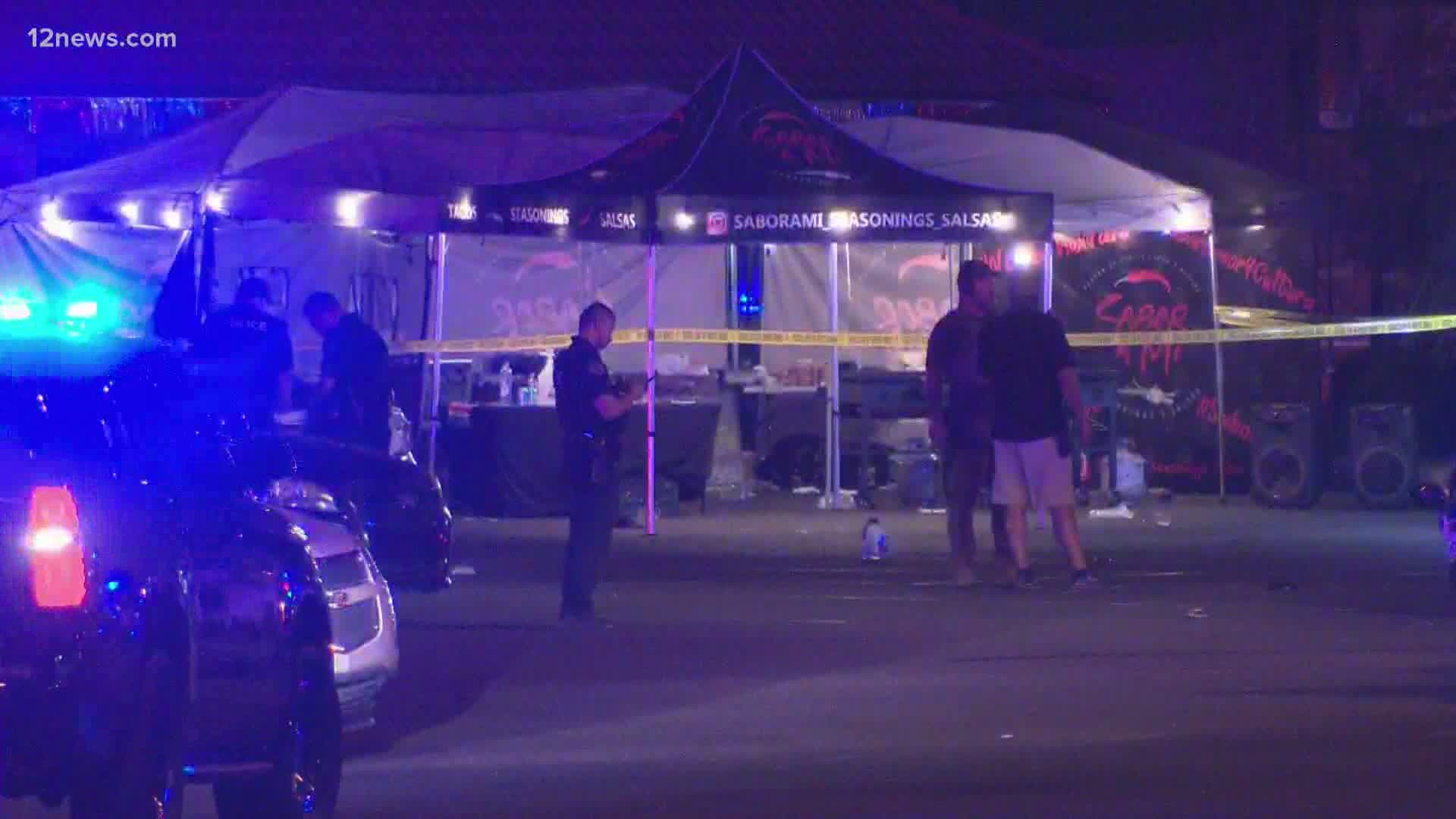 MESA, Ariz. — A second man has been arrested for a drive-by shooting in Mesa last year that killed a baby and wounded six others, police said on Tuesday.

Police say 31-year-old Chazmon Washington has been charged with murder and other crimes.

Witnesses identified Washington as another person involved in a fight that happened a few hours before the deadly shooting, according to police.

The other suspect, Larry Miller, was arrested last November.

On Oct. 16, police say Miller opened fire on a crowd at an outdoor taco shop at Guadalupe and Dobson roads. That is the same location where police say he and Washington were involved in a fight two hours before.

Four children, ages 1, 6, 9 and 16, were shot, as well as three adults. One-year-old Sebastian Duran died after the shooting.

A week later, police conducted a search warrant and took away a silver Kia Soul they believed was the suspect vehicle and Miller was arrested on a narcotics charge.

“I miss him, every single minute, that he‘s always going to be in my mind and in my heart.“ Geraldo Duran, Sebastian's father said.

"Every day has been like that, hard, trying to go over it, trying to understand why, trying to look for answers.“ Duran said. "The person who did this needs to be held responsible for all this that he caused."