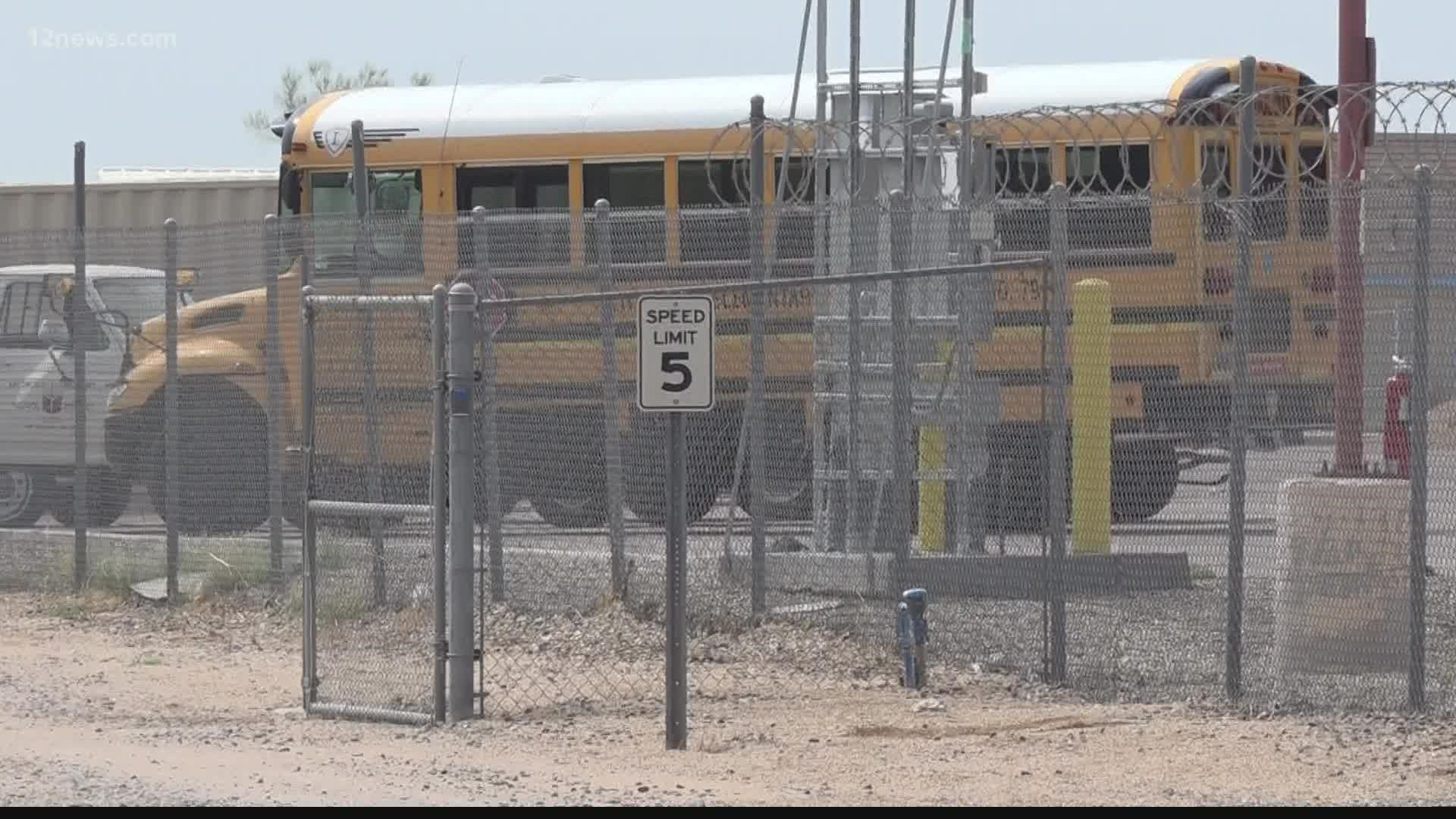 LITCHFIELD PARK, Ariz. — Two former school employees from the Litchfield Elementary School District are under investigation relating to physical abuse against students at a special and alternative education school.

A spokesperson for Buckeye Police Department told 12 News a paraprofessional is under investigation in addition to a teacher.

“It’s very unsettling to find out so many months after the fact from a totally different source that this is a lot bigger than what it initially seemed,” Casey Crane said.

RELATED: 'It did kind of hurt': Former Litchfield Park teacher gave up teaching certificates after 'multiple' instances of excessive force with students

Crane said JP is on the Autism spectrum and has ADHD and that he was excelling at White Tanks Learning Center, a school with special and alternative education programs, before the incident.

In late April, JP described how Beery had grabbed a hold of his arm.

“He did slam me against the wall.  It was cushioned but it did kind of hurt,” JP said.

Documents from the Arizona State Board of Education show that Beery voluntarily surrendered his teaching certificate after “multiple incidents of excessive force on students.”

A spokesperson for Litchfield Elementary School District said Beery is no longer employed at the district.

Beery has not responded to 12 News regarding these allegations.

Buckeye police told 12 News in addition to Beery, a paraprofessional from the district was also investigated.

However, district documents show he worked as an instructional assistant at White Tanks Learning Center.

“It makes you wonder, 'How far deep does that go?” Crane said.

“It makes me feel really bad to know he was there and not being handled properly and there were more students involved,” Crane said.

Buckeye Police Department turned their case over to the Maricopa County Attorney’s Office in August.

A spokesperson for the Maricopa County Attorney’s Office said they’re reviewing to decide whether to bring charges against Beery and the paraprofessional or not.

With the developments, Crane said she’s left with more questions.

“Who was watching? Who was protecting our students?” she asked.