A minor was allegedly assaulted by an instructor and chaperone while staying at a hotel attending ballet school. 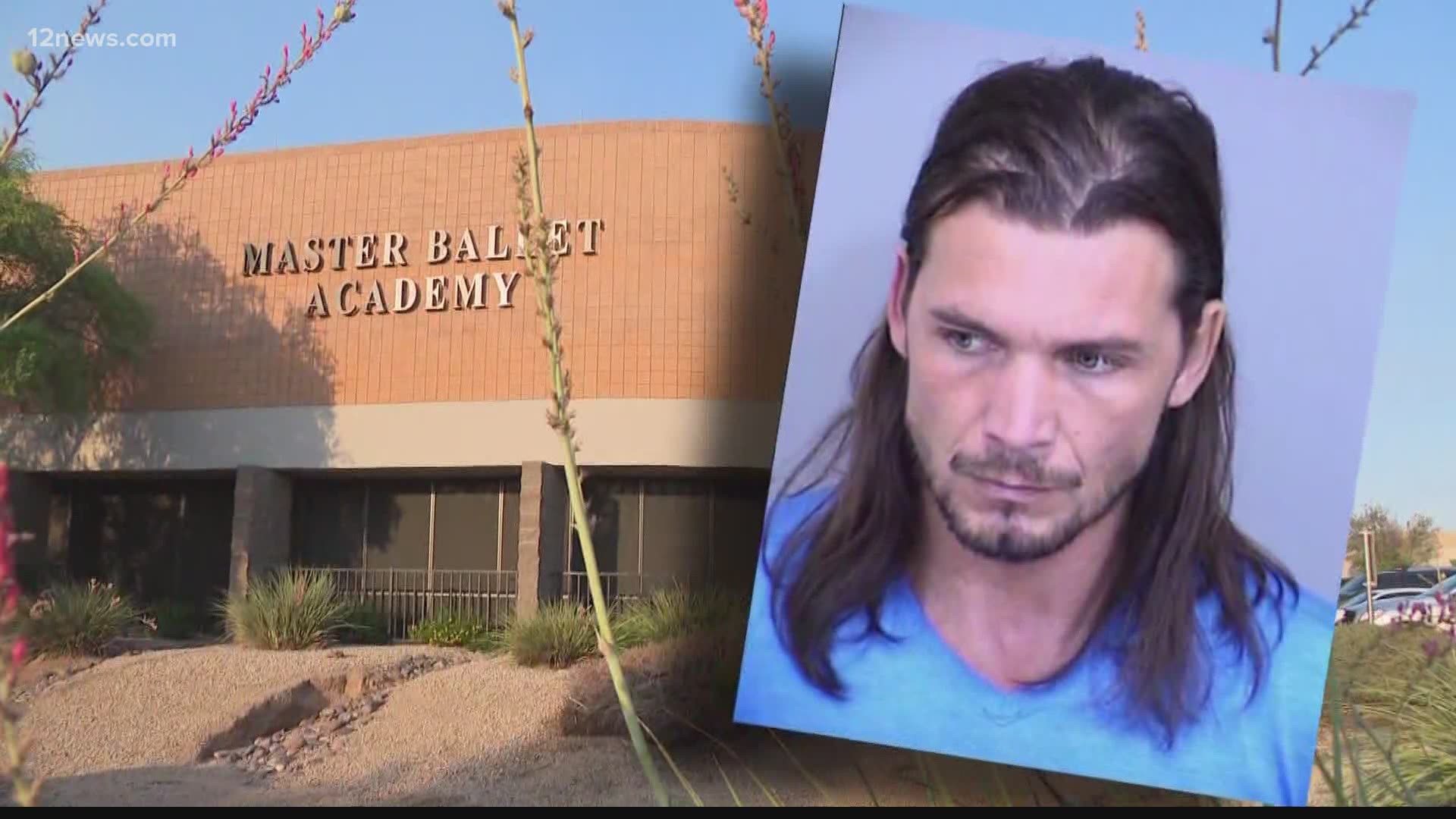 SCOTTSDALE, Ariz. — A ballet instructor at a Scottsdale dance school is being accused of sexual assault after a 16-year-old female victim came forward with details about the encounter, according to the Scottsdale Police Department.

The suspect, identified as Ivan Ivanovich Poroshin, admitted to detectives that there was sexual contact, according to police documents.

The victim is from Texas and had been staying at a Sonesta Suites Hotel for the past few weeks while attending ballet school, according to documents.

The victim told police she has been staying in the suite alone because her suitemate was sick and that a chaperone normally does room checks at 9 p.m.

But on July 2, Poroshin did the room check, then knocked on her door two additional times, which she stated was atypical, according to police reports.

During the third check, Poroshin walked into the room eliminating space between them. That is when the victim stated she was uncomfortable and used her cell phone to call her mother, documents show. When her mother answered the call, Poroshin left the room.

During the conversation with her mother, the victim told police she was scared to tell her what occurred. Her mother mentioned how she would be staying in the suite alone and suggested she text Poroshin so he could check on her. The victim stated she did end up texting the suspect and he initiated a conversation where he complimented her and further made her uncomfortable, according to documents.

The next day, the victim saw Poroshin at a celebration for the July 4th holiday, according to police reports.

The victim said she wanted to tell someone, according to Scottsdale police, but didn't feel comfortable with other people around and had an incorrect phone number for the school's director.

The victim left the party and went up to her suite alone. Poroshin then knocked on her door and asked if she was OK before entering the room and immediately assaulting the victim, according to police.

The following day the victim saw Poroshin at the pool, where others were also gathered, according to reports.

The victim left the pool and was confronted by another chaperone about rumors circulating regarding her and Poroshin, according to reports.

The victim denied any rumors, telling police she was afraid that Poroshin would hurt her based on previous statements he made, according to reports.

The victim felt guilty about what happened and lying so she contacted Scottsdale Police, documents show.

Poroshin was brought in for questioning and that is when he confessed to some sexual contact with the 16-year-old, according to documents.

The state is now requesting Poroshin be held on a $250,000 bond and electronic monitoring.

General Manager of Master Ballet Academy, Heather Hudak, made the following statement about the incident:

"We are shocked and horrified by the arrest of a guest instructor and are cooperating fully with law enforcement. To protect the victim's identity, we are not allowed to not share any further details. This is our worst imaginable nightmare and we appreciate the police department’s swift and thorough investigation."