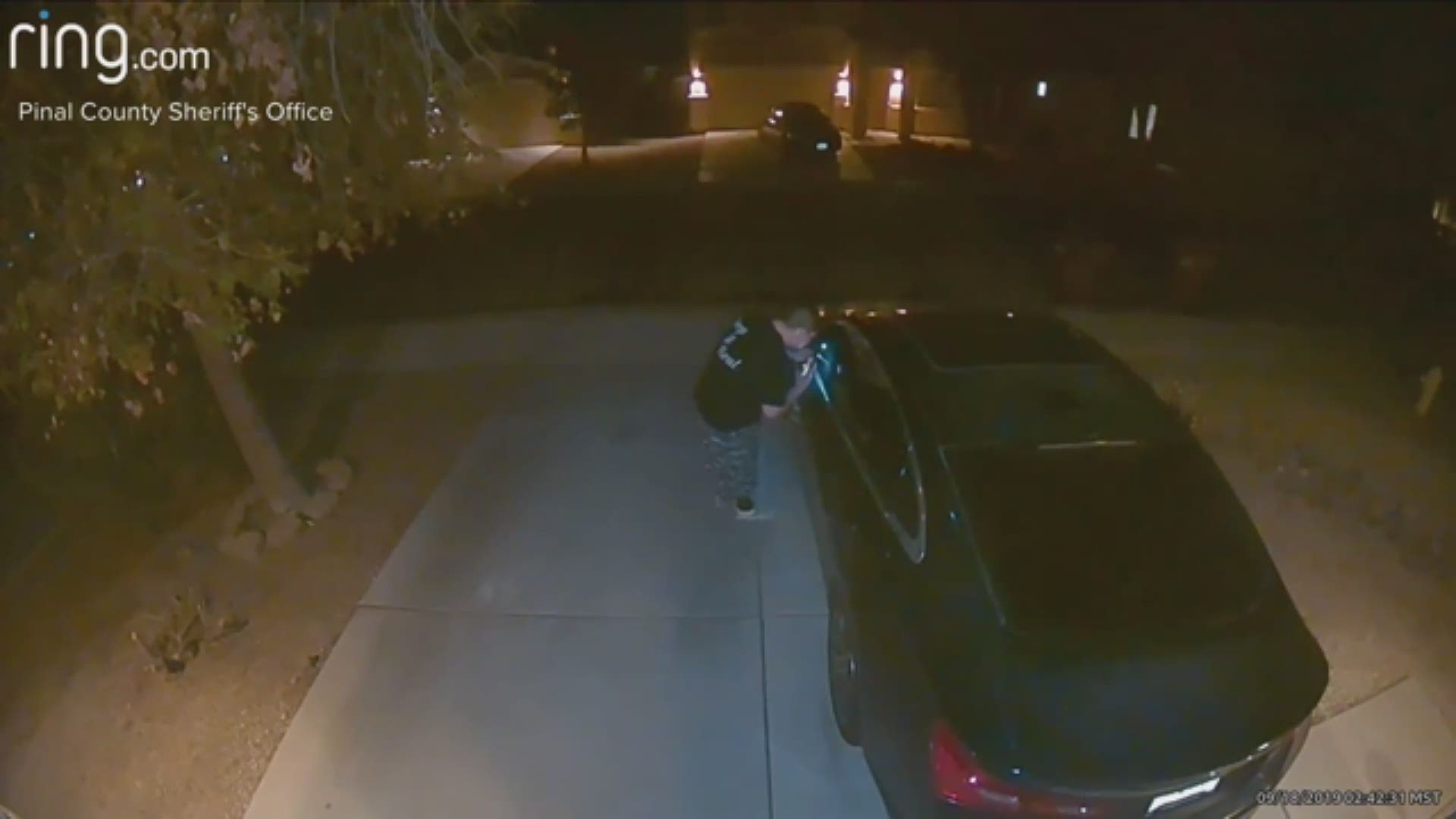 Ring video from a home in the neighborhood shows the man walking onto driveways around 3 a.m., shining a light into car windows and then pulling the door handles to see if the cars were unlocked.

Deputies were able to find the suspect, 23-year-old Christopher Rios, but Rios tried to fight the deputies arresting him, the sheriff’s office said. Deputies eventually took Rios into custody.

The sheriff’s office said two stolen wallets, credit cards not in his name, a stolen expandable baton and a stolen folding knife were found in Rios' possession.

Rios was booked into the Pinal County Adult Detention Center on charges of burglary, theft, resisting arrest and aggravated assault on a peace officer.