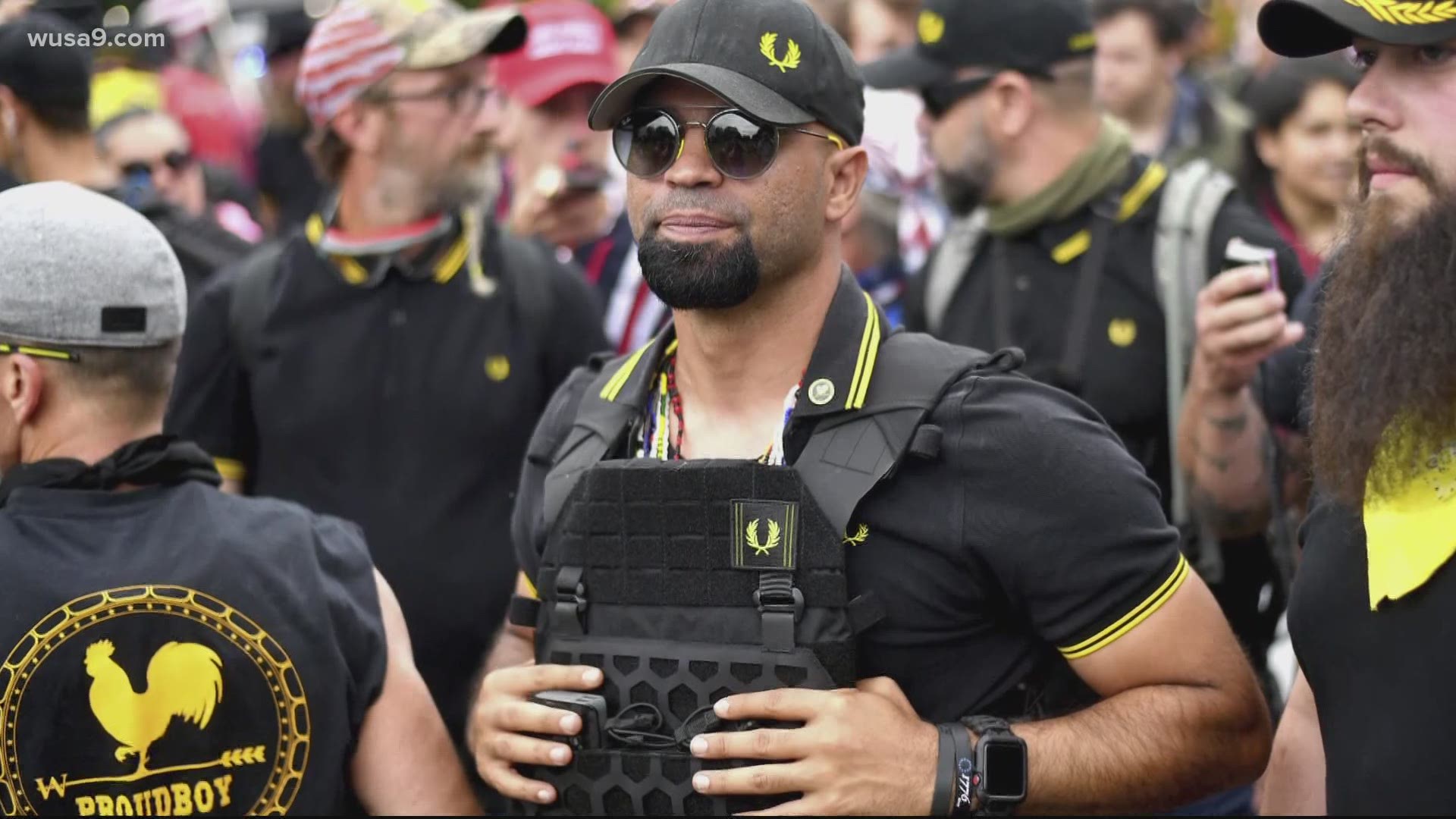 WASHINGTON — The chairman of the far-right extremist group Proud Boys pleaded guilty Monday to burning a Black Lives Matter banner stolen from a historical Black church in downtown D.C. during a December 2020 demonstration in support of former President Donald Trump.

In the D.C. Superior Court, Henry "Enrique" Tarrio, 37, also pleaded guilty to a separate charge of attempting to obtain a large-capacity ammunition feeding device. The Miami-native was previously arrested but then got released from custody in January under the condition that he would not re-enter D.C. except for trial proceedings, according to officials.

Both of Tarrio's charges are misdemeanors and carry a maximum sentence of 180 days' imprisonment and up to a $1,000 fine. The court also ruled that Tarrio must continue to stay away from D.C. until his sentencing on Aug. 23.

Police said that Tarrio and other unidentified members of the Proud Boys stole the banner from Asbury United Methodist Church on Dec. 12, 2021, before continuing towards the intersection of 11th Street and E Street, Northwest. There, police allege that Tarrio and the other members doused the banner in lighter fluid before using multiple lighters to set it on fire.

Barrio then allegedly posted a picture of himself holding a lighter to the social media site Parler. In the days following the demonstration, Tarrio admitted on social media and to several news outlets that he had burned the banner, as stated in a press release from the U.S. Justice Department.

Tarrio returned to D.C. on Jan. 4 2021 and was arrested on a warrant charging him with the Dec. 12 destruction of property, just two days before Trump supporters stormed the Capitol in an attempt to overturn the results of the 2020 presidential election.

During a search of his book bag at the time of his arrest, police found two high-capacity firearm magazines engraved with the Proud Boys insignia. In an interview with police, Tarrio admitted he had intended to transfer the magazines to a customer who was going to be present at the Jan. 6 rally.

WUSA9 is now on Roku and Amazon Fire TVs. Download the apps today for live newscasts and video on demand.

Download the WUSA9 app to get breaking news, weather and important stories at your fingertips.

Sign up for the Capitol Breach email newsletter, delivering the latest breaking news and a roundup of the investigation into the Capitol Riots on January 6, 2021.