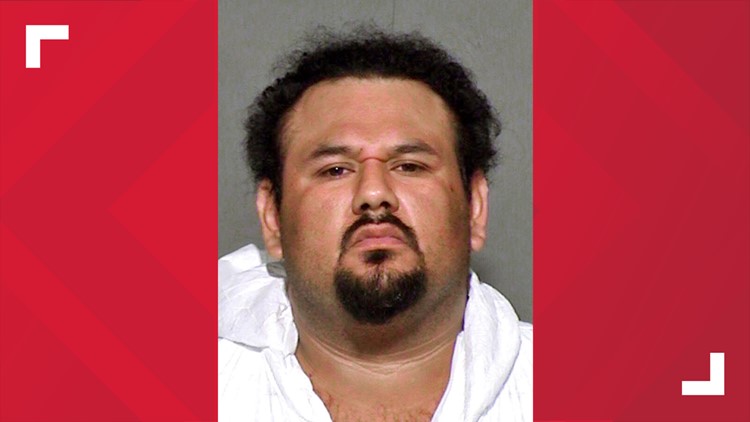 Photo by: AP
FILE - This undated file booking photo provided by the Maricopa County, Ariz., Sheriff's Office shows Apolinar Altamirano, a citizen of Mexico, charged with murder in the shooting death four years ago of a convenience store clerk in a Phoenix suburb. His attorneys are urging the Arizona Court of Appeals to reject an effort by prosecutors to seek the death penalty against their client. Altamirano has pleaded not guilty to a murder charge in the 2015 shooting death of Grant Ronnebeck.

PHOENIX — Prosecutors have lost another bid to seek the death penalty against an immigrant from Mexico charged with murder in the 2015 shooting death of a convenience store clerk in metro Phoenix.

The Arizona Court of Appeals denied a request by prosecutors to reinstate their effort to seek the death penalty against Apolinar Altamirano in the killing of 21-year-old clerk Grant Ronnebeck.

Prosecutors had appealed a decision by a lower-court judge that said they could not seek capital punishment because Altamirano is intellectually disabled.

The case against Altamirano has been cited by President Donald Trump, who has railed against crimes committed against American citizens by immigrants who are the U.S. illegally.

Trump has created a new office to serve victims of immigration crimes and their relatives. He also has invoked such crimes at rallies, pointing to cases in which people were killed by immigrant assailants.

Altamirano is a citizen of Mexico who has lived in the U.S. without authorization for about 20 years. He has been deported and returned to the U.S. in the past

He is accused of fatally shooting Ronnebeck at a store in Mesa after the clerk insisted that he pay for a pack of cigarettes. Authorities say Altamirano stepped over Ronnebeck to get several packs of cigarettes before leaving the store.

Altamirano has already been sentenced to six years in prison for earlier guilty pleas in the case to misconduct involving weapons.

He has pleaded not guilty to murder, robbery and other charges.

RELATED: After losing his son Grant, Steve Ronnebeck returns from building part of a border wall