The dark-colored SUV, possibly a Jeep Wrangler, sped off northbound, and the witnesses notified police. 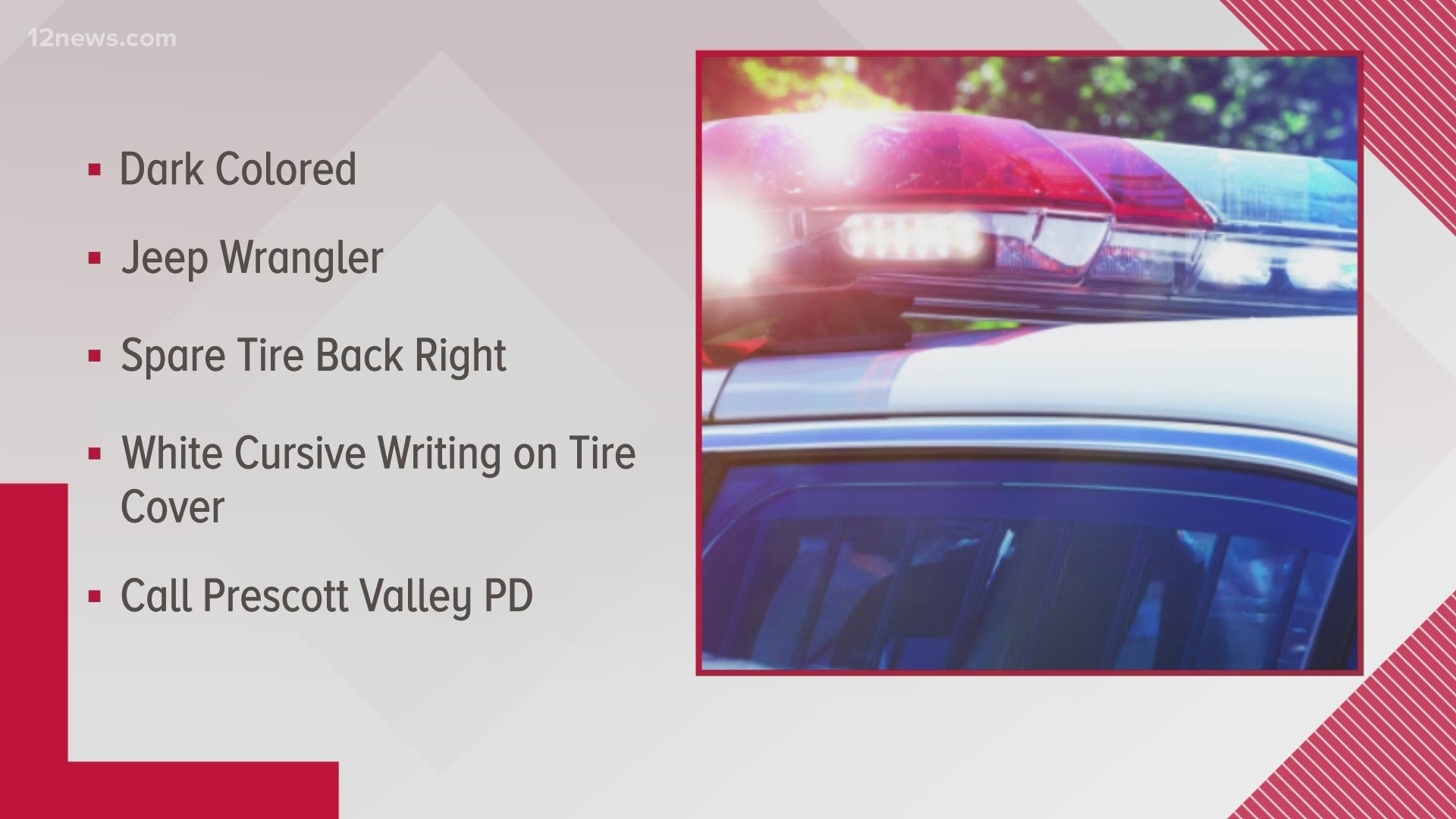 PRESCOTT VALLEY, Ariz. — Police are investigating after teen witnesses reported seeing a girl being forced into an SUV Wednesday night in Prescott Valley.

Two teenage girls were walking near Antelope Meadows Drive and Welsh Mountain Drive around 8 p.m. when they reported seeing a girl, between 10 and 15 years old, being forced into an SUV as she screamed for help.

Police say the dark-colored SUV, possibly a Jeep Wrangler, sped off northbound, and the girls ran to alert their parents.

The missing girl is described as having an average build with long dark hair and wearing jeans.

Investigators say the SUV has a hardtop, aftermarket lights on the side mirrors, and a covering on the spare tire with white, cursive lettering.

Anyone with information is asked to contact the Prescott Valley Police Department.