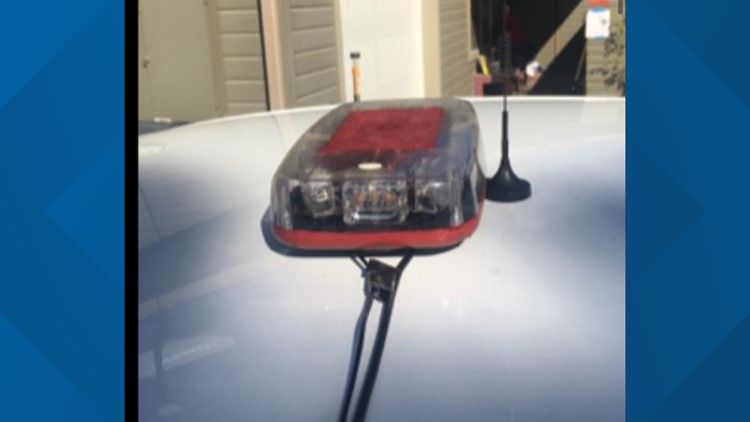 PRESCOTT VALLEY, Ariz. — Officials from the Yavapai County Sheriff's Office say a 72-year-old man was taken into custody for impersonating a police officer.

According to YCSO, on November 9 an off-duty detention officer reported seeing Joseph Collins driving a white passenger vehicle with emergency light bars on its roof and rear window.

The detention officer reportedly saw Collins pulling behind other cars and activating the emergency lights causing them to slow down.

When the detention officer pulled up to Collins he asked him if he was a law enforcement officer, Collins reportedly replied, "Maybe."

Prescott Valley police officers caught up with Collins near Highway 69 and Navajo Drive.

He reportedly denied trying to pull anyone over and told deputies he was following a driver with a possible medical issue out of concern for their safety but eventually stopped, according to YCSO.

Collins also allegedly told law enforcement that the light bars on his vehicle were safety devices.

Officials found a light bar on the roof of Collins' vehicle, a light bar in the rear window, law enforcement stickers and a radio antenna similar to those on police cars, according to YCSO.

He was also reportedly wearing a bright green reflector vest.

Collins was arrested for impersonating a peace officer and booked into jail on the single count felony.

He has been released pending a case review, according to YCSO.

• Arizona town with nearly 250,000 residents getting its first cemetery