Police say the driver put the truck in gear and rammed the patrol unit and crashed into a residential wall then took off. 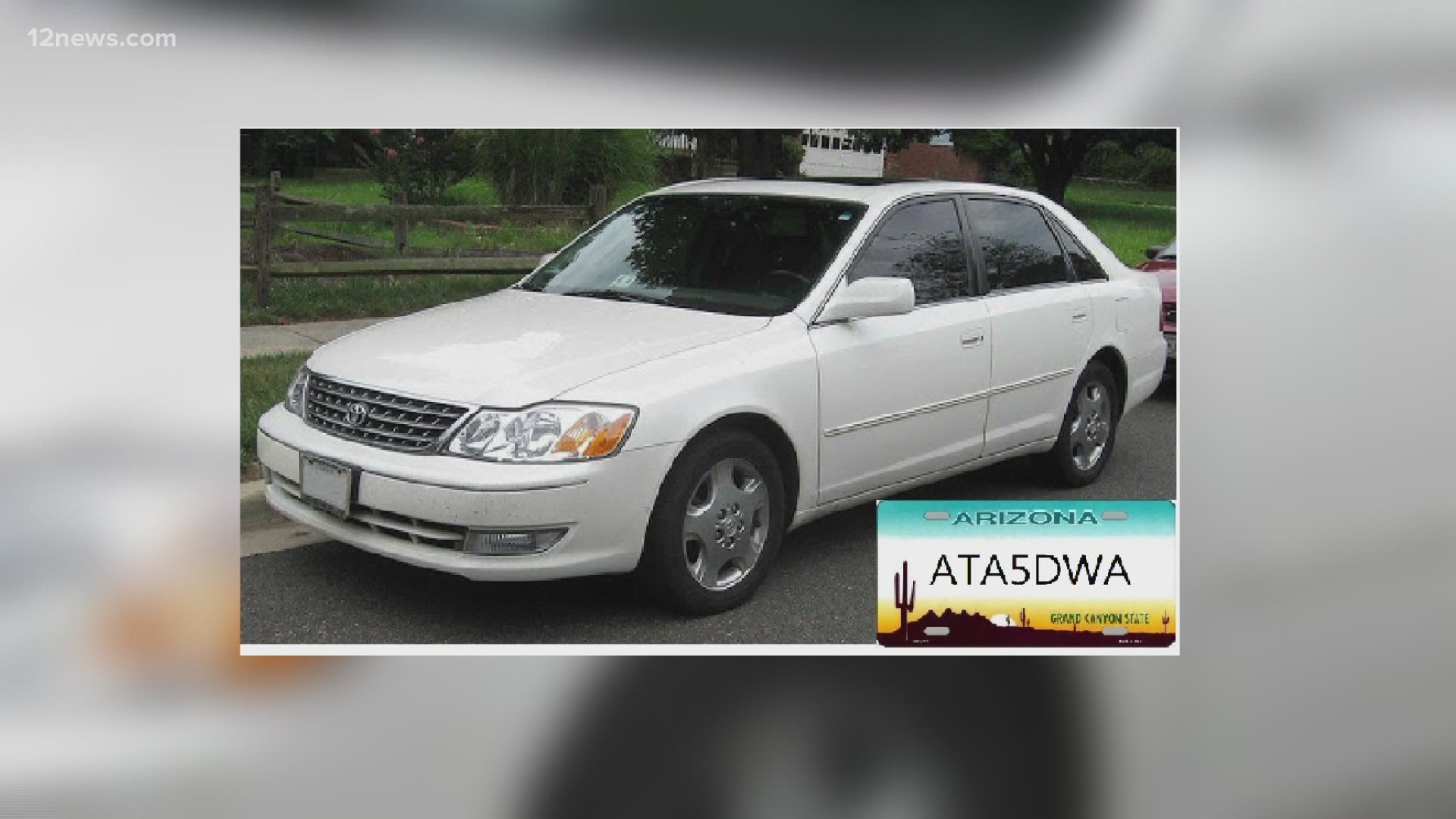 PHOENIX — Phoenix Police responded to a simple call about a suspicious vehicle Tuesday morning near 21st Avenue and Paradise Road.

They reported two people sleeping in a truck and during a basic Q&A session, and police say the driver put the truck in gear and rammed the patrol unit and crashed into a residential wall then took off.

Not far away, students were getting dropped off for school when officers say the driver of the truck carjacked a 17-year old and stole her white Toyota Avalon at knifepoint, and drove off with her car.

"The suspect had actually taken a woman's vehicle and I say a woman but it was actually a 17-year old that was dropping off an item for their sibling," Sgt. Maggie Cox said.

Neighbors like Ricardo Diaz have lived in the area for years and say, while the neighborhood itself is usually calm and cool, this situation is upsetting.

"Shame on him. There are better ways than having to steal cars from other people and hold them at knifepoint," he explained.

As an older brother and someone who's been held at knifepoint before, Diaz says it's disheartening to hear about the suspect's actions.

"The fact that I kind of know how she feels, the pain and the fear, it just hurts.

While no students or the vehicle owners were hurt in this incident, police say, the man is considered armed and dangerous.

"We want our community members to know, if you see this vehicle, please call the police, do not approach the suspect, he was armed with a knife," Sgt. Cox added.