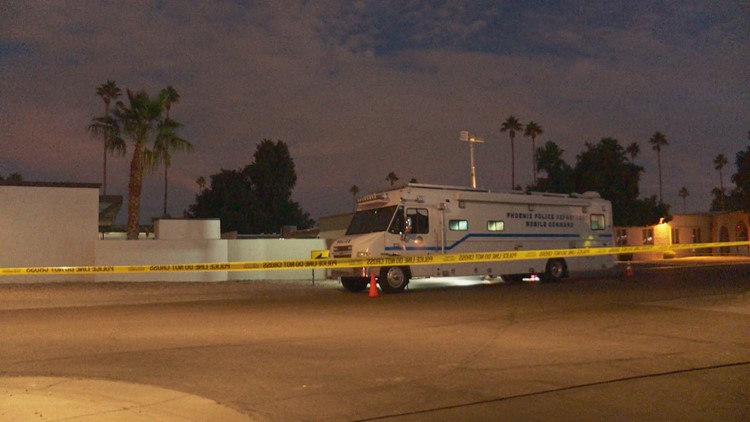 Photo by: Chencho Flores/12 News
Police investigate at the scene of a shooting near 39th Avenue and Camelback Road Dec. 16, 2018.

The Phoenix Police Department said a suspect in a homicide died by suicide as California authorities were trying to bring the suspect into custody.

According to police, 33-year-old Fiona Luvisi was suspected of shooting 43-year-old Sarah Hawkins to death in an argument on Sunday at an apartment near Camelback Road and 39th Avenue.

Police said Luvisi was found in Hemet, California Wednesday morning. Luvisi died by a self-inflicted gunshot wound as the Riverside County Sheriff's Department tried to make an arrest. A Phoenix PD spokesperson said that no other suspects are outstanding.

Police said Luvisi and Hawkins were dating and had broken up prior to the shooting.

No other details were released in the case.