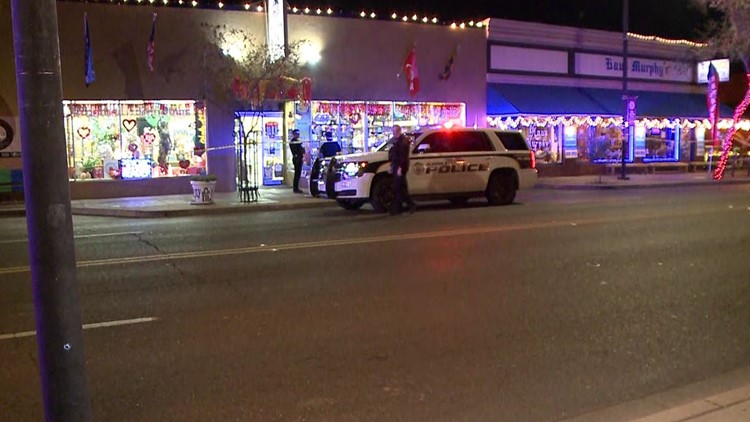 Suspect in custody after shooting, killing 1 in downtown Glendale

A suspect accused of shooting and killing a man in downtown Glendale on Saturday night has been taken into custody.

The Glendale Police Department said that the suspect, who was only identified as a 21-year-old man, was taken into custody overnight by another agency on unrelated charges.

The suspect is in Glendale police custody after authorities were able to determine that the suspect was the same man accused of killing a 53-year-old man near 57th Drive and Glendale Avenue.

The shooting took place behind the businesses in the area.

There was no motive given for the shooting.

Further details were expected to be released Monday.