Phoenix police say the woman's death is being investigated as a homicide. Her three kids were found at the home unharmed. 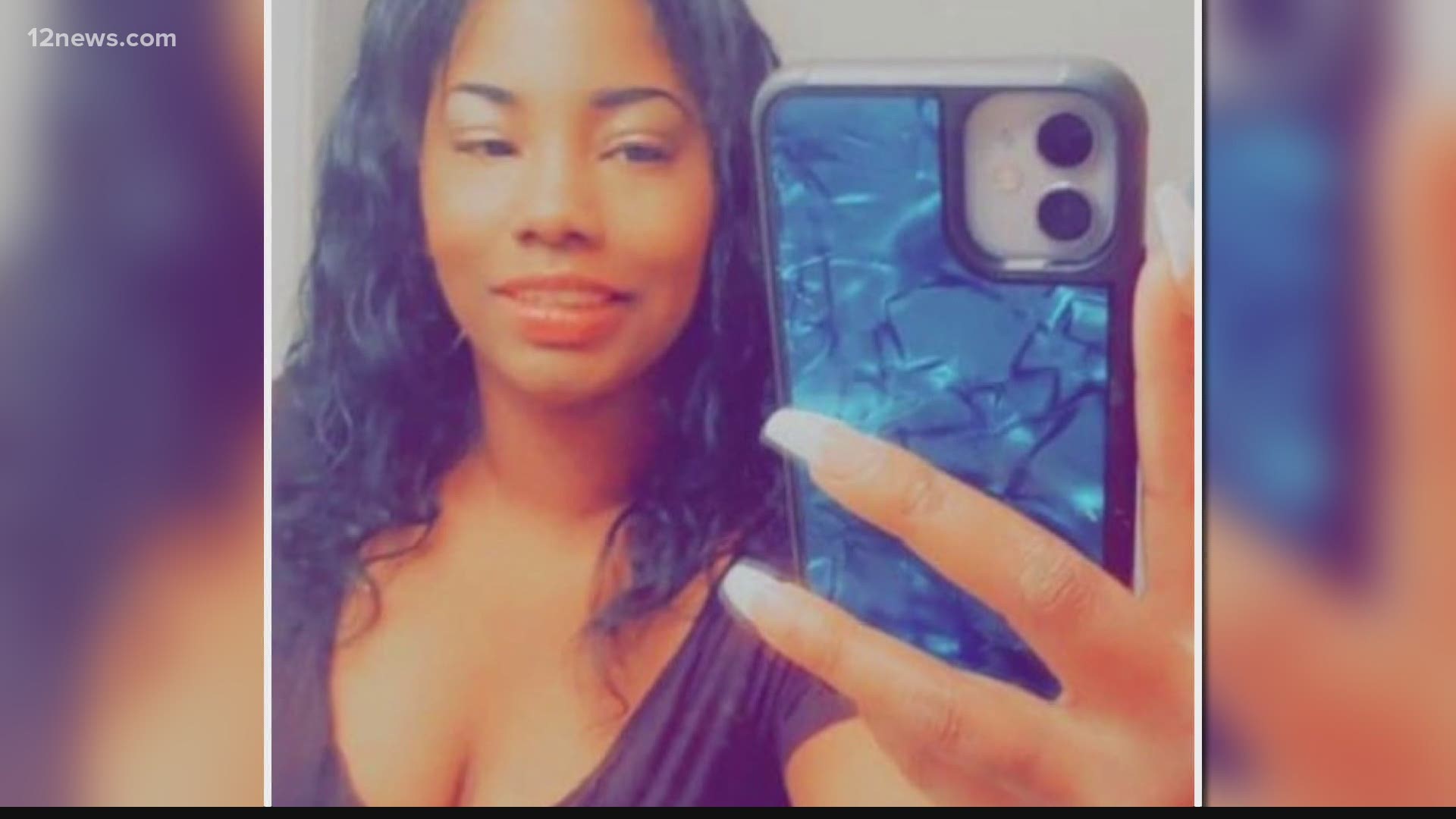 PHOENIX — A welfare check call on two naked children crying on a balcony led Phoenix police to discover the body of a mother that was killed inside her apartment Monday.

Shavone Robinson, 30, was found with “obvious signs of trauma,” allegedly with her arms around her four-week-old baby at her apartment near 19th Avenue and Camelback road.

Phoenix police were called to the Tide’s on 19th complex after a neighbor found two children, aged two and three, outside the balcony crying around 7:30 p.m. Robinson was the mother of all three.

“She just does what she is supposed to do, she works, she takes care of her kids,” said Kika Robinson, the victim’s sister.

Robinson's fourth child was at his godparent’s house at the time of the incident. She is also the youngest of eight siblings, her family said.

“It’s really hard to stay calm in a situation like this when you hear news of your youngest sister,” Kika Robinson said. “You just feel helpless.”

The victim’s sister says Shavone Robinson had moved into the new apartment two months ago but hadn’t heard from her since last Thursday.

She says it was normal for her to go days without talking to her family, but when their calls and messages went unanswered, they began to worry.

Police have not said when or Robinson died, but the family says investigators told them they “believe she was in there for a couple of days” before her body was found.

The family is now in the process of requesting custody of the four children. They have also set up a GoFundMe account to help with funeral expenses.

“That’s the good thing, the kids are safe, but we are now focused on getting her justice and getting all of our questions answered,” said Kika Robinson.