The mother was taken to a local hospital with what officers believe to be multiple self-inflicted stab wounds, the department said. 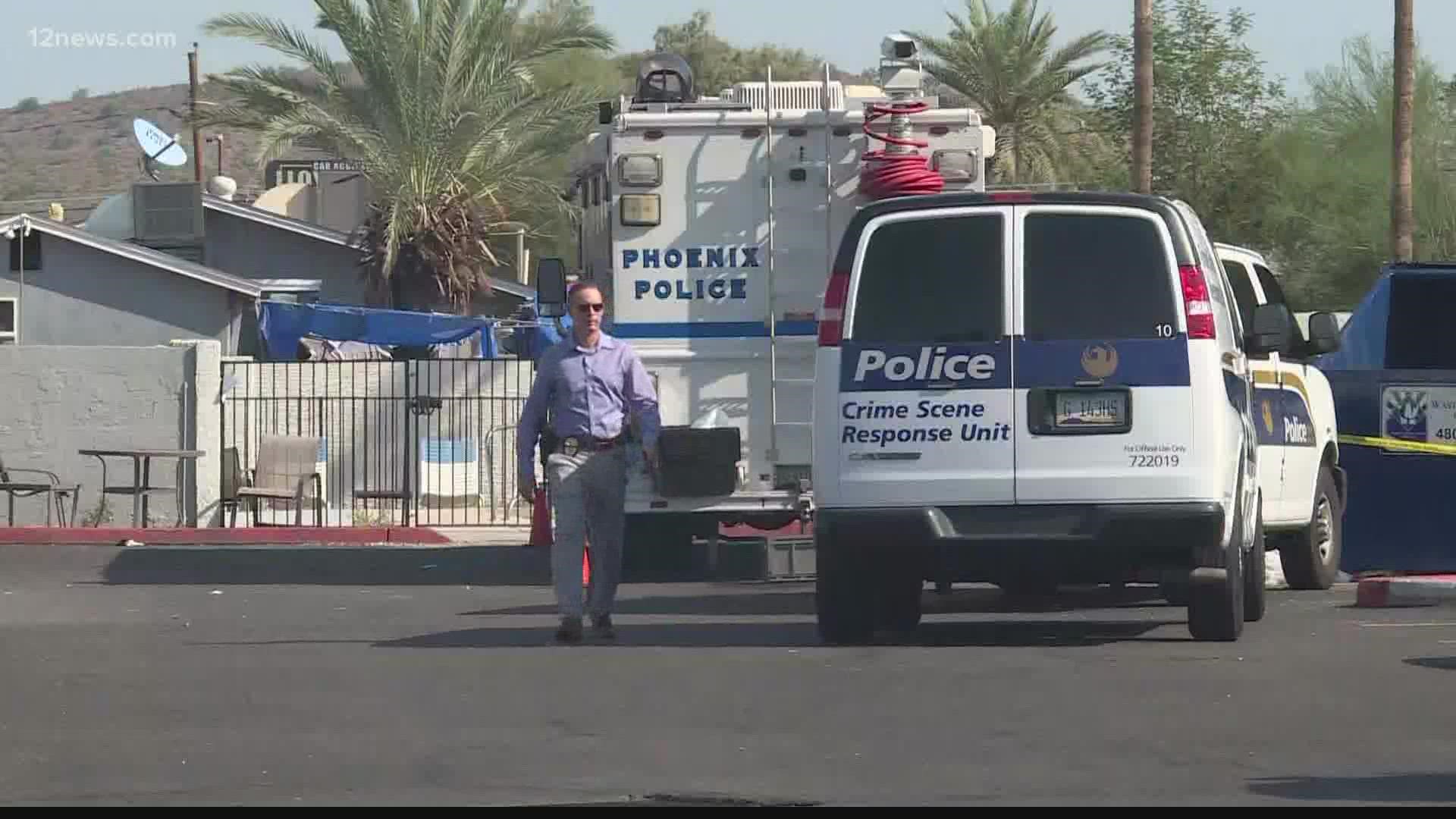 PHOENIX — Two children were found dead inside a Phoenix apartment complex Wednesday evening, and their mother was rushed to a hospital with serious injuries, according to the Phoenix Police Department.

Officers confirmed that a 4-year-old, Royal McIntyre, and 9-year-old, Aleyah McIntyre, were found dead at the scene, police said.

The medical examiner has not yet determined the cause of death of the two children.

The department got a 911 call from a man who said he found his children dead at his apartment around 6 p.m. near 13th Street and Mountain View Road. That’s east of Cave Creek Road.

When officers arrived, they found the mother with what they believed to be multiple self-inflicted stab wounds. She was rushed to a local hospital in critical condition, but is expected to survive.

Authorities said the children didn’t have obvious signs of injury when they were discovered.

Police said all three victims and the man who reported the crime are a family.

Investigators haven't released the identity of the children's mother.

Video from Sky 12 showed a large police presence in the area, and police said investigators would be in the area for several hours to figure out what happened.