Woman arrested in connection to hit-and-run deaths of father and son in Chandler, police say

Court documents show blood was seen on the hood of Michelle Hagerman's SUV which was parked outside her residence and matched the suspect vehicle in the hit-and-run. 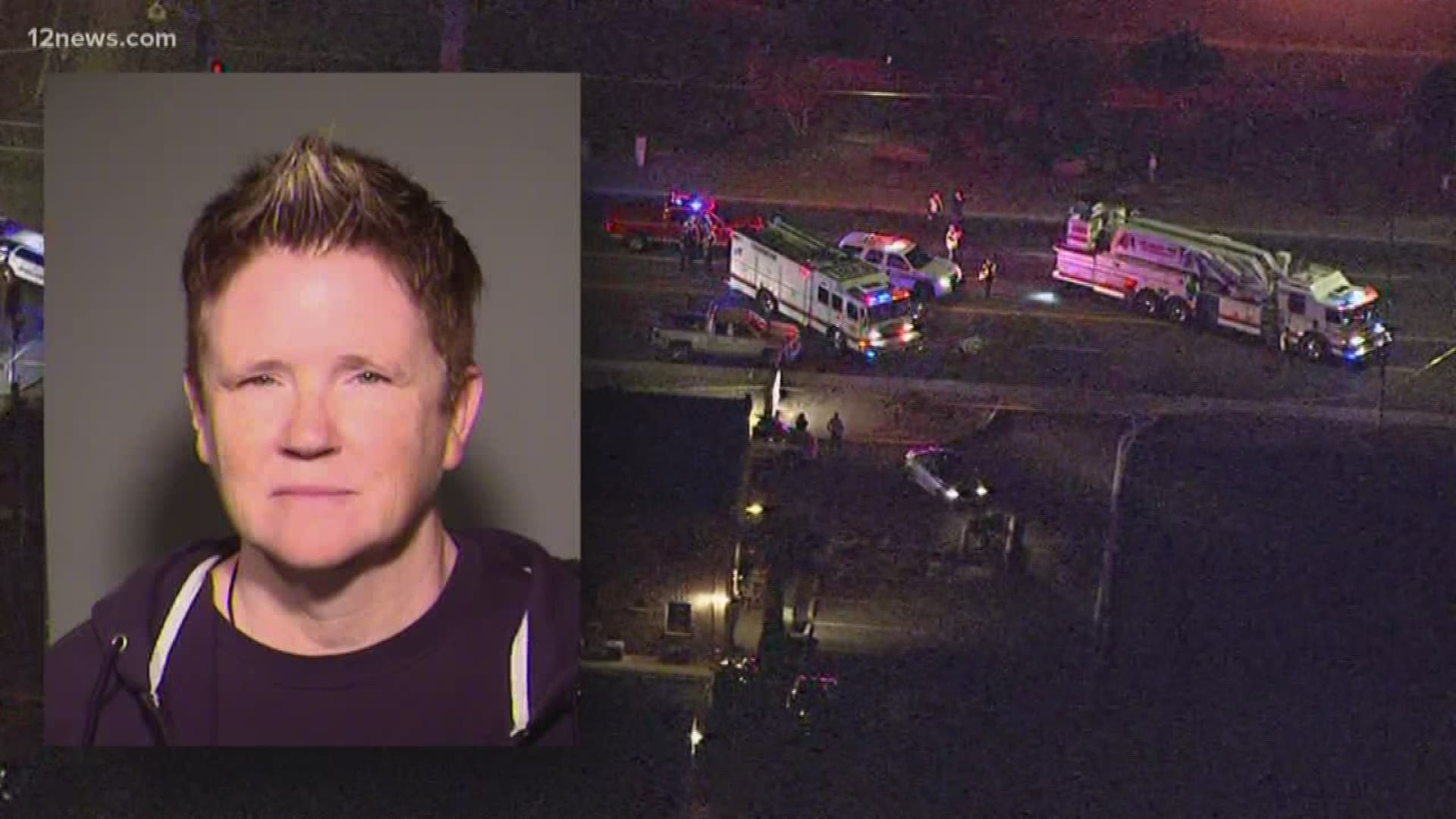 A 54-year-old woman was arrested in connection to the hit-and-run deaths of a father and son in Chandler Monday night, police said Wednesday.

According to Chandler PD, Michelle Ann Hagerman was arrested early Wednesday morning. She appeared in court on Wednesday and was ordered to post a $250,000 bond.

Hagerman is accused of hitting 50-year-old Mohammad Misbah Uddin and his 12-year-old son. Uddin was killed in the crash and his son later died at a hospital. Family members told 12 News Uddin had only been in the United States for 10 days.

Hagerman fled the scene after allegedly hitting Uddin and his son. Police launched a search for a dark-colored SUV.

According to court documents, an unidentified woman called Chandler Reginal Medical Center asking about the condition of Uddin and his son. That woman told a nurse her husband was driving the vehicle that hit them.

Police received a tip on Tuesday that a vehicle that matched the suspect vehicle had been spotted in front of a Tempe residence where Hagerman lived, court documents show.

According to court documents, police responded to the residence and saw blood on the vehicle's hood near the base of the windshield. The vehicle was registered to Hagerman, court documents show.

Hagerman was arrested and told police she thought she hit a dog, according to court documents. She said she was the only person in the vehicle and initially got out of the vehicle to observe the damage. The documents show Hagerman told police she walked back toward the crash scene, but after seeing several people getting out of their vehicles she got back into hers and left the scene.

A GoFundMe has been set up by the family of Mohammad Misbah Uddin. Click here if you would like to donate.